Atisha performed at the Namaste France concert in 2016 besides several national and international festivals in the past. 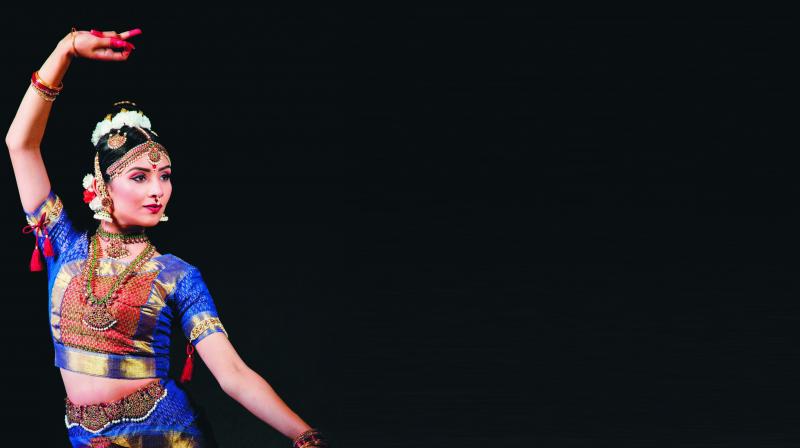 Delhi-based Kuchipudi dancer Atisha Pratap Singh recently took to stage to perform her Rangapravesham, the first solo debut on stage, in the city. While she has been appreciated for her dancing skills, very few know that she has also represented Delhi as well as India in football. “I love the game and have been playing for some time now,” says the 17-year old, who has been learning dance since she was three years old.

Talking about her first solo performance she says, “It sort of feels like a graduation. It is the final test where you showcase all your dancing skills, and it is a big moment for a dancer because to reach this point one has to put in years of practice. You can feel that you are better than what you were before, but there is still a lot to learn.”

She was quite nervous before her debut but feels it has opened the stage for many other performances in the future.

Trained under the guidance of Gurus Padma Bhushan Dr Raja Radha Reddy and Kaushalya Reddy, Atisha was introduced to dance by her mother, who wanted her to pursue this. “Initially I did not enjoy it, it took some time and a few stage performances in groups for me to develop an interest in this dance form. That is when I started taking keen interest and learning the finer details as well.” In fact, the first performance by Atisha was as a three-year-old. It was based on a poem by the then President Dr A.P.J. Abdul Kalam. Years after the performance, this memory became a big source of encouragement for Atisha.

Her gurus have been a great support to her as well, “Had it not been for the persistence of Kaushalya aunty, I would not have reached this stage. She made a lot of effort for me to reach this level. Her scolding has also helped a lot in my journey,” she laughs. The class 12 student recalls how dance practice in the evening would leave her feel tired and it was a task to manage her school studies as well as football practice.

Atisha welcomes the idea of fusion dance. “We already perform a lot of fusion with different types of music. But I am also open to fusion with other types of dance forms, it all depends on the type of dance opportunities that come my way in the future,” she shares. However, she prefers Kuchipudi to all other dance forms, “It is a satisfactory experience to be able to perform Kuchipudi. This dance form has given me a lot. It makes one confident and also fosters a lot of discipline and patience,” she shares.

Atisha performed at the Namaste France concert in 2016 besides several national and international festivals in the past. But the multi-talented youngster has not decided what she would like to pursue in the coming years. “I will see how the future rolls out, I am not taking any decisions as of now,” she concludes.

At her Rangapravesham, Atisha started with Ganesh Vandana and performed several other dance sets choreographed by her gurus.