Since its inception as the summer capital of British India, Shimla has had a history of amateur theatre. 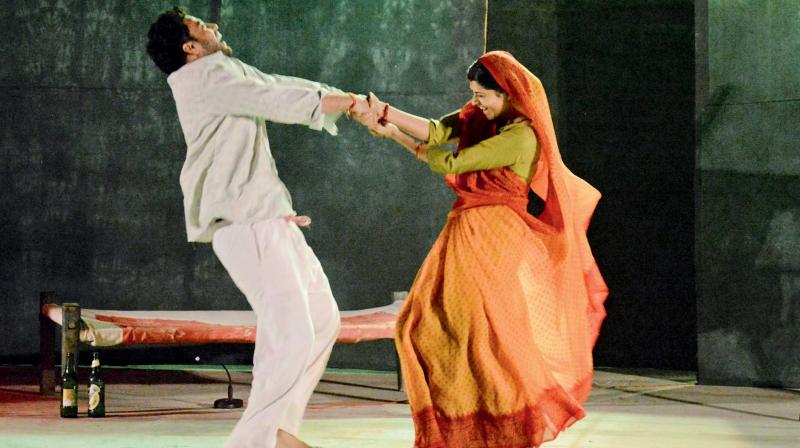 Since its inception as the summer capital of British India, Shimla has had a history of amateur theatre. The Shimla Amateur Dramatic Club or Simla ADC, is the oldest theatre club in North India, being set up in 1837. The first play it presented was on May 30, 1887, perhaps appropriately titled “Time Will Tell”. Till today, the club produces a minimum of one English or Hindi play per season, drawing on local talent.

Shimla has also produced notable theatre and cinema personalities including Manohar Singh, Prem Chopra, Priya Rajvansh, Anupam Kher, and Preity Zinta, and the who’s who of the theatre world have performed on the Gaiety stage including Prithviraj Kapoor, Shashi Kapoor, Utpal Datt, Naseeruddin Shah and many more.

The department of art language and culture and the Himachal Pradesh government is keeping the theatre tradition alive by hosting a National level theatre festival in the memory of Mr Manohar Singh. Principal secretary, Department of Art Language and Culture Anuradha Thakur said “it is really heart warming to see the reaction of the theatre community at large on being invited to stage their productions in Shimla. There is excitement and a certain awe as Shimla has this great theatrical heritage. The audience too looks forward to this annual event with great anticipation.”

Mr Manohar Singh was born in Shimla in 1938 and went on to head the National School of Drama, before moving on to cinema. He acted and directed and also wrote several plays. He was awarded the Sangeet Natak Akademi award for acting in 1982.

This year’s edition of the festival features five plays from Goa, Mumbai and Kullu.

The festival opens on a serious note, dealing with the subject of mercy killing with “Mahaprasthan”, a play directed by Afsar Hussain, featuring noted Goa theatre artist Deepak Amonkar.

“Lassanwallah” presented at the Mahindra Theatre Festival in Delhi last year is directed by the upcoming Mr Hemant Pandey, and written by Vidith Tripathi. It has a big cast of 16 members. A poignant tale of a farmer who depends on his crop of garlic to survive, the play also cleverly brings in issues of caste, but presented palatably, with humour. This is their first play — a folk musical drama-comedy written and performed in Khadi Boli. As Mr Hemant Pandey said “it was our dream to take this simple story to the interiors of India, to untouched audiences and we are so happy to be performing in Shimla”.

“I love you too”, again a comedy with a cast of 3, is directed by Sanjay Jha and is a Mumbai based production, last performed at the prestigious NCPA, Mumbai. The eagerly awaited very popular play written by Mr Manohar Singh himself “Nayan Bhari Talaiyeeyan” is presented by a theatre group from Kullu.

The festival’s finale’s production features noted Bollywood actor Sharman Joshi, in Kedar Shinde’s adaptation of the Marathi play “Sahi re Sahi” — “Raju Raja Ram aur Main”. A comic farce, the play is a riot. Joshi is on record saying “theatre helps bring freshness to my life”, it’s like oxygen for me”.

The venue of the festival is at the Gaiety Theatre on on the Ridge; entry by invitation only, cards available prior to the event, at the theatre.