The Pakistani jets dropped bombs while returning, officials said. There were no immediate reports of any casualties or damage. 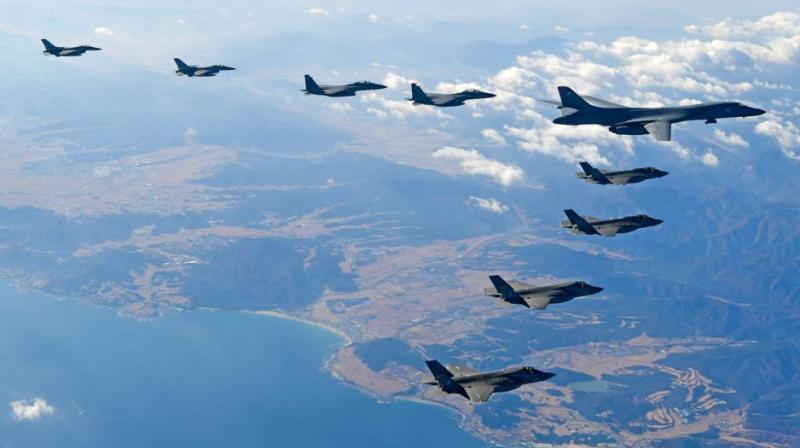 They were immediately pushed back by Indian jets on air patrol. (Representational Image | AFP)

The Pakistani jets dropped bombs while returning, officials said. There were no immediate reports of any casualties or damage.

They were immediately pushed back by Indian jets on air patrol.

Pakistan has claimed they launched “strikes across the Line of Control from within Pakistani airspace”, a day after India destroyed the largest Jaishe-e-Mohammed terror training camp in Balakot – 80 kilometeres inside the Pakistan border.

Pakistan’s foreign ministry statement said: “This was not a retaliation to continued Indian belligerence. Pakistan has therefore, taken strikes at non military target, avoiding human loss and collateral damage. Sole purpose being to demonstrate our right, will and capability for self defence. We have no intention of escalation, but are fully prepared to do so if forced into that paradigm. That is why we undertook the action with clear warning and in broad daylight."

It added: “For the last few years, India has been trying to establish what they call "a new normal" a thinly veiled term for doing acts of aggression at whatever pretext they wish on a given day. If India is striking at so called terrorist backers without a shred of evidence, we also retain reciprocal rights to retaliate against elements that enjoy Indian patronage while carrying out acts of terror in Pakistan. We do not wish to go to that route and wish that India gives peace a chance and to resolve issues like a mature  democratic nation."

#Pakistanstrikesback #PAF undertook strikes across LoC from Pakistani airspace. Sole purpose of this action was to demonstrate our right, will and capability for self defence. We do not wish to escalate but are fully prepared if forced into that paradigm#PakistanZindabad

Meanwhile, Srinagar, Jammu and Leh airports were on Wednesday closed for civilian air traffic on Wednesday morning amid escalation of cross-Line of Control shelling between armies of India and Pakistan.