The Saldanha family, originally hailing from Mangalore, acquired the tree, for Rs 250 over four decades ago. 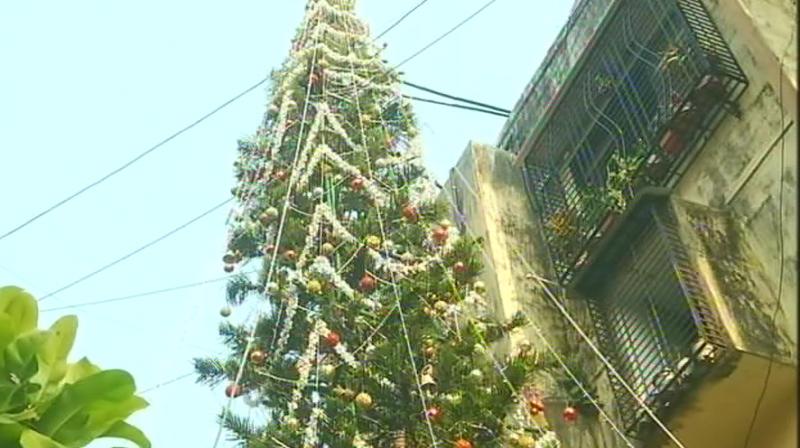 Mumbai: At 65 feet, or as tall as a seven-storey building, a pine conifer at a society in Worli in Mumbai is attracting visitors, for its tag of being India's tallest fully decorated Christmas tree.

The tree, located at a garden in Adarsh Nagar society in South Mumbai's Worli area, has been decorated with over 10,000 lights, bells, images of reindeer and snowmen, and a waving Santa Claus.

The Saldanha family, originally hailing from Mangalore, acquired the tree from a neighbour who grew it on his verandah, for Rs 250 over four decades ago, Douglas Saldanha said.

"My sister Twila and I re-planted it and watered it regularly," the 56-year-old landscape architect told PTI.

Saldanha said he has been tending to it for over four decades.

"For the past 12 years, we have been decorating it on every Christmas, from top to toe as you may call it," he said.

"My sister Twila used to help me in the decoration, till she left for the US and died in 2005 after battling cancer. I have been doing it since," he said.

"Twila's last wish was that I keep on decorating the tree fully so that she could see it from heaven," he said.

Come Christmas and the Saldanha family sees a steady stream of visitors who come to watch the tree and click selfies with it on their smart phones.

Meanwhile, Mumbaikars heralded Christmas with a midnight mass, the most prominent one being at the Mount Mary Church in suburban Bandra.