Make future accessible for disabled, leave no one behind

It has not achieved much in terms of providing enabling environments across sections of populations with various forms of disabilities. 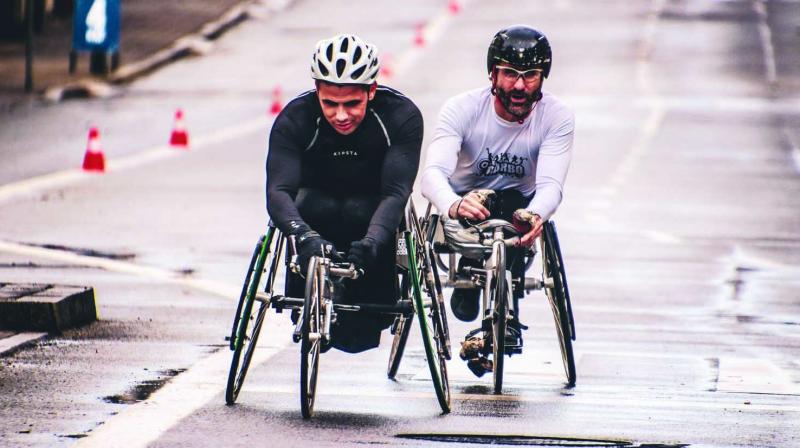 National data from some countries indicates and it could be in most of them that people with disabilities are four times more likely to be treated badly in the healthcare system.

Recent global statistics indicate that one in seven persons experiences disability. With over one billion stated to be in the category of disability and it disproportionately affecting older people (whose number is rapidly increasing), women (who are more than half of the total population) and poor people (the growing proportion of whom is a cause of worry in many countries, especially in developing nations), the concern is with how to make future more accessible for people with disability. It is a known fact that disability is universal but what is not generally recognised is that people with disabilities are 50 percent more likely to suffer catastrophic health expenditure than the general population though have the same healthcare needs. National data from some countries indicates and it could be in most of them that people with disabilities are four times more likely to be treated badly in the healthcare system. There is no doubt that as WHO member countries are gradually recognising that making all kinds of healthcare services accessible to people with disabilities will reduce unacceptable health disparities. This is an achievable goal and especially in recent times as disability is included in five of the goals of the United Nations 2030 Agenda for Sustainable Development. Goal 4, 8, 10, 11, and 17 can fast track the process towards inclusive and sustainable development for persons with disabilities.

We must all, as members of civil society, as governments, as rights based advocates, work towards a future where barriers of no matter what kind that stand in people’s way no longer exist be it in policies, programmes, services, goods and products. It is our responsibility that people are not excluded because of their impairments and if this happens it is our duty as citizens to overcome them. Disability is now universally recognised based on the WHO Global Disability Action Plan 2014-2021 “as an umbrella term for impairments, activity limitations and participation restrictions, denoting the negative aspects of the interaction between an individual (with a health condition) and that individual’s contextual (environmental and personal) factors”. Not wanting to be pessimistic, but we cannot ignore the fact that with ageing societies becoming the norm and age related infirmities becoming the experience of many, disability is a public health issue as much as it is human rights agenda and development priority. We have to strive for promoting concern for disability issues, mobilising enabling environments and supporting the cause for making facilities and provisions accessible for people with disabilities to maintain their dignity, rights and well-being.

As is now being acknowledged by those who feel for disability issues, we must identify the disabled by their strengths, promote their coolability, forget charity and subsidy-based thinking and encourage rights based approach for their inclusion and participation in development. The national strategy must be of empowering people with disabilities to let them have equitable share in resources, and as the SDGs agenda states “no one should be left behind” in meeting the targets of development by 2030. The key to success of achieving SDGs is in implementation. As we see in India and also seen in other developing countries it is the poor implementation of legislations to empower persons with disabilities that is the culprit of nation’s not making much progress in this regard. For instance, in India, the Rights of Persons with Disabilities Act, 2016, has various implementing limitations. It has not achieved much in terms of providing enabling environments across sections of populations with various forms of disabilities. We don’t see public places fulfilling the building standards by-laws that make pathways and buildings accessible to the disabled. Few places have put ramps in place but that is not enough infrastructural input. The inclusivity of “leaving no one behind” is missing and inter-departmental coordination to fulfill goals to make accessibility a priority is lacking as much as it is in understanding and accepting people with disability.

It is true that both structural and attitudinal change is required across countries for including persons with disabilities in development and this is not achievable unless accessibility is a fundamental criterion for their inclusivity. We need an overarching focus on removing physical, technological and attitudinal barriers for people with disability. I see so much ageism prevailing in our societies as a result of age related impairments, which needs to be earnestly stopped. Improving the lives of people with disability, their families and carers must be strategically an agenda of all governments. There is need as seen in India for a national framework for reform to include people with disability in the development agenda, in education, employment, health, infrastructure considerations, in economic planning, and so on. The government and civil society must seek to create a society that enables people with disability to fulfill their potential as equal citizens as is happening for example in Australia. The future lies for persons with disabilities in accessibility through a rights based approach.

The writer is a sociologist, health social scientist and gerontologist working as associate professor in Maitreyi College, University of Delhi, India. She is also chairperson (development) at the Welfare and Research Foundation and Asia representative of the International Network for Prevention of Elder Abuse.