As the year draws to a close, the obsessive bibliophile in me delights in recommending my top books of 2017. 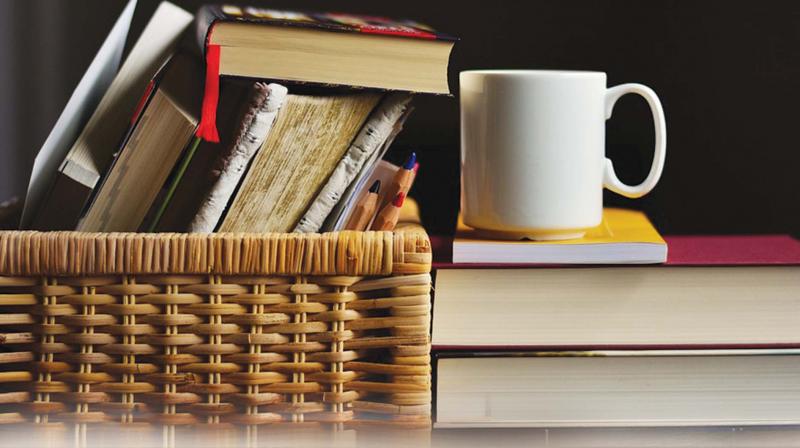 As the year draws to a close, the obsessive bibliophile in me delights in recommending my top books of 2017. Naturally, a list like this cannot be exhaustive — there are titles I might have included if there was no space constraint. But, as Doris Lessing, said, “With a library you are free, not confined by temporary political climates. It is the most democratic of institutions because no one — but no one at all — can tell you what to read and when and how.”

Non-Fiction
A “bibliomystery”, The Book Hunters of Katpadi, by Pradeep Sebastian, is quietly erudite and bears the light touch of someone who values all things written and books.

The Bengalis, by Sudeep Chakravarti, is well researched, elegantly written, witty and sassy. The refreshing aspect is that it simultaneously praises and takes the piss out of Bengalis with fairness and a sense of understated irony. The latter is a difficult ploy, especially for a Bengali writer — Bengalis tend to have “a roiled history, schizophrenic emotion and heightened sense of self”. Stylishly phrased with panache and lucidity, we finally have an accessible, grown-up book about the wider Bengali community.

Sheela Reddy’s Mr & Mrs Jinnah had me riveted by the story and the telling of it. It is a substantial book — historic, panoramic, epistolary, deeply researched, wonderfully narrated and beautifully written. One of the most engaging and intellectually stimulating titles is Ramachandra Guha’s Democrats and Dissenters. Written with incisiveness and brio, this volume explores the transformative ideas of politics, society, ideology and more. Sunita Narain’s Conflict of Interest importantly tackles the urgent agenda of anthropocene and other related issues in a style that is lucid, straightforward and convincing.

Sumana Roy’s style is poetic, gentle and unique among the younger Indian writers, and her first book, How I Became a Tree, is a testimony to her fine talent. Aanchal Malhotra’s Remnants of a Separation is a personal agglomeration of narratives of that tumultuous time — stories told through interviews, dialogue, personal memories remembered by its many protagonists, objects people carried with them when they were uprooted before exiled to their new countries, photographs, letters — all told in an effortless, conversational style.

Fiction
Among the literary heavyweights, some writers punched above their weight, few maintained their competition category, while others were droll and unimpressive. Salman Rushdie’s The Golden House, Arundhati Roy’s The Ministry of Utmost Happiness, Akhil Sharma’s A Life of Adventure and Delight, Mohsin Hamid’s Exit West, Nadeem Aslam’s The Golden Legend, Kamila Shamsie’s Home Fire have been amply discussed over the year, so let me focus on others that have given me much reading pleasure.

Leila by Prayag Akbar is an outstanding debut — a dystopian book that explores reality, violence and politics in an uncluttered narrative tone. Anees Salim’s The Small Town Sea explores the idea of loss with irony and humour. Anuk Arudrapragasm’s fine debut, Story of a Brief Marriage, which won the DSC Prize for South Asian Literature, is set in Sri Lanka during the civil war, and poignantly explores the horrors of war over 24 hours in a refugee’s life.

Easterine Kire’s Don’t Run, My Love is a magical novella; Sabyn Javeri’s Nobody Killed Her is sassy and full of energy that can only come from an intelligent feminist writer. Meena Kandasamy’s When I Hit You is a searing and timely comment on domestic violence and more. Four other books I enjoyed reading are: Manu Joseph’s Miss Laila Armed and Dangerous, The Girl who couldn’t Love by Shinie Antony; The Golden Dakini by Charu Singh; and Polymorphism by Indira Chandrashekhar.

From the commercial list, the books I enjoyed for variedly different reasons are Anuja Chauhan’s Baaz, Sonu Bhasin’s The Inheritors and Anusuya Gupta’s piece in Millionaire Housewives. In crime fiction, I enjoyed Juggi Bhasin’s Fear is the Key, Kulpreet Yadav’s Murder in Paharganj and Vish Dhamija’s Unlawful Justice.

I Was the Wind Last Night by Ruskin Bond is a beautiful hardback containing new and collected poems from the 1960s to now. Spread over its pages are a gentle array of verse primarily invoking nature and the human condition, mostly written in Mussoorie and Landour: “There is nothing to keep me here./Only these mountains of silence…” Saleem Peeradina’s two new books, Final Cut and Heart’s Beast: New & Selected Poems, contain work that deftly employs various forms: couplets, tercets, long-line quatrains and prose poems, among others.

Biswamit Dwibedy’s third book, Ancient Guest, is tightly wrought, evocative, innovative, experimental, using language with utmost care, tautness and facility. This collection of four series of poems explores the historical and the mythological, the spiritual and the sexual. In Sharanya Manivannan’s second book of poetry, The Altar of the Only World, her phrase-making is exquisite, line-breaks beautifully weighed and story-telling fable-like. In Girls Are Coming Out of the Woods, Tishani Doshi returns to the themes of childhood, cities she has lived in, travel, the idea of home and homecoming, and to the universal emotions of love, grief, suffering and anger.

At the core of Linda Ashok’s fine debut volume, Whorelight, is a subtle meditation on light — the lack of it (darkness/negativity), too much of it (over-exposure/elation), and the not-oft talked about zone of penumbra (containing the vicissitudes of life and living).

Translations
“A slender maid in the forest roamed,/from time to time reclining/in the shadows of the trees,/her hands lifting up her dress/from her breasts to ward off moonbeams.” The great Sanskrit poet Bhartrihari’s Three Hundred Verses has been masterfully rendered into contemporary English idiom by A.N.D. Haksar. Two painstakingly translated poetry volumes — with the human condition, politics and nature at their core — are Perumal Murugan’s Songs of a Coward: Poems of Exile translated from Tamil by Aniruddhan Vasudevan, and Sananta Tanty’s Selected Poems translated from the Assamese by Dibyajyoti Sarma.

In a Foreign Land By Chance by Nabaneeta Dev Sen (translated from Bengali by Soma Das), is a wonderful novella that tracks the transforming life of an English-language Indian poet, Bipasha Choudhury, who is part of a writer’s group in Czechoslovakia. It is a moving narrative referring to the Naxalbari period in India while Czech Republic is still a socialist state under Soviet dominion.

Saugata Ghosh’s excellent translation of Syed Shamsul Haq’s Two Novellas is a good example of cross-border project of shared literary history. Rahi Masoom Raza’s novel, Scene 75, written in the mid-’70s is a dark, funny, satirical, surreal and fascinating look at the Hindi film industry of that time. It is excellently translated from Hindi into contemporary English by Poonam Saxena. Some of my other favourites are: Gulzar’s Footprints on Zero Line translated by Rakhshanda Jalil; Gangadhar Gadgil’s A Faceless Evening translated from Marathi by Keerti Ramachandra; A Thousand Yearnings translated by Ralph Russell; and A Night with a Black Spider by Ambai.

Photography, Art, Children & Cookbooks
Dayanita Singh’s Museum Bhavan is a unique box-book with little booklets that do not contain conventional bound pages, but a papyrus garland that unravels like a concertina — and when fully opened, forms a miniature exhibition — portable and intimate. The individual, collective and thematic photographs act both as a window to the everyday life around, and the socio-political and historical context of men, women, family, machines — of commodification and trade, of profit and despair, of the unique and the quotidian — but ultimately they are all about permanence and evanescence.

Sooni Taraporevala’s arresting photographs in Home in the City: Mumbai 1977-Mumbai 2017 cuts across class and community lines, providing an insider’s affectionate view of the city she considers home. Within Without: The Path of the Yogi by Briana Blasko is a gentle, lovingly told photo-journey that arouses a deep sense of peace and calm.

Manjula Padmanabhan’s excellent play, Harvest, inspired by news stories about the illegal trade in human organs, won the Onassis Award for Original Theatrical Drama in mid-1990s. In a wonderful revised-expanded edition of Harvest, with a new introduction by the playwright, this volume is a must-have for serious theatre lovers.

A new graphic novel, Vyasa, by Sibaji Bandyopadhyay (beautifully illustrated by Sankha Banerjee), held me spellbound from the beginning to the end. It is tightly put-together with elements of pace, image and narrative in a fine-tuned balance.

Children’s books that stood out for me include: Namita Gokhale’s delightfully-told tale, Lost in Time: Ghatotkacha and the Game of Illusions; Anita Nair’s Muezza and Baby Jaan: Stories from the Quran and Raja Sen’s The Best Baker in the World, which is a tribute to Francis Ford Coppola’s film, The Godfather.

Cookbook-memoirs that whetted my appetite are: Sadia Dehlvi’s Jasmines and Jinns; The Flavour of Spice by Marryam H. Reshii; Lathika George’s The Suriana Kitchen; and The Wholesome Kitchen by Pooja Dhingra — all well-researched and beautifully produced.

A surprising collection of 13 ghost stories, Boo, wonderfully edited by Shinie Antony, is a perfect Christmas read. While India Dissents: 3000 years of Difference, Doubt and Argument edited by Ashok Vajpeyi, and India Now and in Transition edited by Atul K. Thakur, are for more serious holiday readers. The Best Asian Short Stories, well-curated by Monideepa Sahu; and Burning the Sun’s Braid: New Poetry from Tibet, edited and translated by Bhuchung D. Sonam are two excellent anthologies.

Sudeep Sen is an author. His prize-winning books include EroText and Fractals: New & Selected Poems 1980-2015