Even though writing this memoir has been cathartic for Navare, it was equally a painful process. 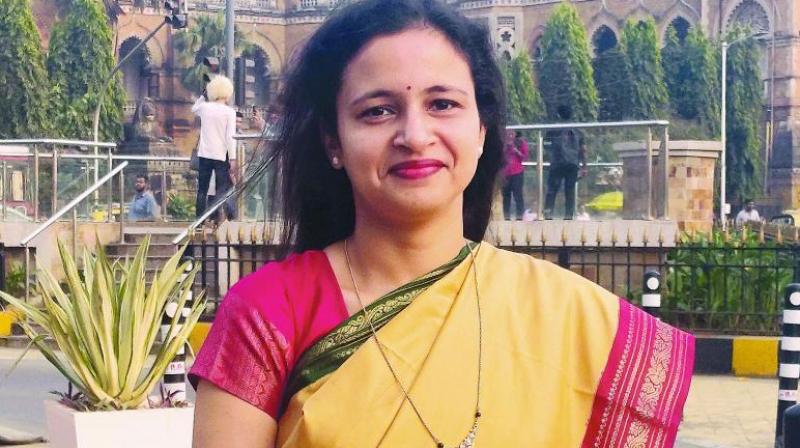 After spending a fun-filled day of sightseeing with her husband’s cousin, Jui Karkare Navare was on her way home in Boston when an unexpected phone call left her rattled. Her sister, who was residing in Germany, had just seen the TV news channels airing visuals of their father Hemant Karkare. Amidst the shocking carnage unfolding in the capital of Maharashtra, Karkare, the chief of the anti-terrorism squad of Mumbai Police, was filmed putting on a bulletproof jacket and a helmet and going forth in the direction of the terrorists. The news deeply perturbed Navare, but being the oldest of the three siblings, she assumed the responsibility to remind her sister that their father was invincible, as he had been several times before. A couple of hours later, Karkare’s name emerged as one of the earliest martyrs of the 26/11 Mumbai terror attacks.

Eleven years after his death, Navare recounts the moment when she learned of her father’s martyrdom in a heart-warming biography Hemant Karkare: A Daughter’s Memoir. “I thought writing a book about him would be a way of coming to terms with the loss,” says Navare who launched the book on the anniversary of the terror attacks. Karkare has been immortalised in the public conscience as a courageous police officer who upheld his khaki when the hour demanded, but the memoir attempts to bring to life who Karkare was outside his uniform – a father, a husband, a friend, an artist, a social worker and an avid reader.

“I feel people can learn a lot from my father’s story. He was always so focussed and determined, and there are so many examples of it from his day-to-day life,” says Navare about the Ashok Chakra awardee whose conscientiousness inspired her to pen down the memoir. In fact, Navare credits her late father’s ability to see the positives that helped her battle grief after his untimely demise. Recalling the time from her childhood when her father was posted as the Superintendent of Police in the Naxalite-infested Chandrapur, Navare illustrates: “My mother used to get letters asking her to wipe off the kumkum from her forehead as her husband was a marked man. But at home, we never had any strained atmosphere; nobody could tell that my father was receiving death threats on a regular basis. It was this positivity that inspired me to write the book.”

Mosaicked with colleagues, acquaintances, friends, and relatives reminiscing and eulogising Karkare, the memoir patches together the life of a celebrated public servant with the one of a loving family man. But what helped Navare go beyond what she already knew about her father was a serendipitous encounter with a trunkful of his correspondences, diaries, and letters during her family visit in 2009. As Navare read the diary entries made by her father as a college student, she couldn’t help but marvel at the maturity, focus and a strong yearning for identity and ambition displayed by young Karkare. “As I read those diaries, I wondered how anyone could be so focussed at a mere age of 21. In one diary entry, he had written: ‘My friends always call me Chief, I should not let them down’. He was a natural leader even at that age,” she muses before adding that the biggest takeaway of this book is how one can achieve excellence in every walk of his or her life.

Even though writing this memoir has been cathartic for Navare, it was equally a painful process. With the first few chapters written only a year after the terror attacks, the readers will find Navare dealing with the loss straight from the shoulder. From the breaking of the news, funeral, to the case of the missing bulletproof jacket, the full-time software developer recounts it all to a tee. However, writing took a backseat when Navare welcomed two daughters a couple of years later. It was only when her mother Kavita Karkare, who recently lost her life due to brain hemorrhage, expressed her desire for Navare to see the book published that she took back the reins. “I joined a non-fiction think tank where I had written about my dad’s funeral. The people were fascinated to know about the different processes involved in the funeral. Since they wanted me to write those emotions, I could not be the distant on-looker, I had to re-live it again. I could imagine being at the funeral again, feeling the heat of the burning pyre,” reveals Navare about realising how emotionally draining it had come to be.

Karkare’s 25-year-long career was marked by noteworthy achievements, whether it was nabbing the members of a Hindutva extremist group responsible for the Malegaon bomb blasts or representing the country in Vienna conventions. Today, after more than a decade, Navare echoes her mother when she calls her father’s martyrdom as ‘an enviable death’. But in May 2019, when MP Pragya Thakur, who was one of the alleged accused in the Malegaon blast case, called Karkare’s death karmic justice, there was an abhorrent attempt to malign the martyr. While Navare chooses to maintain a dignified silence on the issue, she’d conclude by reminding: “My father is a national hero, and a martyr’s name should always be taken with respect.”