France and Russia are among the countries which have offered to help train our crew, says Sivan. 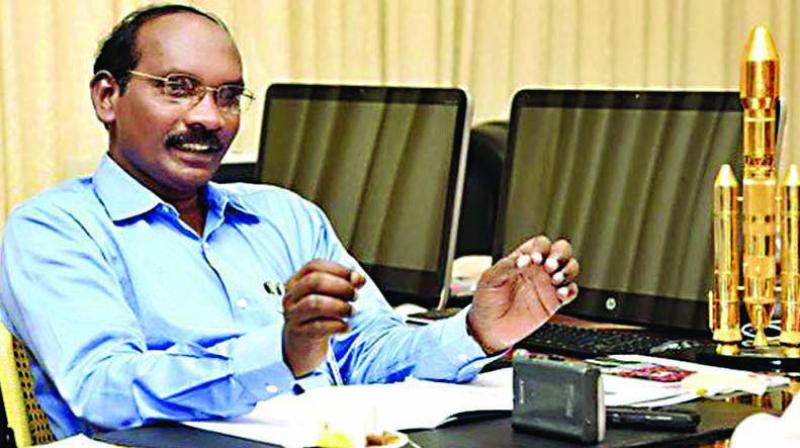 Rocketry is the forte of Dr K. Sivan, Chairman, ISRO, but this expertise has evidently rubbed off on his style of functioning as he drives his colleagues to launch three Indians into space eight months ahead of the schedule of August 2022 announced by Prime Minister Narendra Modi. He has knit up many teams to accomplish this high profile mission, (Gaganyaan), and one of these teams, has been working till the early  hours every day to complete a review of the design of the crew module and systems by January 15. Excerpts:

What’s at the top of your to-do list as the Union cabinet has approved Rs 10,000 crores for ‘Gaganyaan’ human space flight programme?
At our headquarters, we have put together 24 scientists and engineers drawn from all facilities of ISRO to review the design and systems of the crew module which will transport three Indians to outer space. The crew module will be designed for a three-member crew but we don’t know how many members will ride into outer space on D-day. This team will complete the design review by January 15, and then commence integration of all systems. We plan to fly the crew by December 2021, eight months ahead of the schedule announced by the Prime Minister. And to make sure that everything goes off without a glitch, we have planned two unmanned flights (empty crew capsule), one in December 2020, and the second in July 2021.

The earlier estimate for the human space flight programme was Rs 14,000 crores, so how will ISRO manage to accomplish this mission with a leaner budget?
We can do it with Rs 10,000 crores as we realized that establishment of some facilities could be avoided, and thus brought down the cost of the mission. We have completed many tests before a formal announcement of the mission as the government has been releasing funds as part of our annual budget in recent years.

Will ISRO turn to the IAF or other space faring nations for selection and training of the crew members?
This decision will take some time, but yes, we will take their help at an appropriate time. France and Russia are among the countries which have offered to help train our crew.

Will a woman make it to the first flight to outer space from Indian soil?
We want to include women in the list of crew members but this is certainly not in our hands because the selection and training procedures will be extremely rigorous. So a call will be taken just before the flight about the composition of the crew. We will design the crew module for three members but at this point in time, I cannot tell you if two Indians will make it on the first flight, or a three member crew will board ‘Gaganyaan’ in December 2021.

ISRO is attempting a human space flight mission many years after China’s successful journey into outer space?
That’s ok. We are not in a race with China. Our focus is to provide good communication, broadcasting a weather forecasting facilities in the country. We were also successful with our missions to the Moon and Mars. This year, we have planned 32 missions, including our second probe to the Moon, Chandrayaan-II, and will work for the success of each of these programmes.