Technology   In Other news  06 Mar 2022  The Power of Scocial Media; A virtual weapon in modern warfare
Technology, In Other news

Ukraine requested Elon Musk to provide them with non-stop internet connectivity, & has used that facility to gain immense advantages so far 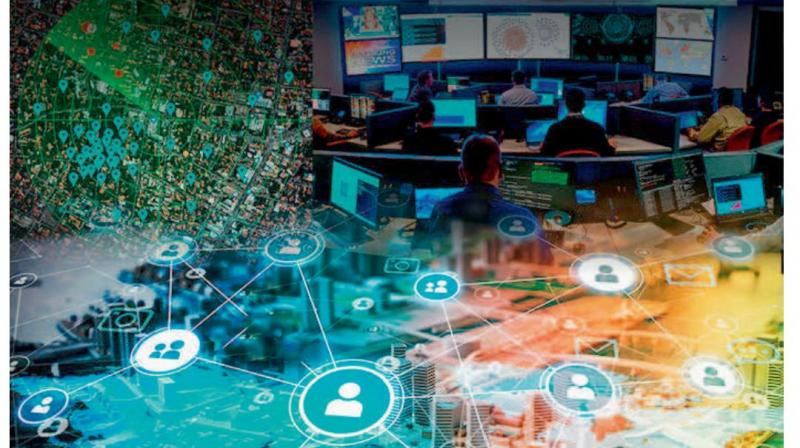 The government put out a tweet seeking donations in cryptocurrencies, and people from across the globe contributed 9.9 million dollars in just 48 hours (It’s now above 20 million).

While some Ukrainians are twitter-bombing in a bid to inspire the world to take a
tough stand against Russia, young politicians, professionals and even models have been posting stylish pictures of themselves with Kalashnikov rifles, encouraging people to pick up arms and resist the invading Russian forces.

Even Ukraine’s President Volodymyr Zelenskyy is using the platform as a force to fight the enemy, connecting with his people via social media and exhorting them to fight and drive out the Russians. In fact, social media appears to be the most potent weapon for the Ukrainians in the current war. If it hadn’t been for this
particular battlefront, perhaps Russia, with its state-of-the-art weapons, may have been in a stronger position than it is today.

Ukrainian President and onetime actor Volodymyr Zelenskyy put out a selfie- style video viewed 3 million times within an hour as part of an effort to mobilize
international opinion against the Russian invasion of his country. And it is clearly working.

SOCIAL MEDIA, A TOOL OF WAR

The Ukrainians have launched a stunning defense, and pitched street battles using everything from Molotov Cocktails to automatic weapons including Ak-47s,
have succeeded in halting the Russian forces. “Social media is a tool of war which is a high-speed, fast-track subset of the larger media and has the capability of producing instant results. It is an influence enabler,” feels Lt Gen P R
Shankar, former Director General, Artillery, Indian Army and currently Professor,
Aerospace Department, at IIT Madras. Fundamentally, he says, the domain in which a war is fought is a three-tiered sandwich of data, information and knowledge. He explains that the media conveys information to create a knowledge narrative for recipients, and the narrative in turn influences people and governments to chart a course of action for a desired outcome.

Ukraine requested Elon Musk to provide them with non-stop internet connectivity, and has used that facility to gain immense advantages so far:

● The government put out a tweet seeking donations in cryptocurrencies, and people from across the globe contributed 9.9 million dollars in just 48 hours
(It’s now above 20 million).

● When Ukraine’s minister for digital transformation announced the creation of a volunteer “IT army” for cyber defense and attacks, 1,75,000 people (and counting) joined the Telegram channel

● Ukrainian MPs like Kira Rudik and Oleksiy Goncharenko and former Miss Ukraine Anastasia Lenna posed with weapons, and the photos went viral on social media, leading many of their countrymen to pick up arms and receive training to fight the enemy

● Through TikTok, Ukranians are teaching people how to drive abandoned military vehicles. In short, the numbers of those putting up a resistance have
grown exponentially through effective use of social media propaganda.

“It was a clever move to ask Elon Musk for satellite internet. Social media is definitely the most potent weapon of psychological warfare in this age. While
the platform is mostly controlled by the US, and Ukraine has the sympathies of USA, for Russia, it has come as a huge disadvantage as social media companies
pulled out support to the Russian state media,” says Lt Col (Retd.) Mohan Bhandari.

Pointing out that very few people are aware of the history behind the current conflict, he stresses that the visuals of an invading Russian Army disrupting civilian life has created a very negative image of Russia, and there is huge sympathy for Ukraine due to social media.

“Informality and lack of controls in social media is an advantage. The facility to share posts allows messages to spread like wildfire. Had Internet been banned in Ukraine, the situation would have been entirely different,” says Lt Col Bhandari.

Shalini Samuel, an influencer on Instagram and YouTube, says social media has emerged as the most powerful medium to galvanize public support. “In times of
war, it can be that one weapon that can drive the difference between large scale destruction and the saving of human lives, resources and livelihood,” she
feels.

International pressure to stop the war — in the form of people calling for this on social media— can be immensely successful and should be used as a tool to
stop further destruction and havoc, she says.

Another retired Army official, Col. S K Sinha, who has served in insurgency-hit regions of Jammu and Kashmir, the North- Eastern States, and Sri Lanka,
however, doesn’t quite agree with these views. He feels that while social media will help keep up the morale of the Ukrainian Army and the country’s citizens,
it cannot by itself win the war. “To defeat the Russian Army, the Ukrainian Army and volunteers will have to adopt ‘hit and run’ tactics or guerrilla warfare, since their Army is smaller and has less firepower,” he says.

● President Volodymyr Zelensky of Ukraine has emerged as an online hero. His Twitter account has leapt by hundreds of thousands of followers a day, and he
now has 4.3 million.

● TikTok, the video-sharing app with more than a billion active users, has shaped views of the conflict and contributed to an intense global wave of sympathy
for Ukraine.

● Kira Rudik, MP , posted a photo of herself holding a Kalashnikov rifle on Instagram and Twitter, saying, “Our #women will protect our soil the
same way as our #men.”

● Ukrainians have also shared online tactical guides on how to dodge sniper fire, block road-ways and make explosive Molotov Cocktails, sometimes along with memes saying the Russians will find them “very delicious.”

● Beauty queen and former Miss Grand Ukraine Anastasia Lenna, has apparently traded in her high heels for combat boots, joining the Ukrainian military in its push against the Russian invasion.