Five international travellers from Doha, Indonesia and Malaysia are also among the positives recorded in Bengaluru today 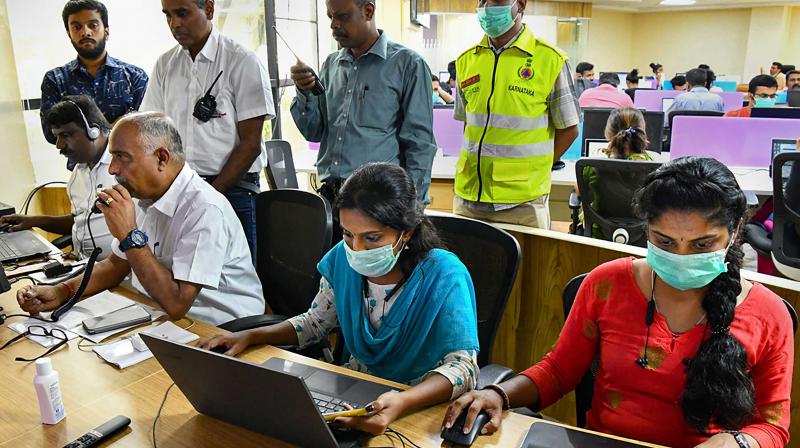 Bengaluru:  Even as the Karnataka government is desperate to open up everything including gyms, malls and cinema halls from June 1, the coronavirus has breached the 3,000 mark and recorded a whopping 299 fresh cases on Sunday.

Out of these 299, no less than 255 are interstate returnees and of them 253 are from Maharashtra returnees.

The death tally too has crossed the half century mark and now stands at 51 with two fatalities being reported on Sunday, one in Raichur and another in Bidar.

The state capital, Bengaluru, which had not been the worst-hit in the initial weeks of the pandemic, is now well truly bubbling with the virus.

Bengaluru has 357 corona cases and has recorded 10 deaths till date.

And finally, Bengaluru seems to be having its own Dharavi in the making as well. D J Halli, a highly populated area dotted with slums, is where there has been an eruption of cases. On Sunday the area threw up four more.

Five international travellers from Doha, Indonesia and Malaysia are also among the positives recorded in Bengaluru today. In ten cases the officials have not been able to trace the source of infection.

Then the problems with the troubled locality of Padarayanapur continued. Health officials who had to endure the tantrums thrown by the local corporator Imran Pasha who refused to get admitted as a large crowd gathered forgetting social distancing to gape at the proceedings.

Karnataka has 1950 active cases in all now. The origins of Sunday's fresh cases are: 83 from Raichur, 44 from Yadagiri, 33 from Bidar, 28 from Kalburgi, 26 from Vijayapura, 21 from  Bengaluru, 14 from Dakshin Kannada, 13 each from Mandya and Belagavi, 10 from Udupi, 6 from Davangere, 5 from Uttara Kannada and one each from Ballari, Shivamogga and Kolara.

In a starting development, three healthcare workers from Davangere who worked in Covid 19 isolation ward have tested positive.