Amid protests, Left and Congress two elephants in the room

The headlines should warm the cockles of Prime Minister Modi’s heart. 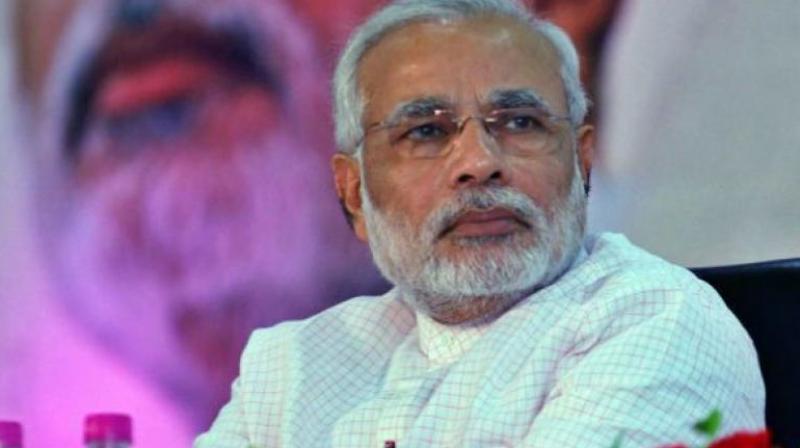 Now watch Narendra Modi smiling. Or is he laughing, chortling gleefully maybe? Let’s say he appears to be vicariously pleased, for good reasons, perhaps. Look. Women, some in their 80s, many Muslim but a lot many of different beliefs and non-beliefs too, are braving Delhi’s freezing cold. They are holding daily vigil come night or day at Shaheen Bagh, standing up for the constitution, speaking up for the young and old killed in different parts of the country in protests against a draconian and communal citizenship law.

They are intensely hurt by injustices inflicted on Kashmiris. They keep their eyes peeled as others sleep, against stealthy encroachments by the rulers on their dream of a syncretic India, which Gandhi and Nehru raised them to dream about. They seem ready to make the sacrifices that outraged students across the country are prepared to make, as they once did in the Freedom Movement. They believe they are winning, and they are indeed an inspiration for the honest fight at hand. And what are the opposition parties doing?

The headlines should warm the cockles of Prime Minister Modi’s heart. “Mayawati accuses the Congress of betrayal and says the party had poached her MLAs in Rajasthan on two occasions.” Aishe Ghosh, brave student leader of JNU, meanwhile, got a few stitches on her bloodied head when fascist goons raided the Jawaharlal Nehru University. What is the opposition doing? Not long ago, Rohit Vemula died in Hyderabad after being hounded by the same goons who were backed by the same right-wing establishment. What did the opposition do?

So what has changed since the fractious parties were roundly defeated in May last year for the second time in a row? The Dalit Bahujan Samaj Party, Trinamool Congress of West Bengal Chief Minister Mamata Banerjee, and Aam Aadmi Party will not be attending the opposition meet convened by the Congress to decide on a joint strategy on the Citizenship Amendment Act and the proposed nationwide National Register of Citizens. That’s what the news item says. Shiv Sena, the Congress ally in Maharashtra, has also said it wouldn’t take part in the meet.

There are two elephants in the room — the left and the Congress. The left can live with Udhav Thackeray — sending the Shiv Sena a whole list of democratic ideas to pursue — but it cannot tolerate Mamata Banerjee. Visit any Marxist library and figure out the bizarre logic. Ironically, no one knows the history of Nazi Germany better than the left.

The Congress cannot live without seeing itself as the leader of the opposition. P. Chidambaram was barely out from jail when he spelt out the caveat. The opposition should unite, but the Congress must lead. If not? Suffer fascism? The Congress might remember that the man who led them to freedom never sought office or power. The left might do what it does best — write a common minimum plan to involve the lowest common denominator. The Congress could push from behind if that is the only way the opposition cart can move. It needs to allay Mayawati’s fears, and help Arvind Kejriwal critically defeat the BJP in Delhi next month.

The battle to save India’s democracy from being shredded requires a focused strategy to funnel the already unleashed energy. It has to tap into every ounce of courage on offer. Without a coordinated plan the mighty courage and furious energy on display in different parts of the country could add up to a pitiable defeat regardless of Priyanka Gandhi’s heroic scooter ride through police barricades.

Old examples of grit are too old. The anti-Vietnam war campaign is cited. True, the students’ uprising in America and Europe did shore it up. But it would perhaps not have fetched victory or any peace against the mighty American military but for a couple of intrepid journalists who demolished Richard Nixon, meanwhile, in another theatre of battle, with the Watergate episode. Even the committed Daniel Ellsberg with The Pentagon Papers exposé got protected by the Watergate demise of Nixon. Julian Assange in comparison has had to struggle, as has Edward Snowden. When did we last hear of Mordechai Vanunu, blindsided by the harsh Israeli state for his heroic revelations of Israel’s nuclear arsenal?

The steel frame of the Tudeh Party whose cadres had penetrated the deep state of the Shah and its extensive machinery of coercion overthrew the invincible emperor of Iran. For this, the party cadres marshalled their resources with care and preferred to keep things couched in quiet confidence. They harnessed the energies of the mullahs who were otherwise a chaotic lot. The Tudeh overthrew the Shah but failed to carry the clergy and suffered complete decimation.

India’s right-wing Hindus have absorbed this lesson from Iran after failing to capture total power by infiltrating the JP movement. Pakistan’s democracy needed a dictator’s air crash to survive. What is India’s opposition counting on? Indian democracy can yet be saved with only a spoonful of unadulterated selflessness. The women in Shaheen Bagh believe so.