Remembering the female mystics of yore

The festival commences today and will pay homage to female mystics, right from Kashmir’s Lal Ded to Andal in the South. 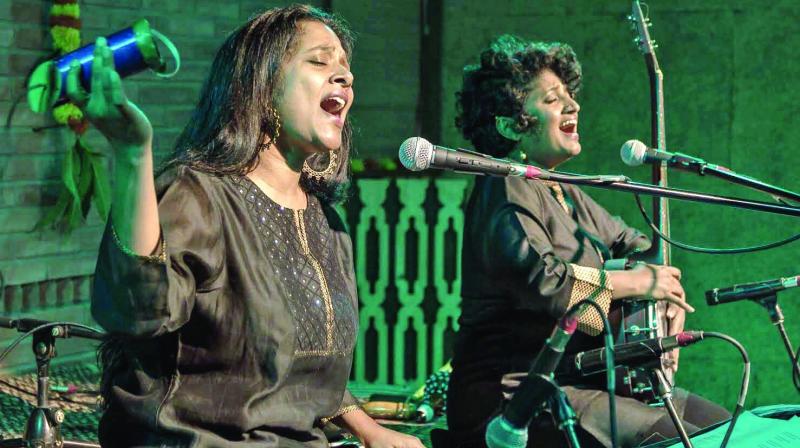 A festival in the city will pay homage to fascinating female mystics of the 12th and 14th centuries by presenting their works and exploring their passion.

The female mystics of the 12th and 14th centuries, who charted their own spiritual journeys, refused to abide by restrictive societal norms and questioned patriarchy, left behind an extraordinary legacy of poetry and song. These women and their legacies will be celebrated at the Wild Women festival, conceptualised and curated by poet and writer Arundhathi Subramaniam at the National Centre for the Performing Arts (NCPA). The festival commences today and will pay homage to female mystics, right from Kashmir’s Lal Ded to Andal in the South.

“It is an invitation to listen closely to voices that you think have been trivialised or sanitised in many ways or have been ignored,” says Subramaniam, who has curated the bhakti poetry festival for NCPA in the past. This time, Subramaniam wanted to shine a spotlight on the works of these women mystics that will be presented by male mystics, who have adopted the voice of these women mystics.

However, the works will not only be read, for there will be musical performances, dances and discussions too. “I wanted a mix of genres. These women need to be sung and spoken about, danced to and discussed. Limiting them to one sphere is not justified,” says the curator.

A musical presentation and conversation by Shilpa Mudbi Kathakota and Adithya Kathakota will explore the myth of a fiery folk goddess by presenting a blazing narrative of Yellamma, the deity of the devadasis and the jogathis, through over 1500-year-old folk songs.

Followed by Subramaniam’s talk and poetry reading that will reflect on the role of the female body in bhakti poetry.  “We often think there is plurality between flesh and spirit, but these women remind you that it is absolutely alright to own a body and speak of the appetites of the body. They talk about sexuality, longing, hunger for God. So all the appetites of the body are spoken about. My presentation is going to be about the unabashed eroticism in these poems,” she says.

While the curator believes it is time to retrieve these voices and hear them as they are, she wants to draw attention to the poetic nature of the works as well, for she believes they are much more than a call to God.

“We are talking about untamed, women mystics who have become domesticated in the portrayals. The image that we all have of Mirabai is that of a demur, white saree-clad woman who wrote lyrical poetry and we remember her through her writings that have become folklore. But I want to draw attention to all these women, Mira included, that they are not just calendar art figures, but passionate women. I want to draw attention to their poetry that is passionate, deeply sensual, courageous, provocative and speaks openly against the establishment of their time,” she explains.

The festival also comprise a sacred music concert and improvisational dance that will weave together the works of the female varkaris of Maharashtra, the Tamil poet Andal and Buddhist nun, Bhadda Kundalakesha. However, highlight is the documentary, She of the Four Names by Meeta Vasisht on Lal Ded. The documentary segues movingly between deeply personal narratives by various contemporary Kashmiris to fictionalised depictions of Lal Ded’s life.

“We don’t know if she is Hindu or Muslim and the documentary looks at what is the relevance of this 14th-century figure in the context of modern-day Kashmir? In the documentary, many people say she is relevant; then why and what is her relevance today? The film explores that question,” says Subramaniam.

The festival will conclude with a grand celebration as an exciting musical dialogue between singer-musicians Pallavi and Bindhumalini will explore and celebrate the works of women, with their vocals and various instruments.

“The festival is about crazy women, not the pretty, decorative bhakti. We are talking about wild, delirious bhakti. And these two women, playing an innumerable amount of instruments on stage and celebrating women, seemed like a right note to end,” concludes Subramaniam.