And so, Sajid found a way to recycle trash by infusing an attractive element to it — thereby turning a mere object into art. 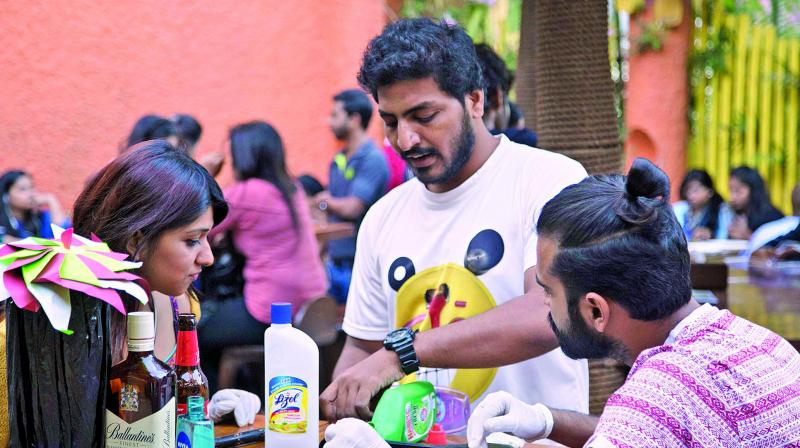 Given a plate, glass, clip, few bottle caps and nut bolts, what could one possibly make? Artist Sajid Wajid Shaikh will build a face with these. However, there is something unusual about these faces — they’re rather deformed.

He started off making these faces with trash from just outside his house and then moved on to larger areas — selecting items from a dump yard. And this art changed Sajid’s perspective. A self-taught visual artist, he saw the urgency for waste management.

“My whole inquiry changed towards creating this kind of art. Initially, making faces out of daily objects was just fun. But when I visited a dump yard, I realised that we aren’t getting rid of our trash by just dumping it out of the house — it is still around us,” he says. 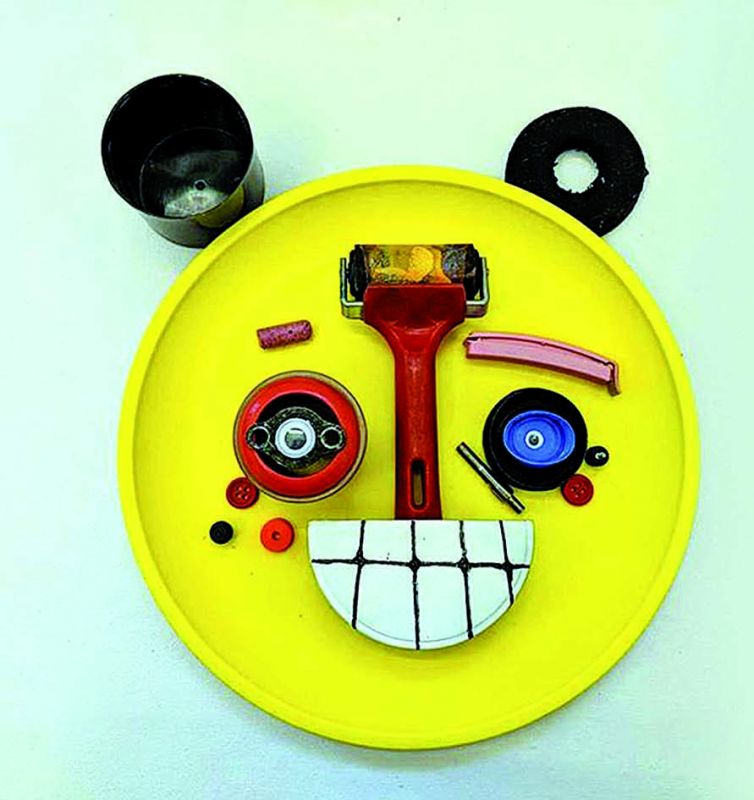 And so, Sajid found a way to recycle trash by infusing an attractive element to it — there by turning a mere object into art.

The Navi Mumbaikar explains the origin behind his art form. “This, in a way, comes from Dadaism art movement. It was an anti-art movement, where people wanted to break away from the beautification of paintings towards something that is by definition ugly, but can still be called art. Taking that forward, I wanted to make something that is more interesting,” says the 28-year-old.

On the deformed faces, Sajid started placing motion clips for  lips. “I found these lip clips online and incorporated them in the installation. I use a mobile screen or an iPad to put the video on. This makes it postmodern sort of art,” he says.

The artist, for whom a face comes to mind only after assembling the material, credits his ability to turn any waste into a body part to his years of practice that he can now spot a nose in a random object.

“Once I found a squishy toy that used for a nose. So when you press the nose it makes a squishy noise,” chuckles Sajid. 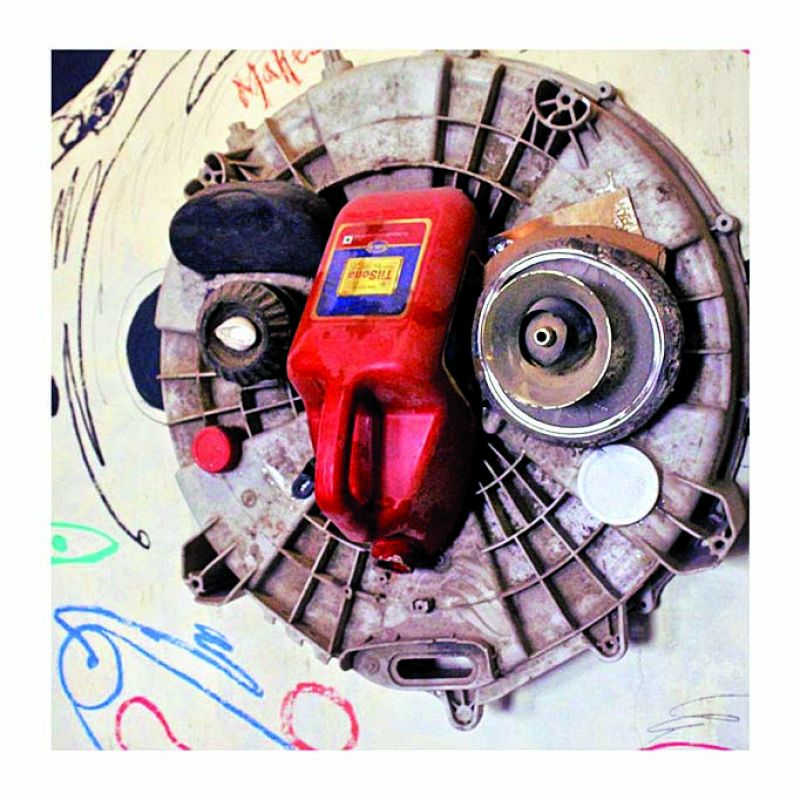 The graphic designer, who loves working on portraits, believes a face is enough to express feelings in place of the entire body made. “When I look at a piece of trash, I figure out the pigment of a body part. If I have to put a nose, I will look for a red coloured handle or something similar,” he shares.

With over 7,000 followers on Instagram, he derives immense joy in people sending him stories of the art they create out of trash. And having created over 50 pieces so far, Sajid is proud of his installation at Sassoon Dock. “I was commissioned to do something on the city. I chose to show the city through its trash. I used a five feet circular table, huge can for the nose, eyes from huge utensils, so on and so forth,” recalls Sajid.

And recently, he conducted a workshop called Born Free, propagating the ideology of exploring a new side of self. He says, “My work is about freedom of expression. I liked how people create different pieces and not just faces.”

Up next is another twisty art exhibition of animated creatures called Amygdala Anomalies. “I have made animated drawings of creatures and given it to 14 different musicians, who have given music to them. Each is different from another and will be revealed on the day of the exhibition,” concludes an excited Sajid.