Zeenat Aman talks about staging the never-explored relationship between Mahatma Gandhi and his wife Kasturba. 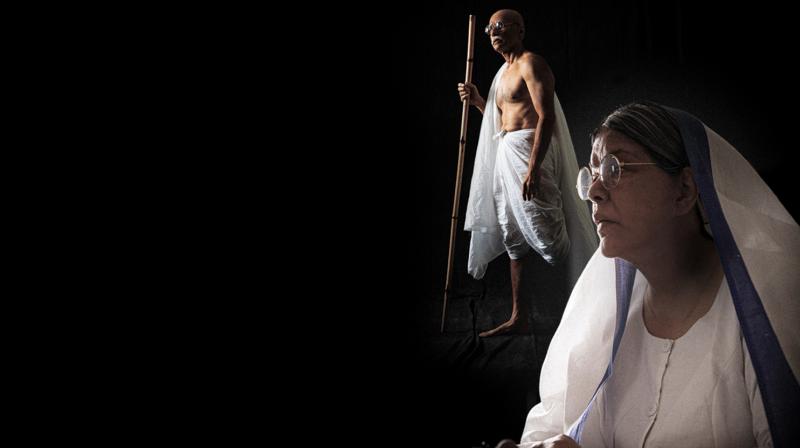 While director Hasan has approached Aman several times in the past, what drew her into this particular play was the perspective that he brought. But at the same time, she was surprised by his choice of on-stage Kasturba.

“A lot has been done on Mahatma Gandhi but very little on what went on with Kasturba,” rues veteran actress Zeenat Aman as she speaks to us in between her rehearsals for her upcoming play Dearest Bapu, Love Kasturba. Directed by Saif Hayder Hasan, the play, set in the backdrop of the freedom struggle, brings to stage the never-explored relationship between Mahatma Gandhi and his wife Kasturba Gandhi.

“She knew Gandhi ji since they were little children. They got engaged when they were seven, married when they were 13, and together they had a very long life. There were a lot of ups and downs in their relationship. Her journey with him is also very intriguing,” says the 68-year-old actress, who is returning to theatre after a hiatus of 15 years.

Set in the couple’s bedroom and drawing room, the story delves into the dynamics of the relationship of 60 years. The play takes place in the form of series of letters exchanged between the two covering topics like politics, marriage, and family to children, sex, companionship, and death. The all-encompassing letters form the core of this love story.

While director Hasan has approached Aman several times in the past, what drew her into this particular play was the perspective that he brought. But at the same time, she was surprised by his choice of on-stage Kasturba.

“I didn’t think that anybody would envision me as Kasturba, as I have had a different screen image. But it was also interesting, as it is so different from what I have done or the perception of who I am. A lot of people have told Saif, that it’s a ‘genius casting’, so let see how it turns out,” smiles the Hare Rama Hare Krishna actress, adding, “When he approached me with this play, he had written a very long one only about Kasturba. I liked the thought, but was taken aback with a one-woman show. Then he revisited the script, got Gandhi on board, and we took off from there.”

While Kasturba herself was the biggest source of inspiration for Aman, the challenge lied in portraying real-life characters of great historical importance. “Saif has done a lot of research on Kasturba which he introduced me to, and subsequently I did mine. It becomes very difficult to portray a real-life unsung hero. I read about her, looked at her pictures, and thought about what her life might have been like. Then, of course, it was triggered by what was written on the page by my director,” says the actress.

Meanwhile, Arif Zakaria, who has always wanted to play Gandhi on stage, looked no further when this opportunity came his way. “I thought, ‘might as well try and make the most of it’. A historical character like Gandhi fascinates you, the complexity and the whole persona of this individual. This play presents Gandhi in a very different light. It is more personal and intimate with his association,” says the actor.

Though the factor of physicality is an unsaid challenge when portraying Gandhi, as Zakaria explains, with such characters comes an inherent sense of responsibility that needs to be taken care of. “Popular historic figures are open to interpretation. It is like an elephant in the room,” he smiles before quickly returning to rehearsal.

With a childlike excitement about the play and being back on stage, Aman notes that it is the immediate gratification in theatre that makes it stand apart. “It is what it is and there are no retakes. Most importantly, you get to re-create this magic in performance after performance. Not like in the celluloid which stays forever,” she explains.

She is only concentrating on Dearest Bapu, Love Kasturba, which will go around the country in the coming months. “I live in here and now. I am just looking forward to the premiere and the shows. Once I am done with this, I will contemplate what to do next,” says the Satyam Shivam Sundaram actress.

A part of Bookmyshow’s The Great Indian Theatre Festival, the play will now move to Hyderabad, Delhi, Bengaluru, Vadodara, Chennai, and Kolkata.