‘Mumbai is a kaleidoscope’

Author Anthony Horowitz talks about writing the continuation for Sherlock Holmes and James Bond, and his love for the city. 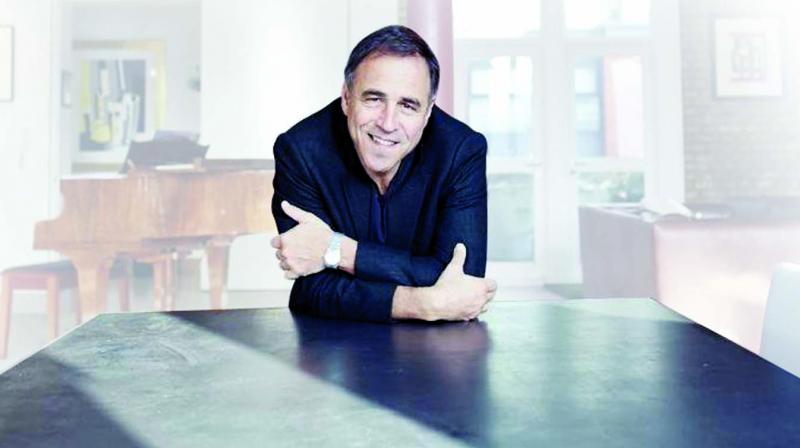 To keep the thrill alive in his readers, the author travels with the characters through their journeys, making it easy to then translate the experience.

The novelist and screenplay writer Anthony Horowitz, said to have committed more literary murders than any living writer, was well aware of his future since the age of 10. As the author, of books like Myths and Legends, The Three Monarchs, Twist Cottage and Alex Rider, to name a few, was always interested in narrative, plot, excitement, and adventure over emotions.

“As a boy, I liked any film with suspense and adventure. So it was quite a natural choice for me to write this genre. I have less interest in politics, philosophy, and romance. To this day I love the excitement that comes from reading the book, where you can’t wait to find out what is going to happen,” says Horowitz, who was present at the recently concluded TATA Lit Fest.

To keep the thrill alive in his readers, the author reveals that he travels with the characters through their journeys, making it easy to then translate that experience into the book. He further admits that he is as excited as a reader to find out what is going to happen next while writing. “To keep the reader on the edge of their seat, the truth is I keep myself at the edge of my seat. Even with Alex Rider, who is in danger, I am travelling with him and feeling his emotions. My books are very carefully structured but I am always excited,” he shares, adding that he constantly challenges himself.

When asked whether he has drawn moments from his personal experiences, the Magpie Murders writer states that he has used certain elements of his childhood, being rich and unhappy, but has flushed it out of his system. “I think my books became successful only when I stopped writing about myself. Alex Rider is the opposite of myself and it is successful. I have had adventures in my life, but I have not written about them. I have appeared in my book, but I like the use of imagination. This is what feeds me in my writing. Writing about what I have done is uninteresting,” he explains.

While there are numerable literary murders that he has already committed, the 64-year-old’s foray into the world of Sherlock Holmes and James Bond is equally admirable. The House of Silk, a sequel to Sherlock Holmes, was said to be a new non-Doyle Sherlock Holmes pastiche. “They were both different experiences. For both, I wrote sequels or continuations because I so admire the original. Sherlock Holmes was a huge part of my childhood and very much my inspiration for writing crime novels. At 17, I was given all of the Sherlock Holmes books, and lost myself into them. And to write one was a fantastic privilege because it allowed me to live inside 221B Baker Street with two of the greatest friends in literature, for seven months” he shares.

The author further recalls that writing the James Bond book Trigger Mortis, was enormously challenging due to the writing standards set by Ian Fleming, and the pressure of not disappointing fans. For this, he began by reading and immersing himself into the world of Bond, analysing what makes it special. “It was demanding because Fleming is an extremely good writer. People think of Bond just in the films, but the books and the creation of Bond is the work of a unique literary mind, and Fleming’s writing style is extremely difficult to emulate in any way. Writing those books meant raising my game and thinking about what he has done, particularly when we are in the 21st century and everything has changed,” Horowitz reveals.

A man donning various hats, Horowitz has also written for television and is the creator and writer of series like Foyle’s War, Collision, Injustice and the BBC series New Blood. His first rendezvous with screenwriting occurred in his 20s when he wrote a show on Robin Hood that he calls a case of a lucky break. However, the writer values his books more than the screenplays. “I love all my writings equally, but books are entirely my work. TV and film are collaborations, and my work is to provide a blueprint for what is to be done. In books, everything I write and describe is my imagination. It also takes me a lot longer to write a hundred thousand and fifty words as opposed to a 10,000 word script,” he says.

Currently he is working on the adaptation of his 2016 novel Magpie Murders into a TV series. As he mentions about the book, Horowitz thoughtfully goes on to say, “Now that I have been writing murder books for more than 20 years, I have become very interested in knowing why these books appeal to us. There is so much murder in literature. In mundane life, it is horrible to discuss murder, but we will buy a book that has four-five murders and will be smiling about it.”

Bringing himself back in the moment, the author expresses his love for the city calling his first impression ‘a kaleidoscope’, and takes him 48 hours every time to to believe his eyes. “It is the extreme and the busyness of this city. Just walking down the Juhu beach is amazing. I will be writing a small piece on my experience here, but I am always nervous about somebody like me, coming to a city like this and making instant evaluations. You need to live here and understand, before you begin to describe it,” he concludes.