A bond unlike any other

The setting of the festival happens to be in Maharashtra Nature Park, and Veena smiles, while explaining the rationale behind it. 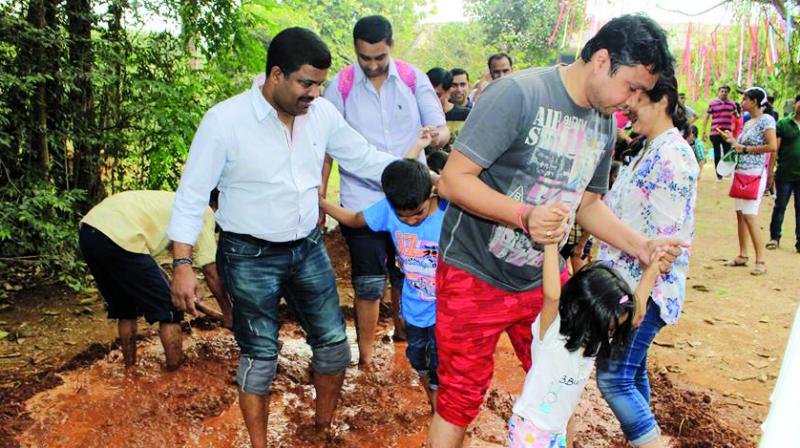 Dads indulge in games with young ones

Traditionally, especially in India, the mother has been given the reins of bringing up a child.With entire generations of adults today have grown up with their mother around at home with them and caring for their needs. With time, not only did this role get fortified, but also the bond between a father and child was rarely part of popular culture.

But now, fathers are steadily and consciously making more efforts to be a part of their child’s everyday upbringing, Under the Peepal Tree’s fourth edition hopes to strengthen that connect even further.

Veena Manoj, co-founder and director of Grooming Babies Global says, “Research reveals that fathers spending quality time with their children leads to heightened mental well-being and enhances children’s learning curve. Healthy interaction with father figures in the early years sets the base for all future relationships. However, with their busy work schedule and long hours away from home, most fathers rarely get to spend uninterrupted time with their children.”

Veena explains that as a mother — like most others do — she feels that gnawing gap every day. “This festival is an attempt to give city fathers an occasion to keep work aside and bond with their child,” she smiles. 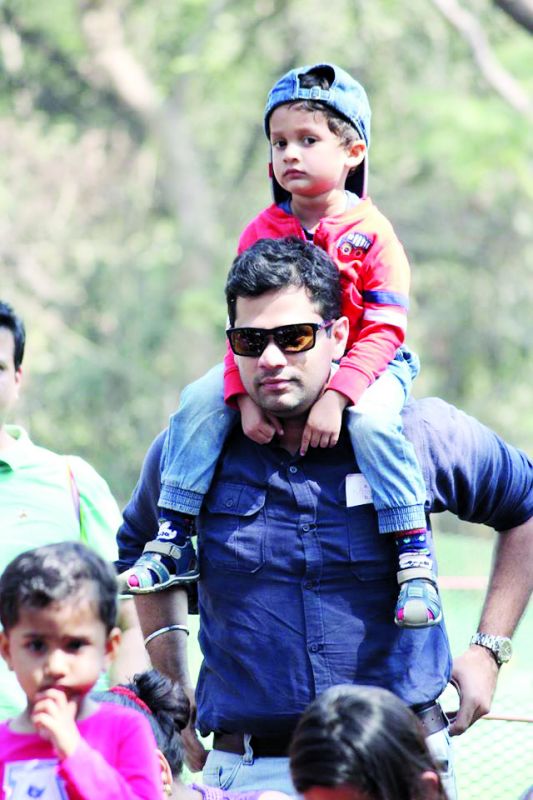 The setting of the festival happens to be in Maharashtra Nature Park, and Veena smiles, while explaining the rationale behind it. “We all need to bask in the elements of nature for physical and mental health. A few decades ago, children would spend a great amount of time playing outdoors, but with academic pressures and shrinking playgrounds our children hardly gets to be outdoors.”

This year, the festival will have about nine activities for the father and child to bond over, with each corresponding to the nine intelligences as mentioned by Howard Gardener in his Theory of Multiple Intelligence. “The activities are designed to give the father an insight into the likes the preferences of his child,” explains Veena. “However, instead of looking at the festival as an instant result, it’s best if we look at this as a step towards creating memories for long-term relationships.”

And while mothers would accompany the father-child duos to the festival earlier, Veena is pleased that dads exclusively come alone with their kids now. “We believe the emotional security we have when we grow up is directly proportionate to our childhood experiences, especially with our parents,” she smiles.

Today, at 10 am and on February 19 at 4 pm,
At Maharashtra Nature Park, Near Dharavi bus depot