With love, from Kashmir

Photographer and documentarian Avani Rai’s series on Kashmir comes with a single argument — Let them speak. 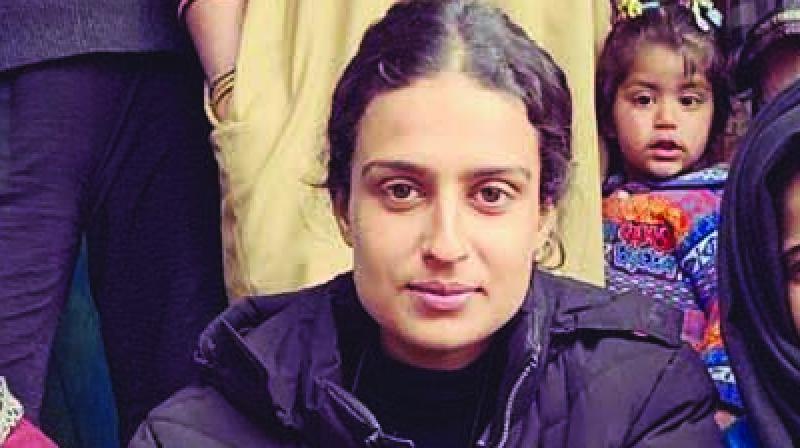 In 2014, when the photographer and filmmaker Avani Rai was working on a documentary on her father — veteran photojournalist Raghu Rai — in Kashmir, little did she know that the chaos of her surroundings will urge her to look for stories amidst the unrest in the state.

Unaware of the state’s complexities then and concentrating on filming the climax of her documentary, Avani returned right in time of the Burhan Wani mayhem in 2016 marking the onset of her relationship with the valley. Since then, she has never let the camera slip even for a second when on the streets of Kashmir. And her endeavour has resulted in the series Exhibit A that documents a section of Kashmir suffering silently, far away from the chaos that has engulfed the Valley.

“I have shot most with women and children as they are the ones suffering at home after their husbands, fathers, and sons leave them. These men of the house are either shot in an encounter or have disappeared,” shares the 27-year-old who just returned from there.

The surreal monochromes shot across Pulwama, Shopian, Uri, and North of Kashmir showcase the faces that are a clear reflection of the angst and helplessness the state is often engulfed in. 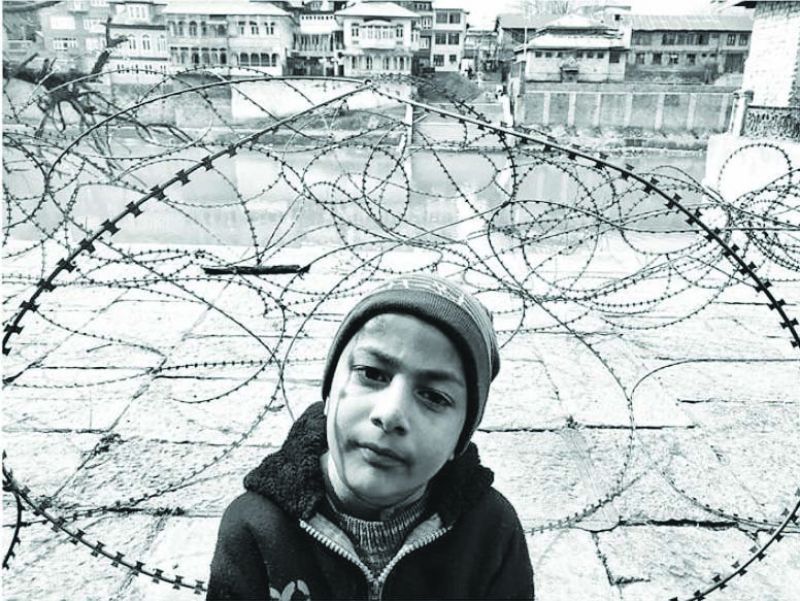 “Kashmir is a place with incidents playing in a loop. One morning is a funeral, the other is curfew or a lockdown, and the same cycle goes on. This is how daily life looks like in Kashmir. If you come across a child there and mention that you have not seen a woman cry (read wailing mothers), they will be shocked,” she says, adding, “In Kashmir, everything is a canvas. Whether you are standing and there is a reflection, or a child sitting in front of you, or a security person in a bunker; everything tells a story.”

While she attributes Kashmir to be the reason for her photography voyage, Avani emphasises that the way natives opened up to her made her work joyous and easy. “I was shooting at Khanqah mosque and a woman came up to me, held my hand and kissed me. She then asked me where was I from and didn’t let me go until I had tea with her family. In the same mosque, a boy walked up to me and asked from which side (India or Pakistan) I was. Not sure what to answer, I asked him the same question and he replied, ‘I am from Allah’s side,” narrates the documentarian. And most importantly she says, “Is the fact that people will remember you, always.” 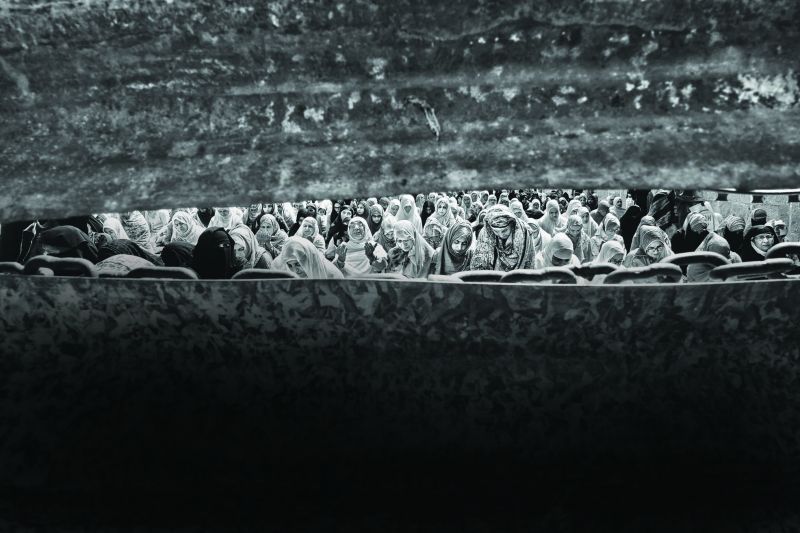 For someone who has shot through vulnerable situations - between stone-pelting zones, hospitals, visiting ex-militants houses, to capturing daily life in the villages – Avani never leaves home in Kashmir without a camera.

“Kashmir gave me a reason to pick up the camera and capture the place as it is. It has a lot to give to the rest of the world, which we don’t see and it has been misinterpreted by the media,” says the photographer who spends almost eight months in a year in Kashmir.

This was the probable reason why she chose to keep all her pictures sans the colours, aiming to focus only on the sentiments. “When you are shooting a situation and you have multiple emotions happening, colour takes away the expressions. But when you mute the colours, the expressions stand out more. Moreover, because of my experience, I feel the human element does all for me. I do not need colour to show that,” she affirms.

However, with the recent scrapping of Article 370 in Kashmir that has brought the state to a standstill, Avani through the exhibition wants the voices of Kashmir to be heard.

“Exhibit A is to show that in a conflict zone too, we need to connect with the individuals. We haven’t heard them in 70 years and it is about creating a space for the people of Kashmir to speak and for us to hear. There is a sense of helplessness. When you speak to them, they won’t shun you away because they believe that human interaction can do something for them. That is the reason they still sit in front of your camera,” she asserts.

To the photographer, a good picture is when it alone can capture the essence of the place and the time we live in. “I am responsible for the stories I tell of the people I meet. Especially, because in many ways, I believe that this place (Kashmir) and the community has been misrepresented over and over again,” Avani concludes.
—Ongoing till August 24, At Method Fort from 11 am onwards