Phone snubbing or phubbing is the subconscious temptation of checking your phone for updates no matter where you are. 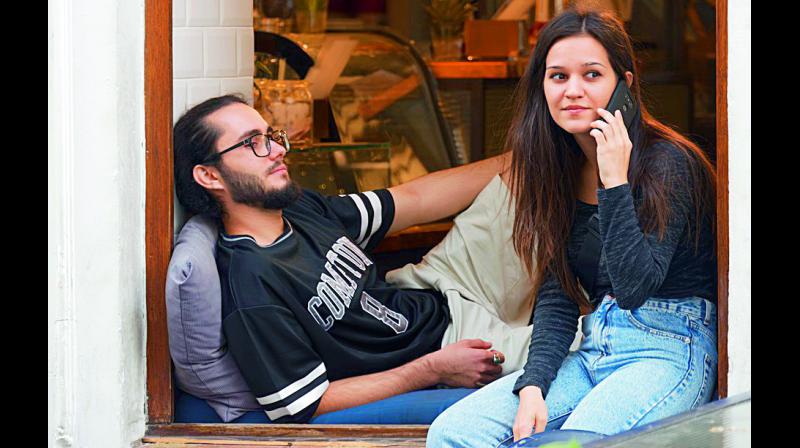 Relationships are becoming isolated; from a social animal, man has become a mobile or a gadget animal.

You know you are at a family dinner but can’t resist the urge to check your friend’s InstaStory mid-conversation. Does that ring a bell? Chances are you are a phubber.

No doubt, phones are sources of entertainment, information and a medium of connecting with friends, but experts are increasingly convinced that it has the potential of disconnecting people from reality, from having real conversations to being with.

Anu Acharya, co-founder and CEO of Mapmygenome, points out that it could actually damage our personal relationships. “Phubbing is quite common and among youngsters and adults. Heck! I do it as well,” says Anu with a chuckle. “Sometimes, phubbing may be justified with work pressure and accessibility, yet other times, it is usually because we have gotten addicted to our little screens.”

The notification highs
Dr Sofiya Sujad, a medical practitioner, explains to us how our neurons are wired in a way that we feel ‘rewarded’ upon receiving a notification. “Such conditioning is very dangerous to mental health and has translated into side effects such as phubbing,” she elaborates. “Including simple techniques in one’s everyday life, being present in the moment, and making it a point to exercise discipline in spending time away from the screencan be useful measures. However, as is in the case of all addictions, while voluntary restriction and will power is one thing, external assistance in dealing with this issue in a compassionate and wholesome way is the need of the hour.”

Relationships are becoming isolated;  from a social animal, man has become a mobile or a gadget animal. Come to think of it, when Mark Zuckerberg and his team created the ‘Like’ button on Facebook, they probably didn’t know that with changing times and technology, it could turn into an addiction, maybe even ruining relationships.

Kotimreddy Sahitya, a homemaker, agrees how phubbing may be a sign of the problematic usage of technology. “People seem so happy hitting ‘Likes’ on Facebook rather than appreciating real-life relationships. Gadgets have become an addiction to this generation,” says Sahitya. Then, after a moment’s pause, she adds, “To be fair, though, this generation has not known life without technology. Even in my case, I know for a fact that sometimes when I want to communicate with my daughter, I have to take the help of social media channels just to be heard.”

Ending the connect
So, what is the solution? The key is to take one ‘phone-free hour’ a day to really connect, whether it is with others or with your surroundings. Because if not, we are headed for an addition of a different dimension.

Psychologist Dr Purnima Nagaraja says, “Phubbing is a phenomenon where you are so engrossed with your mobile that you ignore your romantic partner. Though not betrayal, it is a behavioural gadget addiction that comes in the way of a relationship.” The psychologist even attributes several divorce cases to this new age ‘disease’ of phubbing. “In fact, studies indicate phubbing affects even sexual relationships. Relationship experts have now to deal with the ‘third person’ in a relationship, which is sadly a gadget. And that is the really scary part,” she points out.

Dr Purnima then talks about how during phubbing, there is a lot of silence in the house.

“Neglecting a partner’s needs is akin to domestic violence, while neglecting your children’s needs because you are phubbing is akin to child abuse. In other words, phubbing has now entered the realm of abuse in relationships,” she says. Then talking about twin identities most of us have these days — virtual and real — with the real identity is getting replaced by the virtual identity, she warns, “What’s worse, this behavioural addiction may soon surpass alcohol addiction because the withdrawal symptoms for both are the same. You don’t need company if you have a gadget — that alone is very scary.”

Anu of Mapmygenome, nevertheless, believes that for those seeking solutions to the problem, self-realisation of lost time with family, friends and colleagues may only be the key to overcoming this problem.