The word random means selecting something by chance, and not according to a plan. Randomness is often very useful. 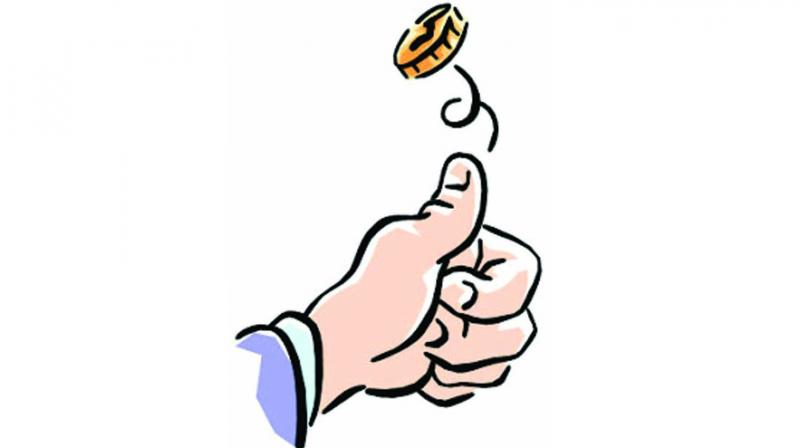 The mind is not quite at ease with randomness.

Think of a number from 1 to 10 at random. Remember your choice, we will come back. The word random means selecting something by chance, and not according to a plan. Randomness is often very useful. For every cricket match, we toss a coin to decide the order of play. This is because we know that the result of tossing a coinis random. Thus, there is a 50:50 chance of getting heads or tails (H/T). Neither team is favoured intentionally.

Consider a sequence of five tosses of a coin, and two possible outcomes HHHHH and HHTHT. Which among these is more likely? If you think like most others, you wouldchoose HHTHT.Let us consider it carefully. The likelihood of getting H in a coin toss is 50%, and so for T. For two tosses, there are four possibilities; HH, HT, TH and TT. The likelihood of each of these four choices is 25%. Extending this, the likelihood of observing HHHHH in five tosses is 3.125%. And guess what, it is3.125% for HHTHTtoo being simply another sequence of coin toss results, each having the same likelihood. So, even though HHHHH and HHTHT are equally likely random outcomes, why does HHTHT 'look' more likely?

Scientists have looked at why people are very likely to prefer HHTHT to HHHHH. The answer, surprisingly, lies not in coins that are truly random, but in 'biased' ones. When asked to judge random outcomes, our thoughts needlessly drift towards non-randomness. Try bending a coin so the tails side is curved inward;you just created a biased coin. If you toss it many times - you will get much more Hs than Ts.HHHHH seems a likely outcome from the coin you just bend, rather than a truly random coin. So, we end upsuspecting the randomness of HHHHH, and thus favour HHTHT. These thoughts are so wired into our mind, so we don't even realize why we don't like HHHHH.

Back to the start, was seven your choice of number? Well, it does not always work, but manychoose seven. In doing so, we make a similar mistake as earlier, and try to avoid numbers like 0, 5 and 10 since they resemblewell-rounded estimates rather than random numbers. In fact, by trying to avoid specific numbersto ensure randomness, we favour other numbers, and thus end up being non-random. The mind isnot quite at ease with randomness.