his is Vladamir’s second inning in India and the stuntman-turned-actor is looking forward to meeting a lot of nice people again.

Vladimír Furdík, the most celebrated villain of the fantasy drama Game of Thrones talks about his character in the series, his early days as a stuntman and looking forward to sampling Indian cuisine.

Towards the end of season seven of the popular series Game of Thrones (GOT), the Night King and his army burn the Wall before flying to the North. Now to know where the leader of the White Walkers has gone and how the next war between the dead and those alive will pan out, the fans will have to wait until 2019 for the finale. But Indian fans can rejoice as Vladimír Furdík, the most celebrated villain of the fantasy drama is in India for the eighth edition of Comic Con.

For someone who started off in Hollywood as a stuntman, the journey to playing the most feared enemy on the face of the earth, Vladimir has come a long way. His first brush with the movie business started with horses. “I have been working on films since I was 15-years-old. I started with helping the horses because horse riding was my hobby at that time and I loved it immensely. I trained the horses, cleaned the horse stables, groomed them and cared for them during the shooting,” he reminisces.

Since then the next 15 years, the actor says he has spent watching and learning the art closely, polishing his every move. “Every new film project gives me a new experience. I never forget that I was successful with the help of others and especially my teachers,” he smiles, adding “Stuntmen and actors are close. They need to help each other.”

Even before GOT fell into Vladimir’s lap, he has directed stunts for films like The Huntsman: Winter’s War, Exodus: Gods and Kings, Thor: The Dark World, Skyfall among others. As far as GOT is concerned, apart from being a stunt supervisor on multiple episodes and a stunt double for Arthur Dayne’s character in the fight in the Tower of Joy, Vladimir has played various roles. “My experience as a stuntman helped me with my acting work and I like the job that I’m doing. I have been able to gain some great experiences for the lifetime,” he adds. 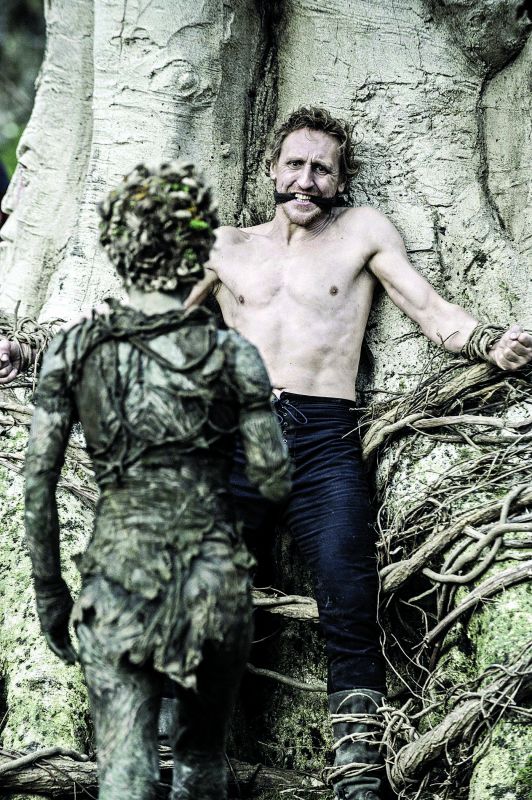 In GOT, at the moment, he is considered more dangerous than Cersei Lannister, Euron Greyjoy, and Ramsay Bolton put together. So, what drew him to this vile character? “I was offered to play the role as I had prepared and created a lot of stunts for the production house HBO in the past,” he says, adding that ultimately, the people you work with is what matters. “I think working on any project is the same but the people you work with make the difference. Some are better prepared and some are worse. Especially on GOT, people were super ready and everyone knew what to do.”

Since nothing on GOT is insignificant — from background to character sketches — Vladimir’s Night King goes without any dialogues and the actor has been playing the part perfectly. “I have to act from underneath the face I wear. So, I would say being an actor is harder than being a stuntman,” he laughs. Talking about the makeup he is wearing, Vladimir finds the transformation process quite interesting and takes almost six hours. “My make-up consists of eight parts that stick to my face. It is not that hard to wear. In fact, the mask face protects me from the cold and wind,” he chuckles.

On his stint at this year’s Comic Con in Delhi, the actor reveals he knew nothing about the comic conviction until he started playing the Night King. “But I personally like the stories from the Comic Con universe.”

This is Vladamir’s second inning in India and the stuntman-turned-actor is looking forward to meeting a lot of nice people again. “I’ve been to India almost 20 years ago when I was shooting for Alisea and The Dream Prince. I was here for almost two months and met a lot of people. I also had the opportunity to see the beautiful countryside and to taste some amazing traditional Indian food. This time around, I am looking forward to a similar experience. Trust me, I’ve never met such friendly people as I have in India,” he concludes.