From Maharashtra to Moscow

Kaaal is the first Marathi language horror film that will be screened across 30 cities in Russia. 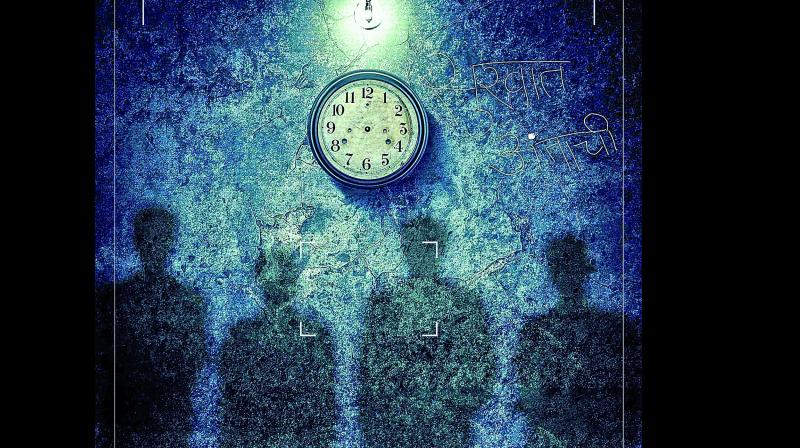 his chilling story has now grabbed the attention of the Moscow Bollywood Film Festival, which will be premiering the film on its opening night in March.

A first of its kind in Marathi cinema, the sojourn of four friends at a deserted farmhouse to capture ghosts on camera has created immense buzz across social media. The first Marathi film to explore the found footage style of filmmaking, Kaaal is a breath of fresh air in the genre of horror. This chilling story has now grabbed the attention of the Moscow Bollywood Film Festival, which will be premiering the film on its opening night in March.

According to Tatiana Mischenko, CEO of Inside Promotion, Russia that has shouldered the responsibility of the film’s Russian release, the theme has international appeal and has compared it to The Blair Witch Project.

“After watching the trailer, we realised this is the film which should be releasing across Russia. We are confident that Kaaal will get a huge response and will do good business,” the CEO avers.

Shot in just 20 days, Kaaal revolves around the concept of paranormal activity capturing the mysterious undertaking that unfolds with the plot. As the film progresses, the protagonists’ denial of ghosts soon puts their lives in danger.

Directed by debutant D Sundeep, the film will be released across 100 screens in 30 Russian cities. “The organisers liked the concept and approached us as soon as the teaser was out. It is a moment of great pride as it is my debut film and it has already garnered a lot of attention. I am excited,” shares the elated filmmaker.

Speaking about the horror genre, the 34-year-old says that fear is not restricted to horror but something that humans experience on a day-to-day basis. “As soon as the word ‘ghost’ is said, the human psyche settles into fear immediately. Fear is nothing but an emotion that resides within all of us, and these paranormal activities are just a cover-up,” he shares, adding, “We have taken that common fear and singularised it in a genre. People watch horror to release their fear.”

While the filmmaker had been working on the concept for over a decade, it was stories like that of a haunted lane at his alma mater Pune University, and the sudden death of the head of Indian Paranormal Society, Gaurav Tiwari, that triggered him to explore this genre.  “The grave of the last British governor’s daughter is around our college and people were warned against walking alone at night as she roams there on a horse. This and the mysterious death of the head of Indian Paranormal Society has always been at the back of my head,” shares Sundeep, who worked as an editor for production houses for 10 years before writing his film.

For research, he spent time with the Indian Paranormal Society team to gain better insight. He also spoke to people to understand individual perceptions of fear. “We participated as observers and went onto five or six assignments. While working with them, I realised that though horror cinema has been done a lot, it is not from the perspective of paranormal activity. Even the Western horror is not as in-depth as the way ours is,” he elucidates. Sundeep goes on to add that out of the 100 cases that the Society receives, only one or two stand out. “Mostly, people are scared and call them to check-in. And in cases where they find some activity, the clients refuse to disclose it. According to them, a ghost is nothing but negative energy,” he explains.

To make sure his cast could handle the creepiness of the film’s subject line, the director even locked his actors in abandoned places with a camera to familiarise them with the required fear for the performance. And while they did encounter a few spooky incidents during the shoot but kept ignoring it in lieu of work.

“While shooting, once the lapel mic didn’t work. We kept changing the battery and it would still drain out in seconds. We are still trying to reason whether it was a technical problem or if there was an energy. Still no explanation for it,” he smirks.

While basking in the positive response from Marathi cinema lovers at the moment, Sundeep hopes to continue exploring various genres without any adulteration. “The depiction of horror in Indian cinema comes with sex, suspense, and item numbers. But Marathi cinema gives you the liberty to experiment with your craft, making the story an important part, and I will continue to do,” he concludes.