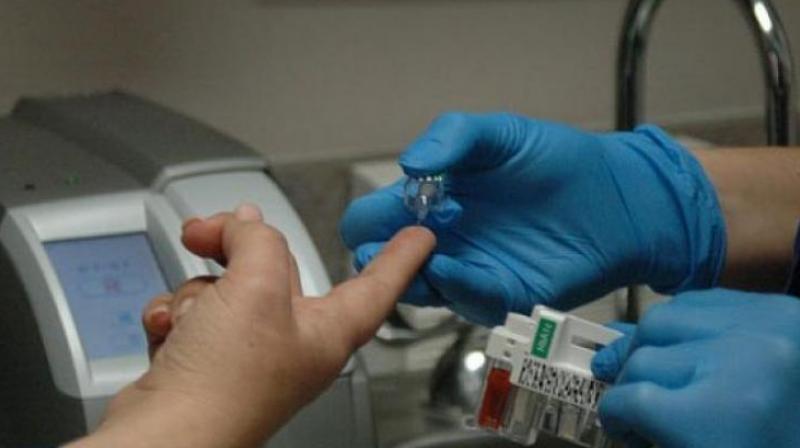 The goggles, called Re-Timer, have four small lights in the frame and are designed to help regulate the body clock, the Daily Mail reported. The special eyewear was originally developed at Flinders University in Australia to help treat sleep issues.

Light helps regulate one's body clock which regulates the release of certain hormones.  The release of such hormones which control blood sugar levels, is "irregular in people with pre-diabetes," according to the report.

"Light exposure can have profound effects on some of the body’s hormones. It will be interesting to determine the effects of this light therapy on insulin sensitivity — although perhaps getting outside and exposure to sunshine might be equally beneficial," Dr Paul Jenkins, a consultant endocrinologist at The London Endocrine Centre told the Daily Mail.

A new trial will measure the effects of glucose and insulin with pre-diabetes patients who will wear the goggles for an hour every morning for four weeks. Insulin helps push the glucose into cells where it can be used for energy. Usually with pre-diabetes, cells do not respond to insulin very well.  If the body becomes insulin-resistant, the cells can't absorb glucose and builds sugar in the blood.

Researchers are hoping the new treatment can help reset the body clock to increase insulin sensitivity and reduce blood sugar levels. A study published in the Journal of Biological Rhythms has found a positive response to the bright light therapy. After 10 30-minute morning sessions, one patient saw an increased insulin sensitivity.

It is not clear why light has such an effect, but on theory put forth is that it regulates the release of the hormone melatonin in the brain. Melatonin release affects insulin secretion and metabolism.