There is lot more to chai than just milk and masala, and tea sommeliers have been merrily experimenting with infusion and flavours.

For a nation obsessed with tea, India has seen not nearly enough variants of the delectable chai. From your neighbourhood cutting to green tea for the health conscious, our obsession with chai has been rather limited.

And this is precisely why tea sommeliers are glad that the tide is slowly but surely changing, as more and more people experiment with tea. On international tea day today, they choose to be optimistic about how the tea culture has evolved in India.

Take for example, bubble tea. The latest rage in Mumbai, the drink that contains tapioca pearls was once used in the Far East. Thanks to its milk content, says sommelier Sandeep Mathur, it was prepared for children. Now, it’s become popular in India thanks to its innovation and uniqueness.

Sandeep smiles while talking about how sommeliers must keep pace with newer varieties of tea, even as he prepares to host a sundowner session at Brooke Bond

Taj Mahal Tea House for the special day. The sommelier will be narrating stories behind his signature tea blends, even as he leads a tea tasting ceremony for connoisseurs.

But when it comes to crowd favourites, there’s a lot to look out for. Look around your home and offices and you’re sure to find tea stalls selling masala chai as a best-selling favourite. Certified tea blender Jiten Sheth, however, cautions that it’s quite acidic and suggests one go for teas infused with herbs for health benefits instead.

“Herbs like valerian root helps in calming anxiety and lowering blood pressure, while licorice root works as an anti-stressor and is good for the stomach,” lists Jiten. He warns against mixing more than two components in tea though. 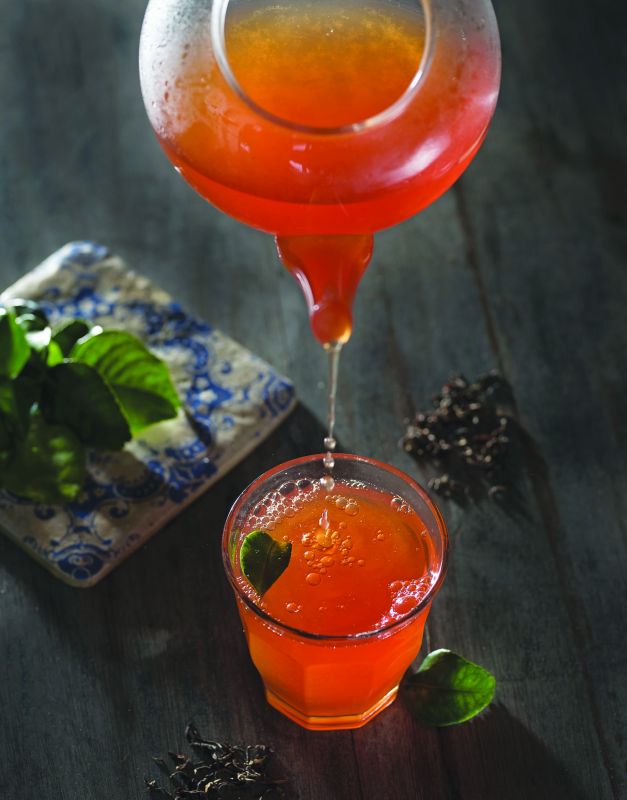 Sandeep laughs when asked about the green tea fad in India. The sommelier is of the belief that its health benefits have made it popular. “It’s the simplicity of making green tea and the hype around it to get better health. It’s something people can have after any meal and reap benefits,” he shrugs.

While regular tea is still popular in India, hopping onto the non-conventional tea train is a new concept. “It is evolving at a slow pace in India with a smaller chunk experimenting with varieties of tea. It is at a nascent stage in India, and people are using it more as a status symbol now,” says Sandeep.

But French chef Gregory Bazire says he loves his Indian chai the most. He also goes about customising it as per his inspirations. “I mix it with kadhi patta, gulkand, rose, saffron, coconut, vanilla… there’s no end to it!” he smiles, explaining how he’s also infused chai with chocolate and spices, and then topping it with rich hazelnut cream.

Unlike coffee, experts claim there are variants of teas for every time of the day — something that will suit the body. “In the morning, a blend of hibiscus, orange peel and rosehip is recommended. For lunch, pu’er tea, and at night lavender tea blended with valerian root can be opted for,” says Jiten, while Sandeep says he prefers black tea in the morning, oolong for noon and white tea in the evening. Gregory has his say too, as he suggests oolong tea for a good night’s sleep.

While these may seem like complicated variants to acquire and make at home, experts say it’s not such a tall ask. “I recommend cold macerated tea, by infusing tea leaves with lemongrass, kokum, lime or mint. Use cane sugar as sweetener, or some soaked Tulsi seeds,” Gregory says.

Sandeep, however, is of the opinion that tea without milk is the best way to go. “One can impress guests by brewing teas like flavour long leaf Darjeeling tea, oolong or flower tea in front of them using a transparent teapot. The trick is to offer a wide range of teas, instead of a standard black and white tea with milk and sugar,” he chuckles.

Tea culture is evolving at a slow pace in India with a smaller chunk experimenting with varieties of tea. It is at a nascent stage
Sandeep Mathur