With new strength of 107 MLAs, BJP expects Governor to call them. 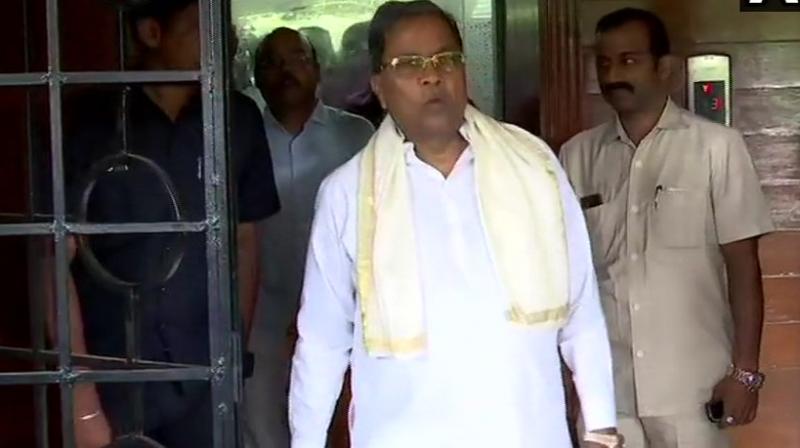 Among the leaders, Siddaramaiah, Priyank Kharge and few other have reached so far. (Photo: Twitter/ ANI)

Bengaluru: Congress leaders met at the Vidhana Soudha on Tuesday morning to discuss strategy ahead as its government with the JDS continued to teeter on the brink of collapse after 15 coalition MLAs and two Independents resigned in the last few days.

Congress state chief Dinesh Rao said he was confident that the government would pull through. Leaders like Siddaramaiah and Priyank Kharge were among those who attended the meeting.

However, the Congress leader MTB Nagaraj did not attend the CLP meeting due to ill health.

The BJP, confident of turning the table on the ruling coalition, also met in the morning. Leaders discussed their new strength in the Assembly and their readiness to form the next government.

BJP leader Shobha Karandlaje said: “Our strength now is more than that of the Congress-JD(S) combine. We are almost 107. They have fallen to 103. I think the Governor can take the decision to call BJP to form the government.”

Meanwhile, Karnataka Assembly Speaker K R Ramesh was asked for a comment on the ongoing situation. He said: “I am not connected with the current political developments. I am acting as per the Constitution. Till now, no MLA has sought an appointment with me. If anyone wants to meet me, I will be available in my office.”

If he accepts the 15 resignations, the new majority mark in the 224-seat Assembly will come down to 105 from 113. The Congress-JDS coalition of 118 will reduce to 103. The BJP now has 105 plus the support of the two Independent MLAs who resigned on Tuesday.

The members of the Congress also held a protest march in Kalaburagi over the political situation here.