The trio allegedly abducted the woman from a bus stop and raped her in Haryana's Mahendargarh district on Wednesday. 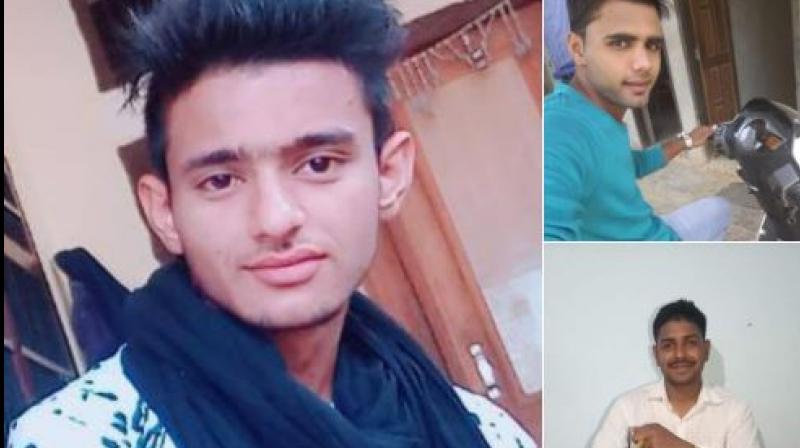 Chandigarh: One of the three accused in the alleged gang rape of a 19-year-old college student is an Army man posted in Rajasthan and a police team has been sent to arrest him, Haryana DGP B S Sandhu said on Saturday.

"Pankaj Fauzi is one of the accused who is working in an Army unit in Rajasthan. A police team has gone to Rajasthan to arrest him. I am sure that he will be arrested today," Haryana police chief BS Sandhu said, adding that all the three men were known to the victim.

The hunt for the other two accused identified as Manish and Nishu is underway.

Rewari police has released photos of all the three accused and has offered a reward of Rs 1 lakh for anyone who gives leads regarding their whereabouts.

Haryana DGP also said that ADG Rewari will conduct enquiry to see if there was a negligence by the police department.

Responding to the allegations that one of the prime accused in the case is an Army  defense personnel, General Officer Commanding-in-Chief (South Western command), Lt General Cherish Mathson said, "If an Army personnel is involved in the crime we will facilitate that the person is caught and booked for rape. We do not shelter criminals."

The trio allegedly abducted the woman from a bus stop and raped her in Haryana's Mahendargarh district on Wednesday.

Sandhu said all the three accused were known to the victim. A Special Investigation Team (SIT) has been set up to probe the case.

According to the complaint, the woman was allegedly kidnapped by the accused who arrived in a car and was taken to a secluded place where she was raped after being offered a drink laced with sedatives.

The accused left her near a bus stop in Kanina later in the day. However, the father of the young woman, a school topper who was felicitated by the government, told reporters on Friday that she could have been raped by 8-10 people.

Her mother has accused the police of failing to take action in the case. She said on Friday that her daughter was in a state of shock after the incident, while the accused were "roaming freely" after the incident.