It wasn’t as much a haunting of the spirit but the makers thought of this story where a video does not let you be at peace. 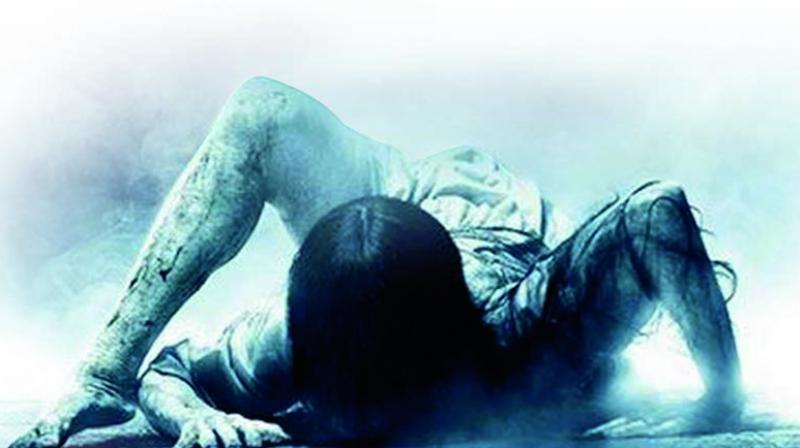 A still from the movie Rings
Rating:

So it is all coming full circle with the latest instalment in the Ring series which I hope will close the pit for good. Rings (2017) is about the origin, about how the spirit that would find new targets via an experimental film actually originated, and who let it loose. The series has been tormenting the viewers since the beginning of the new millennium and the 90s children have a strong impression of it since we all grew up with it.

Perhaps it is not the end of the series, this is another branching out but what makes me feel a little uncomfortable is the film is plagued by several anomalies in terms of the period and related settings. It is already a big challenge to scare audiences with horror films; the standard techniques are not working any more. The dark corners, the sudden beats and scratches, the haunting has become palatable with popcorns and can be washed down with a beverage. Last year I have seen all horror films struggle to make an impression. Perhaps that explains why there is an increase in the number of space exploration films being made. What scares us is no more inside us and to seek that thrill we are looking outward.

There were two important discoveries as part of this film: first was the tail that gets created of people who watch the video subsequently, and there was a professor devising this tail making sure that the curse went on transferring from one person to the other. The second discovery was the unusual carelessness of characters when it comes to them being a part of a horror story. If I were in a creepy situation, I would rather be more responsive and careful about objects that can be of help, but here we have protagonists who really neglect them, the professor who has had a breakthrough in the case tries to reach out to the protagonists but alas he is not taking calls since he has no idea where his phone is. Who does that?

Johnny Galecki plays the professor and as an actor he has brought about an interesting performance — you would see him deliver a lecture on calculus and he seems to be the kind of professor who simplifies everything. Matilda has a lot of poise, she is also the chosen one who thinks she can put an end to all of this, but Alex does not quite seem to be up for the game.

For those of you who are aware of experimental film genres, the video in the film is actually that. It is not an easy task to make sense of an experimental film, and perhaps it all started as a joke when someone who watched it felt disoriented.

It wasn’t as much a haunting of the spirit but the makers thought of this story where a video does not let you be at peace. The idea was developed further to give more character to the experimental video. Perhaps it wasn’t that, but there is no explanation to how it travels via the video and who made the video in the first place?

If we are to look at this instalment of the series where a lot of details of the ghost are revealed, one wonders who was making the video in this case. I mean, if it was the ghost then perhaps it had access to a decent video camera and good editing equipment since it is not just one video, there is a video within the video and a lot more.

Besides it doesn’t also feel quite right when the ghost, who can make films also, has the ability to show visions to the people who see the film. I mean why make a video when you can show visions already.