Alex just did not feel like a better excuse was plausible or novel. 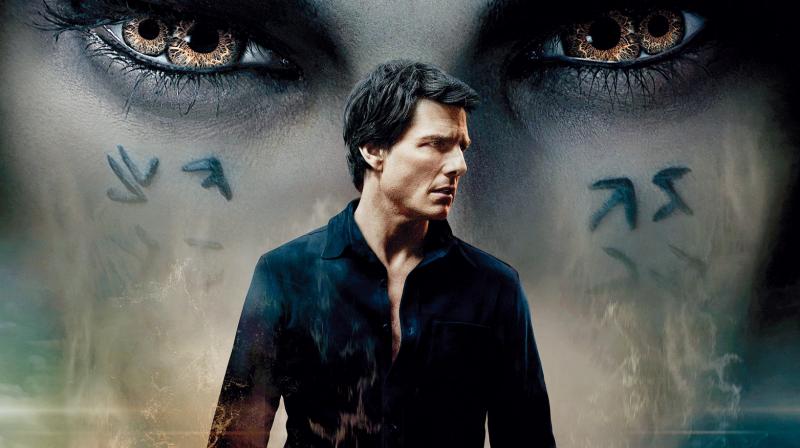 A still from the movie The Mummy
Rating:

Immortality is an important quest. Although you may say that it is death that gives life the meaning, it is this very death that one wishes to overcome and outlive. What happens when a superstar feels that his days of glory are passing by? Many would resign, go into depression or become absent from any kind of public appearance. But that is not who Tom Cruise is. With his latest film The Mummy, Tom has ridiculed his critics, including me, who were riling to put him down and he has now endowed himself with a mythical identity, which might actually outlive him. The Mummy is not a new concept. We have all grown up with versions of the story that ran in several sequels: a group of Americans going to forbidden pyramids and similar places in and around the historic sites of Egypt, disturbing the preserved and sometimes warded tombs and awakening a mummy that has been sleeping for centuries.

It is interesting to understand why only Americans make such films, and why do they have to go to the Middle East or Far East to look for such exotic stories and myths, perhaps the country is so devoid of history and culture that some of their best cinema comes from stories set outside or made by people who were outsiders. Most of these films place the Americans or the British in this position of an explorer, scientist or anthropologist who end up squandering the places they visit. Another important thing to note is that in all these stories the items discovered, antiquities stolen or acquired always end up in America and sometimes in London too where they are supposedly preserved, studied and documented. The Mummy too is the same story. Tom Cruise and his friend Jake Johnson are soldiers who also plunder ancient sites and relics for antiquities, which they sell in the black market. They end up uncovering something rather big for themselves to handle, and then everyone gets involved.

Sofia Boutella is a fabulous performer, an emerging actor who is trained in music and has been mostly seen walking the ramp and doing commercials. She was also seen prominently in Kingsman: The Secret Service (2015) and Star Trek Beyond (2016). In The Mummy she is seen as the entombed Princess Ahmanet who is awakened after centuries of being buried in the desert. She has now chosen Nick Morton or Tom Cruise as her partner, one she would kill with the ancient dagger and make into a God. This presents Tom Cruise with a wonderful opportunity of transcending time and space, becoming all-powerful, having control over life and death. In theory he cannot avoid it, cannot escape it and ultimately he doesn’t but in the process he creates for himself and for us an opportunity for speculation, intrigue and perhaps a larger mythology that will be supplemented with future instalments of the series.

Alex Kurtzman who has several blockbusters to his credit as writer, director or producer has presented us with his version of the story and it must have been quite challenging since filmmakers and writers have been exploiting the stories for more than seven decades now, each one giving a new excuse for their characters to be in the location. Alex sets the story rolling with the heavy voice of Russell Crowe giving us the prelude about how Princess Ahmanet made the pact with evil and how she was entombed. Then he puts us straight in the middle of the Iraq war and our protagonists are simply there to steal the antiquities. Perhaps it was a critical view of the war itself, or Alex just did not feel like a better excuse was plausible or novel. His handling of the story there on is very good.