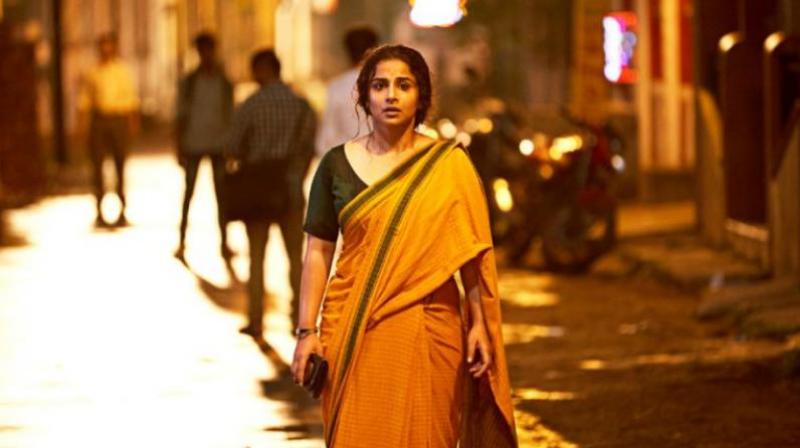 Kahaani 2 is definitely below expectations, and will only excite you if you’re a Vidya Balan fan.

How far will you go to save your loved ones? Director Sujoy Ghosh is back again with yet another twisted mystery set in Kolkata, starring Vidya Balan. However, this one is a lot more predictable than Kahaani.

Vidya Sinha (Balan) is a working professional in Kolkata, and a single parent to her daughter, Mini. She spends most of her time busy nursing a paralysed Mini. When her child is kidnapped, a harried Vidya leaves home to search for her, meeting with an accident and slipping into a coma while at it.

Inderjeet Singh (Arjun Rampal), a sub-inspector, comes to investigate Vidya’s hit and run case, but is shocked to find that the lady is actually Durga Rani Singh, who has been accused of kidnapping and murdering her own daughter. Is Vidya playing a double role? And is she guilty of accusations levelled against her? That is what Kahaani 2 sets out to show.

Sujoy Ghosh has penned a twisted tale that is engaging throughout, but starts to lose its grip in the second half. In 2012, he amazed audiences with an unusual story of a pregnant woman, but this one isn’t a spine-chilling thriller like the first one. So if Kahaani is your benchmark when you go in to watch the sequel, you may well be disappointed.

That said, Kahaani 2 is certainly a one-time watch. A part that sticks out like a sore thumb, though, is the revelation of Inderjeet’s bitter past and its links with Vidya. Few portions of the narrative are so predictable, that you can easily tell what’s coming next. Given audience exposure to international cinema, the level of suspense and mystery unravels in the blink of an eye.

Vidya is a talented actress, and there are no two ways about that. She carries both her roles with much conviction, but even a performer of her calibre can’t save a mystery loosely written. Arjun looks incredible as a tough cop and there’s a lot of scope for him to showcase his shades, despite this being Vidya’s movie. Jugal Hansraj makes somewhat of a comeback in this movie and looks good in his short but pivotal role. Kharaj Mukherjee and Tota Roy Chowdhury too are apt in their small roles.

Besides the busy streets of Kolkata, this movie takes you to the hills of Kalimpong, a hill station in West Bengal. The cinematographer, Tapan Basu, has shot Kahaani 2 pretty nicely. The great part about the Kahaani franchise is the music, which hardly breaks the engaging flow of the story. Lyricist Amitabh Bhattacharya and composer Clinton Cerejo have done a fair job with Mehram and Aur Main Khush Hoon, which are not only melodious, but also take the story ahead.

All in all, Kahaani 2 is definitely below expectations, and will only excite you if you’re a Vidya Balan fan, or if you watch it as a standalone mystery, unlike the nail biting prequel, Kahaani.