A flurry of plays for Mumbai

Putting Indian theatre on the global map, the National School of Drama is bringing the Theatre Olympics to the city, with 28 plays. 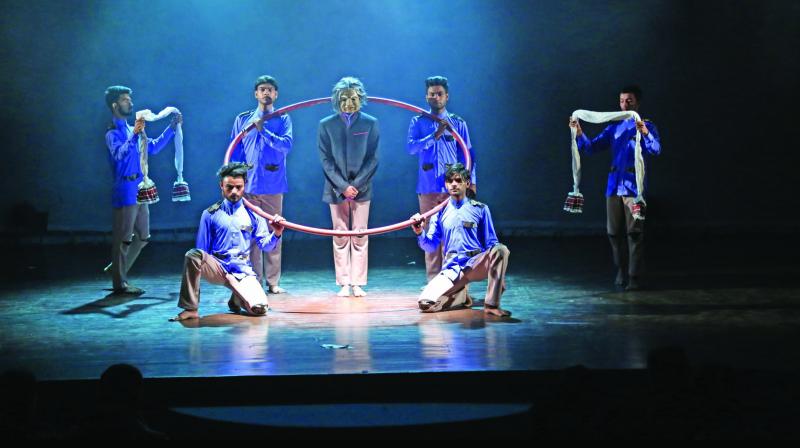 Artists on stage from the play Missile Man

Mumbai’s deep-rooted theatre circuit will be hosting its first ever Theatre Olympics with an array of plays, drama, folk art and creativity from across the world.

Bringing the 8th edition of the festival to the country across 17 states, The National School of Drama (NSD) has so far successfully completed runs in Delhi, Kolkata, Chandigarh, Guwahati, Jaipur, Varanasi, Manipur, Patna, Chennai, Bengaluru, Agartala, Bhopal, and Thiruvananthapuram.

“People abroad don’t have any clue about Indian theatre. I have been asked if there is any theatre culture in India! As a school, we gave a serious thought to our existence on the global stage,” says professor Waman Kendre, director of NSD. And it is in this move to put Indian theatre on the global map, that the festival was finally brought to India.

Having secured permissions in 2015, Waman says it took them three years to put together an assembly of 450 shows across the country. For the Mumbai chapter, the drama school in collaboration with Directorate of Cultural Affairs will be hosting a total of 28 plays over a period of 15 days. While 21 out of the 28, are by Indian directors and artistes, seven are international performances.

“There was a three tier system for selection. First, the entries were taken in from all over the world. Then a 40-member committee watched the plays over 12 days and short listed plays for the second tier committee,” says Waman.

Talking about the theme of the festival Flag of Friendship, the academician says in times when love and respect are lacking in society, theatre will bring a positive change.

“There are bad elements like violence and lack of compassion among people. All this should go out of the minds. In an attempt, we worked towards bringing everyone under a positive flag of friendship. And theatre is that flag. When one comes into the auditorium they forget about the negativity and go back with positive vibrations which theatre transform from stage to the audience. This is what we are trying to do, enjoying and celebrate life and humanity,” smiles Waman. 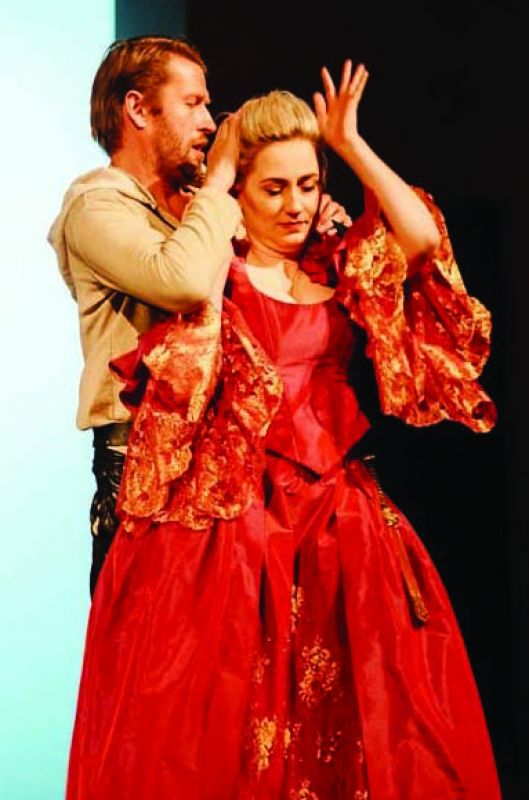 A scene from Balladyna

Opening the festival is a classical Indian play, Mohe Piya, an adaptation of Bhasa’s Sanskrit classic Madhyam Vyayoga directed by professor Waman. Also making a comeback is the regular performing wing of the school, NSD Repertory Company. “The Company is coming back into action after a long gap with five productions. They will be performing classics like Vidyottama, Taj Mahal Ka Tender, Ghasiram Kotwal and Khamoshi Sili Sili,” he lists.

While the plays make for an integral part of the festival, there will also be ambiance performances, youth forum ‘Advitiya’ and seminars discussing the scenario of theatre.

“Ambience performances are the main performance before plays by tribal and folk artistes. We also have a separate section for youth to showcase their creativity through street plays and folk bands,” beams the professor.

Especially on the occasion of World Theatre Day on the 27th, a seminar ‘Who Shrink My Theatre?’ will be held with national and international academicians and experts reading their papers.

Confident that Indian theatre will get the biggest boost with this festival, the organisers aim to bring it to the main theatre canvas.

“The current state of theatre is bound to change. There will be a new crop of the audience who will respect and watch theatre. It will give some kick to the thought process and will remain with us for next few years. This festival is bound to bring back the glory which we might have lost,” says Prof Waman.

Established in 1993 in Greece, the Theatre Olympics is a platform for theatrical exchange where dialogue despite the ideological, culture and language differences is encouraged. And having been hosted in countries like Japan, Russia, Turkey, China, to name a few, the festival has finally made its way to India.
—From March 24 to April 7, At Ravindra Natya Mandir, Prabhadevi and Nehru Centre, Worli