Rajput leaders have agreed to support us in making of Padmavati: Bhansali

The filmmaker has received support from leaders of the Rajput community after opposition from Karni Sena. 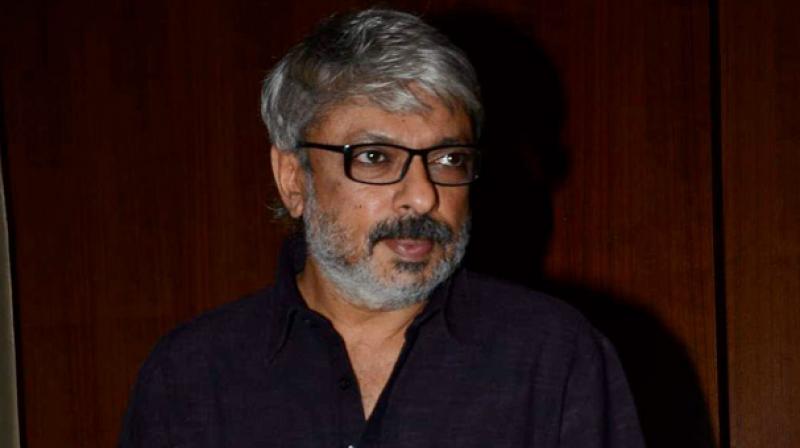 Mumbai: There is still uncertainty if the much-anticipated 'Padmavati' will release, after two separate attacks on the sets of the film.

The film has been in the news for the controversy it has triggered over the central character’s, Rani Padmavati (played by Deepika Padukone), depiction in the film. The director has now cleared the air that the Queen from medieval era has no dream sequence or romantic scene with the tyrant Alauddin Khilji who was obsessed with her.

In the light of the recent Kolhapur vandalism that happened on the sets of ‘Padmavati’, SLB told Bombay Times that the film will make the people of Mewar proud and also assured that he is sensitive towards the feelings of Rajputs and will not exercise his freedom of expression to tarnish the reputation of Padmavati.

“As an artist, I too believe in the freedom of expression, but I'm also aware of the responsibility that comes along with this freedom. We do not intend to hurt the sentiments of any community and can confidently say that Mewar will be proud of the film. My team and I have met with some of the Rajput leaders, who, upon receipt of our clarification, have agreed to support us and have also signed our letter and promised cooperation in support of the making of the film. I hope this puts to rest all the misconceptions regarding the film…My team and I have carefully researched every aspect of information available on Rani Padmavati for making the film. There was never any alleged romantic scene, dream sequence or imaginary song between Rani Padmavati and Alauddin Khilji in the script. I repeat, there NEVER was and NOR is there any such scene between Rani Padmavati and Alauddin Khilji,” said the National award-winning director.

Earlier this month, the set of ‘Padmavati’ in Kolhapur was burnt down. This incident happened two months after SLB was beaten up at Jaigarh Fort in Jaipur while shooting with the secondary cast of the film. A few activists from Karni Sena organisation had accused him of showcasing their Queen in poor light and vandalised the set.

“The sets of Padmavati in Kolhapur in Maharashtra region witnessed an unfortunate incident, when certain miscreants attacked the film’s set and set it on fire in an attempt to damage the property. A complaint has been filed to investigate this matter further, but we are grateful that there has been no loss of life or harm to anybody on the set. While, thankfully the incident occurred after we had wrapped our shoot for the day and all the artists, cast and crew were safely away; unfortunately, around 70 – 80 percent of costumes and jewellery for the movie have been destroyed,” he added.

This incident had created a huge furore, prompting the film industry to seek justice for the ace director. This is the second time SLB and team have clarified that there are no objectionable scenes between the Queen and tyrant.

The titular character will be played by Deepika Padukone, while Ranveer Singh portrays the role of tyrant Alauddin Khijli and Shahid Kapoor will be seen as Raja Rawal Ratan Singh, who was the husband of Rani Padmavati.