'It is unfortunate': Shahid Kapoor on attack at Padmavati sets in Kolhapur

The actor, who is one of the leads of the film, has condemned the vandalism on the sets of the period drama. 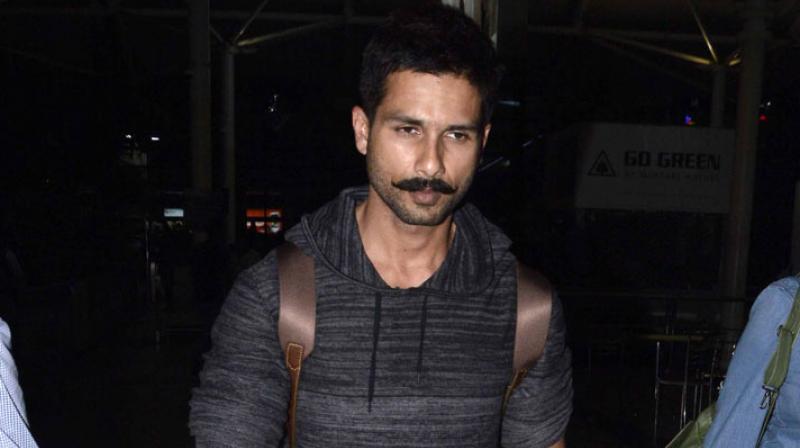 Shahid's 'Padmavati' is set to release on November 17.

Mumbai: Shahid Kapoor says it is unfortunate that the set of his upcoming film ‘Padmavati’ was vandalised in Kolhapur district.

The set of Sanjay Leela Bhansali’s film, which also stars Ranveer Singh and Deepika Padukone, was vandalised by unidentified persons at Mhasai Pathar in Kolhapur.

Around 20 unidentified people torched the costumes and the animal feed kept there for the horses featuring in the period drama, the police said. “I am aware there has been some disruption that happened, I am aware that a certain amount of costumes got burnt, I am aware everybody is safe and nobody got harmed. The shooting has wrapped up and the team is coming back,” said Shahid.

“What I am not aware of is who has done it. It is unfortunate that something like this has happened for the second time. As soon as there is some more clarity, the production house will respond to it. But no principal actors were there (when the incident happened),” he added.

In January this year, some members of Karni Sena, a Rajput community group, had attacked Bhansali and stalled the film’s shooting at Jaigarh fort in Jaipur.