Looking for a healing touch

It is the state’s responsibility to ensure each and every individual has access to healthcare.

Thus the right to health obligates countries to take legal and policy measures to make available access to quality care. India’s health care system shows that in reality there is utter denial of the right to healthcare to a vast majority of the population.

Former health secretary K. Sujatha Rao, in her book, notes the huge gap in healthcare facilities. The share of capital expenditure in the public health expenditure is only 7.5 per cent. As a result, India is short of 3,469 community health centres (CHC) for every 1,00,000 people, 5,887 primary health centres (PHC) for every 30,000 people and 27,430 sub-centres for every 5,000 people. This has led to a situation where almost 80 per cent of tertiary care and 60 per cent care is catered to by the private sector.

The private sector works as an independent republic without any regulation. As a result, every year nearly 63 million people are pushed below the poverty line for paying their healthcare bills.

Successive governments have done nothing to increase public spending on health. However, they have promoted the private sector by giving various concessions such as land for free or on concession, duty-free imports of equipment without enforcing any legally binding obligation or monitoring mechanism on affordable health care.

There are reports of overcharging, unwanted procedures, excessive bills etc. Studies show that even after insurance schemes like the Rashtriya Swathya Bhima Yojana and various state government-sponsored insurances schemes, there is no change in the burden of out of pocket expenditure.

The National Health Policy 2017 promises some change in the right direction. It states that the public expenditure on health would be increased from the existing 1.15 per cent to 2.5 per cent by 2025. It aims to reduce the catastrophic payments to 25 per cent from the current level. Further, the policy sets a target of increasing the utilisation of public healthcare facilities by 50 per cent. It also promises “the establishment of primary and secondary care facilities as per the norm in high priority districts”.

Yet, Niti Aayog, the premier planning body, is promoting the leasing of even public hospitals to the private sector to run. This would potentially deteriorate the access to healthcare further.

In the long run, the only effective way is to enhance public investment in health infrastructure. Indian policy makers and politicians should shed their neo-liberal leanings and fulfil the constitutional mandate. 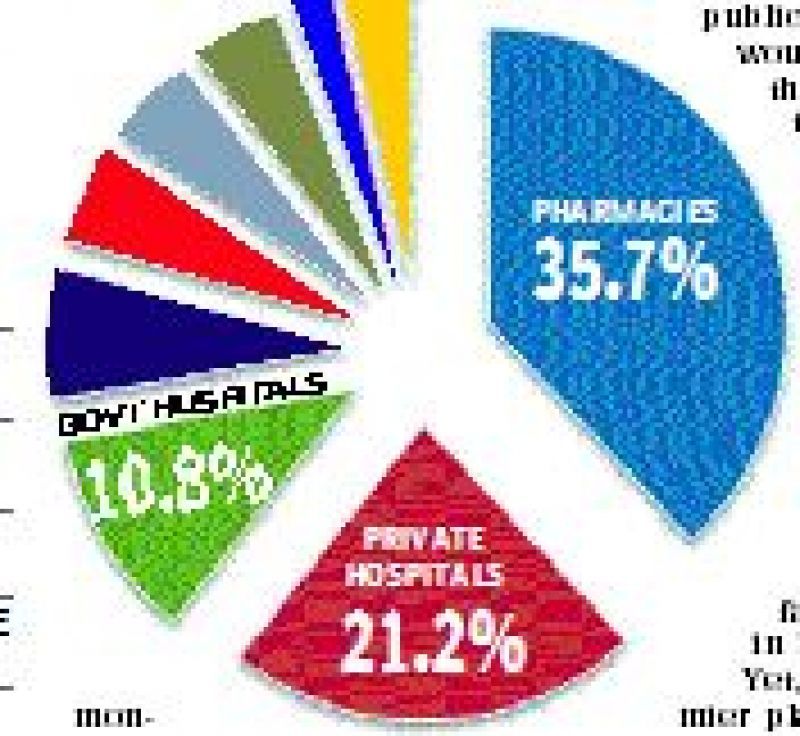 (The author is legal researcher associated with the Third World Network)