In war, there is big money 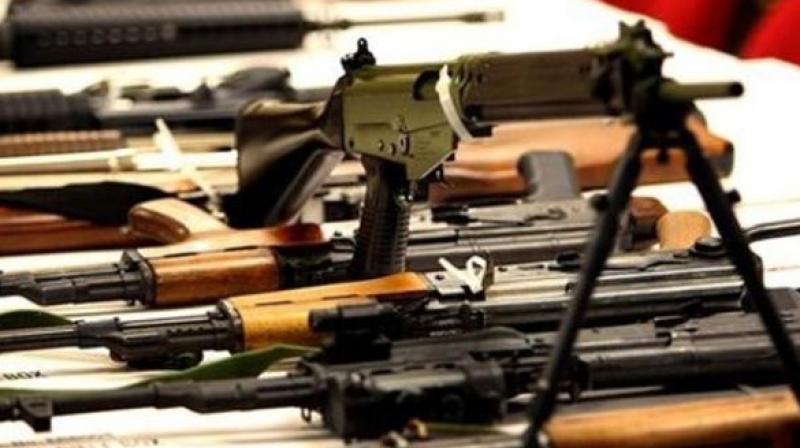 I wish we lived in Utopia. There would be no poverty. No hunger. No rapes. No murders - and no wars. Leave alone man, even Gods had wars. The annual 1700-billion-dollar weapon industry today is a reality. Should this money be spent on education, healthcare, care of the disabled and elderly, the arts, etc.? Of course! And in an ideal world it would be. So why are meagre resources being spent by countries on defence budgets? An average of about 3-4% of the world's GDP is spent on military expenditure. Saudi Arabia spends 10 % of its GDP, Israel 6%, the UAE 6%, Russia 5% and the USA 3%.  India's defence budget at about 2.5% of its GDP is amongst the top 5 in the world! In real terms it is 2.5% of about 2264 billion USD, that is about 57 million USD. China at 2% of 11200 million USD is about 224 billion USD. Nearly four times that of India!! This spend by India is required to avoid it being trampled upon, steamrolled over and exploited by more powerful nations.

We live in a globalised world and it is a bad world -with, of course, a lot of good people. Unfortunately, it is not the latter that by and large run governments. The powerful nations have a large and established web of power centres, which keep persevering to get more powerful. The smaller states have despots and dictators who rule with an iron fist. In both cases political parties and heads of government amass huge amounts of wealth. We also live in a world of tensions created between ethnic, religious and political ideologies and other groups. Each group believes that only their faith or philosophy is right and wants to impose their 'right' on others. This leads to conflict: - 'war'! And who finds it an ideal situation? Unscrupulous individuals who have no compunctions about making money over others' deaths and misery, bullies who feel that might is right and build power to boost their egos and rule as megalomaniacs.

The booming illegal arms trade fuels death and destruction in conflict-ridden areas. Where do the ISIS, the Taliban and terrorist groups all over the world get their weapons - not limited to small arms - from? The manufacturers are in the so-called developed countries. USA, Russia, China, UK and France are amongst the leaders. The USA has 60% of the share! Is it a coincidence that these countries are the ones with the official licence to have nuclear weapons and have veto powers in the UN?  Large corporates in powerful countries have the clout to engineer wars as was done in Iraq and Afghanistan. Apart from getting contracts for subsequently rebuilding war-ravaged countries, weapon-manufacturers make a killing on re-equipping and replenishing depleted weapon resources. The money that goes into the research and development of weapons is in billions of dollars, as huge profits are there to be made. There is immense competition to recover investments made and it is easy for large companies to find governments to sell their wares to. With greed being a common human trait, there is enough scope for bribery and corruption.

Governments spending money on buying weapons exploit existing insecurities or create an atmosphere of fear to justify the money spent. So, should India stop spending on weapons? Not possible. We need to recall that the weak get bullied. In today's world, economic power is more important than military power. India should focus on that. However, to safeguard economic interests, military power is essential. A balance has to be maintained between allocations to health, education and building infrastructure to improve the lives of people and building a strong economic base. Military power needs to be projected to achieve this. Expenditure can be curtailed by having more indigenisation - we have failed miserably here. The recent attempts at 'Make in India', if successful, will help, especially if the defence sector is opened to the private sector and the public sector companies made more accountable.

If we want a world where economic resources are used for the betterment of humankind, we need nations to trust each other. To live and let live. To not impose ideas and ideologies on others. To have equitable international dispensation. Where there is no veto power in the UN. Where only a select few do not have the right to have nuclear weapons.  Maybe India should aim at being economically and militarily so powerful that the world will listen to it when it says weapons of mass-destruction should be universally banned and that the powerful countries should stop exporting weapons that fuel turmoil and cause deaths. We are far away from that Utopia.