In biz models, no free lunch even in space

The US is in the forefront in this kind of multiple constellations that are looking at different parts of the world. 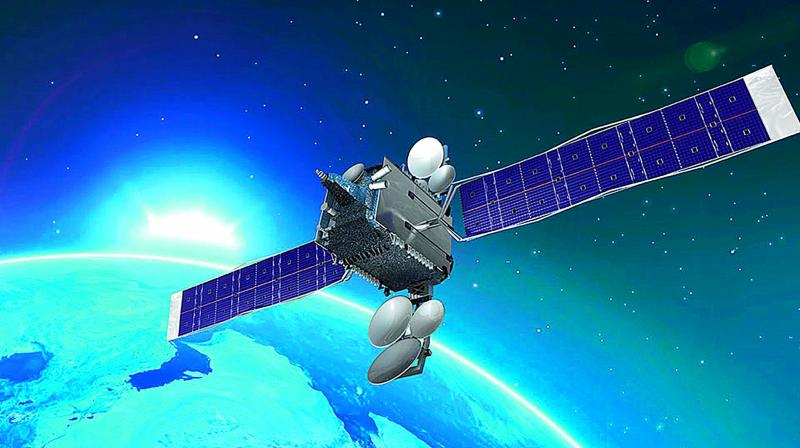 20 satellites make up the Global Positioning System, or GPS, enabling precise positions to be measured at any time.

India has a constellation of satellites for remote sensing which has got tremendous diversity and variety in terms of spatial resolution, spectral resolution, radiometric resolution, and, also, by the very nature of constellations, they also have a temporal resolution, that is, they can revisit a particular location with a very high level of frequency.

This is the first and important thing about India’s Earth-bound capability now. They operate invisible, near infrared, far infrared, thermal infrared and also in micro regions like X band and C Band. If you look at it from this point of view, it caters to a variety of Indian stakeholders like agriculture, forestry, oceanography and environment ministries which utilise the data.

Many of these capabilities have been put to use for the benefit of other countries. Data used by Indian satellites is used for disaster management elsewhere as India has agreements to share its capabilities for the larger good of the world.

These Indian satellites will reprioritise their observations to look at areas that are currently affected by natural disasters like floods or earthquakes or drought, and provide timely information. India has even provided tsunami-related inputs.

Equally important is India’s role in providing training in the use of remote sensing and geographic information systems to many countries in the Asia-Pacific region. As a consequence, many countries have established their own systems and developed capabilities to channelise the data from satellites for the revival of science, agriculture, environment, groundwater mapping, fisheries and oceanography.

Then there is the “manna from heaven” for Southeast Asia, an exclusive satellite (GSAT-9) that will serve six nations, including Afghanistan. The satellite will support communication, broadcasting and Internet services, disaster management, telemedicine, tele-education, and weather forecasting in these countries. Moreover, by sharing the satellite, these countries get a closer understanding of how India uses satellite inputs for national development and growth.

Nonetheless, this willingness to share homegrown capabilities has also thrown up fundamental questions: how much data can be shared, how timely can it be. Then there is also no clarity about high-resolution data that could be shared, the policies related to this being constantly in flux. But the bottom line is that the best of the capabilities should be available for the region as well as global community whenever there are humanitarian needs.

The number of satellites is huge. This is mainly because remote sensing is carried out by very small satellites of 10 kg, 20 kg, and 30 kg. It is no longer the bulky 300 kg, 400 kg kind of satellites. These small satellites are arranged into a constellation, the global positioning system (GPS) for instance, in such a way that all parts of the world are constantly kept in observation. The US is in the forefront in this kind of multiple constellations that are looking at different parts of the world.

Many of these constellations are promoted by private companies and therefore are pivoted around a business model. When it comes to business models, we are certainly not going to get a free lunch. You have to pay money for it. Large numbers of small satellites are being promoted by companies in the US and other countries, and these satellites far outnumber the ones used for civilian applications, especially in the area of humanitarian causes.

Take for instance an Indian satellite covering a certain region in another part of the world. This satellite will relay information if some alarming natural development is taking place in this geographical area. But if a satellite is not able to directly provide that data at that particular time, either because there is no ground station or for any other cause, the information will be received in India. India will then process the information to the required specification and give it back to the other country.

But there are burning global concerns for which there can be cooperation. The melting of the Arctic, and the rise in sea level is a phenomenon that can do with some data sharing. Global warming is a universal issue, it is a global concern for which all observational systems —whether on the ground, in the air, or in space — are being deployed to their maximum capability to understand the complex phenomena so that one can take certain actions based on a scientific assessment of the degree and nature of the problem.

When there is an investment, the objectives are very clear in respect of its return in terms of kind or cash. The “charge policy” also varies. If it is a short turnaround time, the cost is high. If it is archived data, the cost is not so high. If it is for educational purposes, it could even be free.

So depending upon the ultimate purpose and the timeliness of the data that you are looking for, the cost will vary and each country has its own unique costing principles which are today known all over the world.

If there is investment, there should be strategies for cost recovery. There are several downstream applications some of them are really provided though on a commercial basis some of them are more on a cooperative basis so there is no one unit answer.

The author, an astrophysicist, steered the Indian space programme for over nine years as the chairman of Isro. As the chairman of Isro Satellite Centre, he oversaw the development of new generation spacecraft, Indian National Satellite-2, Indian Remote Sensing Satellites and other scientific satellites.