Under water, under siege

Professor Amita Bhide
The writer is a faculty teacher at the School of Habitat Studies, Tata Institute of Social Sciences, Mumbai.

We encroach every vacant space, water body, sewage line, and clog them with tonnes of plastic, construction rubble and other wastes. 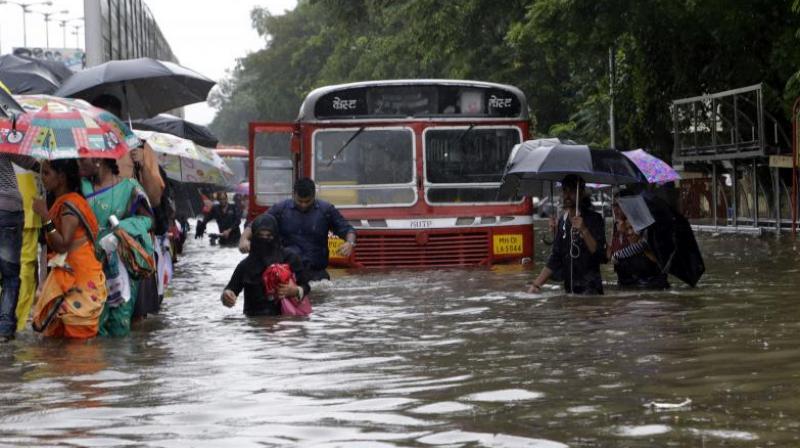 Flooding in cities suggests critical failures in our ability to anticipate and prevent disasters. We blame the civic bodies and sanitation staff for doing a shoddy job, but what about our own social responsibility and civic sense? We encroach every vacant space, water body, sewage line, and clog them with tonnes of plastic, construction rubble and other wastes. And then we cry ourselves a river over flooding.

At the time when India looks at its cities as growth engines for the economy, and as sites to give opportunities to the burgeoning demographic dividend, the cities themselves seem to be crumbling under the pressure of too large a population, too little infrastructure and the near absence of planning.

The oft-repeated pattern of flooding in cities in recent years across terrains, distinct scales and geographies, suggests critical failures in our ability to anticipate, prepare for, and prevent, disasters. Heavy rainfall events in a tropical country like ours are part of a seasonal cycle and constitute a fair possibility of occurrence (once in 30 to 40 years), though there may be some unusual patterns in particular regions due to recent climatic changes. It is the ability of cities to handle such events that has reduced or come under question.

A combination of various forces, which includes the mindless exploitation of land, privatised growth of cities, a curtailed imagination and the practice of planning, and the inability to foster a strong public realm, have resulted in changing the intensely compact, mixed-use Indian city into a sprawling settlement where land, real estate and building are the only valued elements. Urban development is today equated with building and construction. Such expansion happens via private townships and layouts, but also because of the colonisation of the peripheries at the behest of various class interests.

In this highly myopic pursuit, profits from land, lakes, nalas, rivers and mountains are all sought to be converted into something far more precious i.e. developable land. It is interesting to note that state agencies, corporate and private interests, and several classes are all complicit in altering the courses of rivers and natural drains, encroaching upon them and concretising every possible surface, thereby leaving no space for absorption of water. The reasons for flooding, thus, can be easily traced to the manner in which development takes place today.

The poor, who are marginalised from more valuable lands, are pushed into occupying more contentious, environmentally risky terrains — riverfronts, nalas, hill slopes and edges of lakes. While they are often seen as the subjects of environmental deterioration, it must be realised that they are the lowermost layer of a land exploitation regime and often the most vulnerable and with the least choices.

This segmented nature of the urban Anthropocene in India needs to be recognised because, often, decisions meant to deal with sites of environmental risk turn out to be a double whammy for the poor — they are the worst victims of disasters like floods; they are also victims of governmental actions to prevent future floods. The occurrence of disasters such as floods is often attributed to a lack of planning. While there is certainly a lack of planning, it is necessary to pinpoint what aspect of planning is to be blamed. Recurrent flooding is after all only a symptom of an urban system that is powered by politics of stealth, of practices where classes seek to expand their private interests, and the commons be damned. In such a scenario, even planning becomes only a tool in the hands of the propertied and seeks to appropriate the benefits of speculation for a few while attempting to defer the costs to another domain, make them invisible or transfer them to a more vulnerable group.

Successful planning requires planning for the common good. It requires the creation of institutions that gather scientific knowledge and apply that knowledge in an integrated manner to predict risk, prepare for the same, and institute adaptive or mitigative responses.

Since several of our cities now have detailed disaster management plans, systems do kick in fairly quickly after disasters and there is a fair degree of knowledge of the risks and hazards in particular terrains, but the application of that knowledge involves costs and deferment of “development”. Is this a cost that we as a society are prepared to pay? Are we willing to understand the risks and carefully offset them with the costs concerned?

Do we have sufficient faith in knowledge systems, in state institutions that legitimise or delegitimise particular kinds of knowledge? Does the state have sufficient faith in the citizens to bring knowledge in the public domain and generate a discourse around developmental pathways and the respective costs/benefits entailed? Are we prepared to make the urban poor and other disenfranchised groups part of this deliberation, and treat them as an integral part of cities and the opportunities they offer?

What we thus require is a different imagination of planning and of our cities. Else let us enjoy our private benefits and await the next round of heavy rains to inundate the city.