Discourse   07 May 2018  CSA is about power and domination
Discourse

CSA is about power and domination

While one method of CSA is coercive, violent abuse of children, the other processes by which abuses happen are far more insidious. 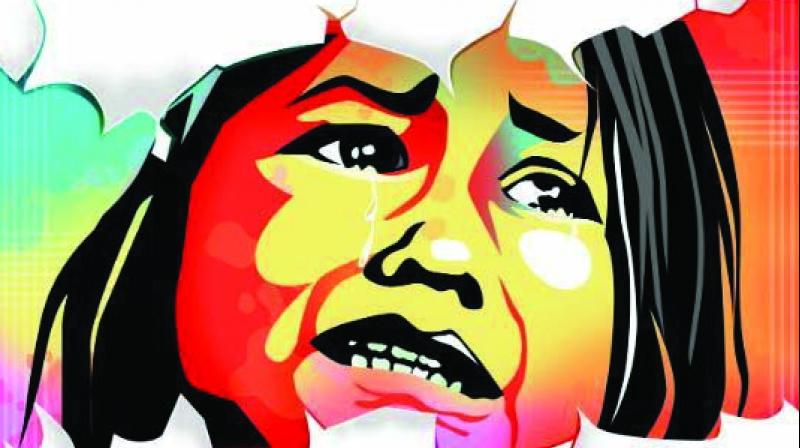 ‘Grooming’ is a process of engaging the child/adolescent in sexual acts by developing trust.

More and more paedophilia and child sexual abuse cases are being reported but the phenomena are more complex than the public believes. The certainty of punishment, more than its severity, may be a deterrent.

While one method of CSA is coercive, violent abuse of children, the other processes by which abuses happen are far more insidious. ‘Grooming’ is a process of engaging the child/adolescent in sexual acts by developing trust.

It is universally accepted that not all paedophiles necessarily abuse children and not all adults who abuse children are necessarily paedophiles. There are instances in which child sexual abuse (CSA) occurs in a context of cycle-of-abuse or mental illness, including paedophilia. However, this does not encompass the entire reason behind CSA, and individual psychopathology stemming from a history of abuse is unlikely to explain why a person abuses children.

CSA is essentially an issue about children and childhood. This means the exploitation is predicated on the developmentally young age of a child, including physical immaturity, as well as a lack of knowledge and understanding of sexual engagement and its consequences. However, it is also an issue of sex and sexuality, of gender and patriarchy, and of power and domination.

CSA is a sex and sexuality issue, wherein children are used for gratification of adult sexual needs. That there is a sexual motivation is apparent, or the adult’s interaction with the child could have taken other forms, either pro-social or simply physically or verbally violent in nature.

According to Finkelhor’s precondition model of child sexual abuse, there are four underlying factors that explain the occurrence of abuse: (i) Sex with children is emotionally satisfying to the offender (Emotional Congruence); men who offend are sexually aroused by a child (Sexual Arousal); men have sex with children because they are unable to meet their sexual needs in more socially appropriate ways (Blockage); and finally, these men become disinhibited and behave in ways they would not normally behave (Disinhibition).

CSA is an issue of gender and patriarchy. This suggests that girls are more vulnerable than boys, and also that perpetrators are more likely to be men. This does not mean boys are not abused or that women are never the perpetrators. According to radical feminist theory, male dominance and oppression of women is a sex-based class phenomenon. This means that men as a class maintain privilege via the subjugation of women. Violence, including sexual violence, is one vehicle toward this end.

So, CSA is also a power and domination issue. In other words, it seeks to show that one party has unbridled power over another, the latter usually being physically smaller or weaker, and younger. This may also help explain why some perpetrators abuse children as young as eight to nine months old; such an act is more likely to reflect power and domination over another, along with sexual gratification.

The age-old practice of the use of rape as a weapon of war is another illustration of how sexual abuse is used by one party (or community) to establish power and domination over another, an example of sexual engagement in a non-consensual context.

While one method of CSA is coercive, violent abuse of children, other processes by which abuse happens are far more insidious. ‘Grooming’ is a process that does not entail fear-coercion. It is a process of engaging the child in sexual acts by developing a relationship of trust.

Broadly, it entails the following steps:

(i) Identifying and targeting the victim: The perpetrator selects a victim based on the vulnerability of a child, either owing to dysfunctional family relationships or other socially or financially difficult circumstances.

(ii) Gaining trust and access: The perpetrator provides a child with special attention, or sympathy. In younger children, this may take the form of luring them through games and gifts and sweets, to build that ‘special’ friendship; in adolescents, material as well as emotional lures are used - the latter entail telling him/her things such as ‘you are so beautiful… there is no one is the world I love as much as you…and no one understands me the way you do…’

(iii) Playing a role in the child's life: The perpetrator builds on an existing relationship by playing more important roles in the child's life, including guidance and mentorship, akin to parental/caregiving roles but with a clear agenda to create dependency and strengthen the relationship ('No one understands you like I do…I know what is best for you…let me guide you…')

(iv) Isolating the child from family/others: The perpetrator uses every opportunity to say things, either directly or subtly, against the child's parents/other caregivers, to weaken those networks and relationships, ensuring the child’s dependency on him as well as the secrecy and 'special-ness' of the relationship they share.

(v) Creating secrecy around the relationship: Across age groups, the perpetrator imbues the relationship with a ‘special-ness’ and secrecy (‘so much more exciting if no one knows about the games we play together…the special-ness of our relationship would be spoilt if other people knew about it…’) that is made to seem unique and exciting to the child; letters and phone calls may also be used to increase the sense of secrecy.

(vi) Initiating sexual contact: The perpetrator actually engages in sexual behaviour with the child, following the building of the relationship.

(vii) Controlling the relationship (using age/power/threats/emotional manipulation, and making a child believe it was her fault)
Thus, grooming involves manipulation of children and adolescents, that eventually lead to what may be termed as 'manufactured consent', i.e., though grooming also entails coercion, it is so subtle that children and adolescents feel they have actually consented to the (abusive) behaviour of the perpetrator. Notwithstanding the sugar daddies in tourism paedophilia, the basic nature of grooming is exploitative and manipulative. Its essence is not an outcome of mental illness or paedophilia.

Despite growing awareness about CSA among the general public and the many awareness and so-called prevention programmes implemented for children, conviction rates for perpetrators are still woefully low in India. Inthe last few years, it has been observed that younger children are increasingly being targeted for abuse owing to their relatively under-developed cognitive and speech abilities; perpetrators rely on this fact.

One of the many reasons for low conviction rates is that
it is exceedingly challenging to elicit evidence from child witnesses and victims for court procedures. As of now, a serious review and re-examination of the Protection of Children from Sexual Offences (Pocso) Act procedures is called for as are initiatives and experiments on child interviewing in a judicial context, to enable more efficient conviction.

What is Child Sexual Abuse?
There are many definitions of child sexual abuse. The standing committee on sexually abused children (Bajpai, 2003) has defined Child Sexual Abuse as ‘Any child below the age of consent may be deemed to have been sexually abused when a sexually mature person has by design... engaged or permitted engagement of that child in any activity of a sexual nature. The UN has defined child sexual abuse as interactions between a child and an older child or adult when the child is being used as an object of gratification.

Myth: Only strangers abuse children sexually.
Fact: Danger from strangers is only a small part of the problem. Research indicates that in upto 85% cases, the child’s relatives, family, friends or someone known by the child is involved.

HOW RAMPANT IT IS

Every 2nd child in India is being exposed to one or the other form of sexual abuse and every 5th child faces critical forms of it. They all are in need of protection.

A study by the National Study on Child Abuse (2007) reported:

53.18% children in the family environment not going to school reported facing sexual abuse.

20.90% of all children were subjected to severe forms of sexual abuse that included sexual assault, making the child fondle private parts, making the child exhibit private body parts and being photographed in the nude.

Reasons for prevalence of CSA in India
In Indian context, Child Sexual Abuse (CSA) is snowed under many different suppositions and oppositions. Some assumptions are:
Out of sheer curiosity children must have asked for sexual contact.
Sexual abuse is part of the process of growing up and does not lead to any negative consequences.
Very young children cannot be abused sexually.
Boys cannot be abused, only poor are abused.
Women being the caregivers can never be offenders etc.
The reality contradicts these assumptions. Nonetheless, after trying to make people constantly aware of these facts, the myths prevail.
Adults of our society are interpellated with many unacceptable stereotypical messages and the same is passed to future generations. Child sexual abuse in India thrives on this very mentality. Parents have no idea how adversely this crime can affect children in their adulthood.

Break the silence
Despite the harsh statistics, currently there are only four organisations in India working on the issue in a determined manner. Hence, the need is great to make people aware about this issue and talk more about it openly. Getting involved in the fight against sexual abuse is the only way to prevent it. We must raise awareness of the prevalence and consequences of child sexual abuse by educating adults about preventive steps, recognise and react responsibly to the reality of child sexual abuse.

(The author is Professor and Head of the Department of Child & Adolescent Psychiatry, National Institute of Mental Health and Neurosciences, Bangalore)