Save the internet from corporate censorship

The last five years has seen an inversion of the initial trend. 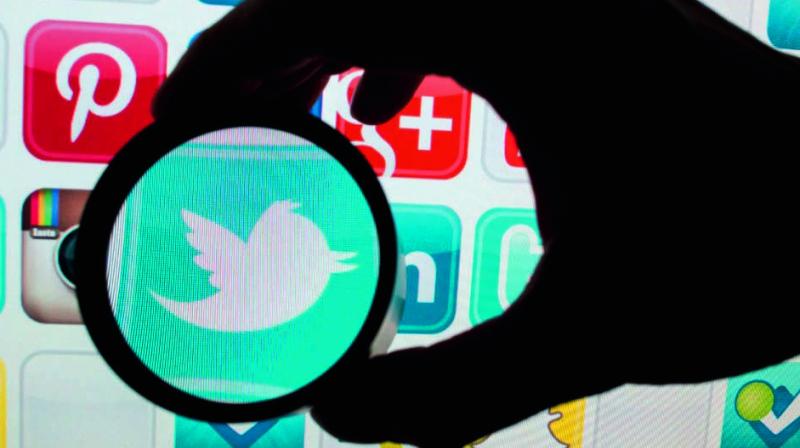 Everybody should be able to know that we are making these types of decisions.

This is the regime of private censorship and this is already in place. Our country has what is called “notice and take down system” in which individual letters published or circulated in media or unacceptable content is simply taken down without informing.

The debate over social media playing the censor is not new. Often, the debate stems from a superficial understanding of social media, which is the offshoot of an information technology breakthrough. Most forms of information and communication technologies are dual use, which can be used to protect human rights and empower citizens. But they can also be used to undermine human rights and democracy.  The last five years has seen an inversion of the initial trend.

During the early days of the internet, everybody was convinced that the internet would have only positive consequences.  Now, we have a reality to check and see a lot of its negative effects.

Social media companies have always had community standards for terms of use and were more limited than the constitutionally protected right to free speech. So even if our country allowed us, for instance, to engage in harassing behaviour and there was no law against that, some social media companies made that unacceptable on their platforms. What we need to see now is the second generation of tightening of those norms because it is very clear that some actors of social media are taking it too far.

The most important thing to realise is that this is the regime of private censorship and this regime is already in place. In some countries this is better configured. Our country has what is called “notice and take down system” whereas in a country like Canada, it is “notice and notice system”. In notice and take down system, individual letters, published or circulated in media or unacceptable content is taken down without informing. In the notice and notice system, the originators are informed and they are part of the adjudication process.

This is a dangerous form of censorship. We need principles of natural justice implemented in the regime. The second would be the opportunity to be heard. The third would be reasoned decisions when the social media company takes a decision, they must give a reason for taking that decision. The fourth would be transparency. Everybody should be able to know that we are making these types of decisions.

Unfortunately, today, this regime of private censorship has none of these elements of natural justice. Censorship is happening all the time. Censorship is happening because some content is unlawful. For example, copyright infringement is routinely censored on the internet and the excuse is it is unlawful content. Unfortunately Americans do not complain about this form of censorship because they don’t see access to acknowledge as the key prerequisite to the right of free speech. So Americans are terribly unhappy when a political speech is censored. But they don’t talk about other forms of censorship.

Now, with the specific case: Infowars boss Alex Jones, what was very suspicious was that multiple independent companies entered roughly at the same time and that is very suspicious because if you are following the process, if you are implementing the principles of natural justice, it is very unlikely that very different companies will come to the same conclusion at exactly the same time frame. This proves that these companies are making these censorship decisions politically and they are not following the internal adjudicatory process. That is the reason why people find that the Alex Jones incident is unacceptable.

Often, one is asked whether we handle internet responsibly. It is not a question about responsibility; it’s a question of literacy. In the developed world, people have encountered new media over a rather extended historical trajectory. They had pictures, telephones, television and over the years they got acquainted with more and more sophisticated information and communication technologies. In India, it is very different because at least 30 per cent of the population is illiterate, they have been exposed to the latest form of ICTs without encountering previous generations that have been technologies.  So the critical capacity is underdeveloped. Therefore it is easier for them to be manipulated, easier to be fooled. The question is how can this be redressed?

Civil society’s first responsibility is to ask the government to regulate internet giants. One very important area of regulation is competition role. If these giants were not monopolies, their influence on our society would not be so large. Implementing monopoly law and competition law in a sufficiently effective manner against these internet giants will help India.

The second responsibility for civil society is to breed technical alternatives. There is a group of positive fellows who have just put together an obfuscator for browsers. Even when you are not using your computer, the browser will concentrate, make enquiries and search your social media. This extension to browser will perform various transactions to confuse those who are tracking you online. So that is the technical response to some of these online tracking.

Finally, a civil society must hold internet giants to account, especially when they perform private censorship without the due process and principles of natural justice. Then we must shame them and force them to adopt better standards. Education and awareness enhancement are too expensive.

Internet individual users, no matter how educated they are, will be incapable of protecting their rights. Civil society should focus on reforming laws, providing means for technological resistance and holding internet giants to account. Companies should adhere to the due process and principles of natural justice.

(The writer is executive director of the Bengaluru-headquartered Centre for Internet and Society.)