The son of legendary photographer Raghu Rai, and an acclaimed photographer in his own right, Nitin Rai is carrying forward a gifted legacy. 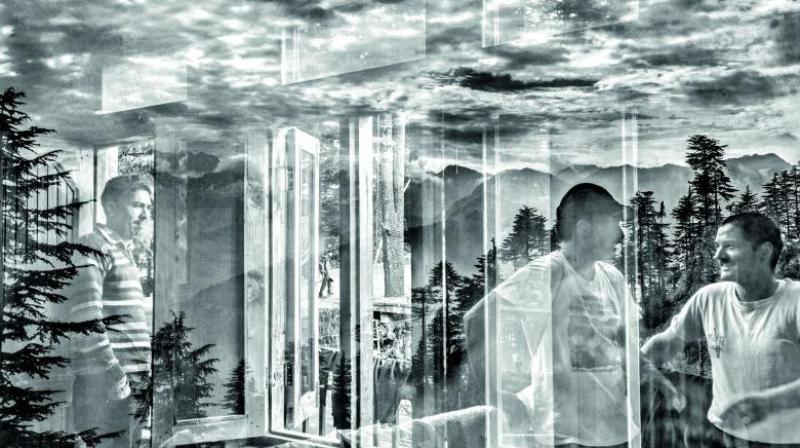 Landscape and life in reflections

AAs a child, Nitin Rai saw his father, ace photographer Raghu Rai, carrying his camera and taking pictures all the time. Even his father’s friends like Kishore Parekh, his elder brother S. Paul and other legendary senior photographers would come over with their prints and discuss images, which further ignited acclaimed photographer Nitin Rai’s interest in photography. 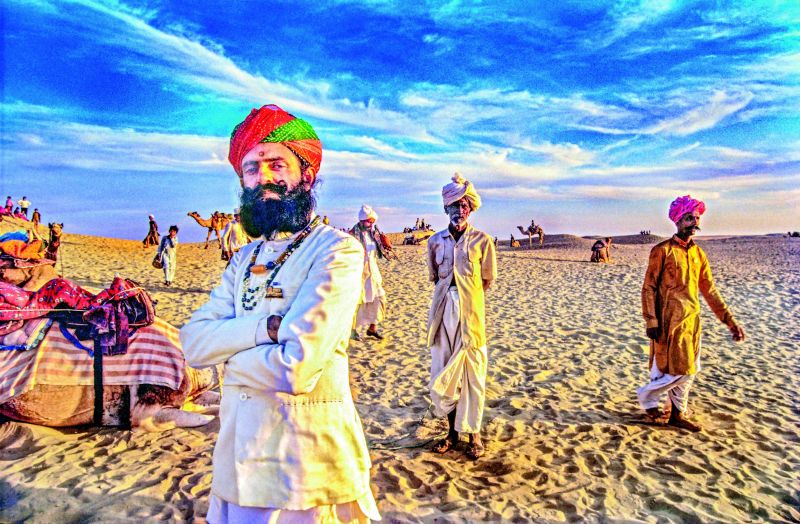 “One day, I asked my father to give me a camera and that’s how my journey started,” says Nitin, who started taking photographs at the age of 13 as a freelancer. 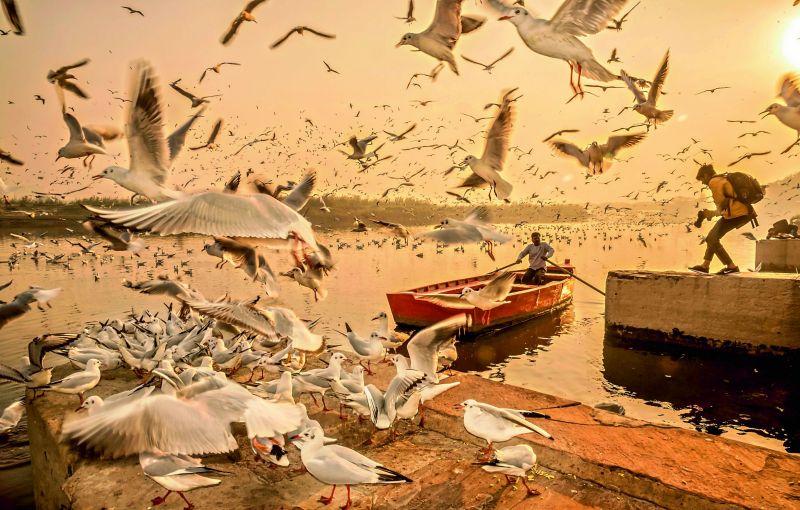 Sea gulls at the Yamuna ghat.

His biggest learning has been the ability to connect with people of different cultures and backgrounds, to become a part of their scenarios and capture their essence. “All human beings are the same, regardless of their culture, race or place. It’s all about giving good vibes and having the patience to be able to see the image and capture the moment,” says the photographer, who has done life and documentary, photojournalism, portraiture, fashion, interiors, food and industrial photography. 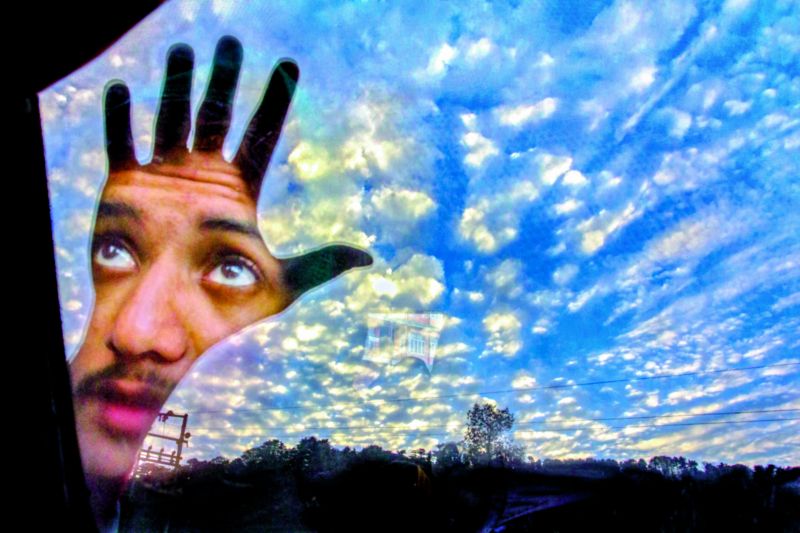 Nitin, whose work has been featured in TIME magazine, Der Spiegel, Stern, Figaro, Facts, Tattler, The Sunday Telegraph and The Independent, says that he carries a camera with a basic 24-120mm lens on a daily basis as it works for most situations that need to be photographed. 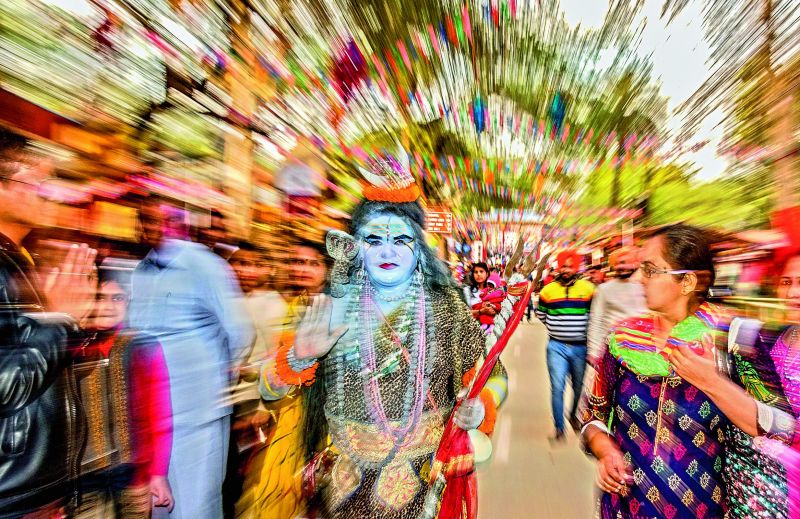 A Behrupiya dressed as Lord Shiva at Surajkund crafts mela.

Ask about his favorite photography location, and Nitin says, “India is a beautiful country ranging from the Himalayas, deserts, backwaters, forests and rivers to the oceans. All of them are my favourite locations and they all connect us with Mother Nature, who is the biggest creator. All of them inspire me.” 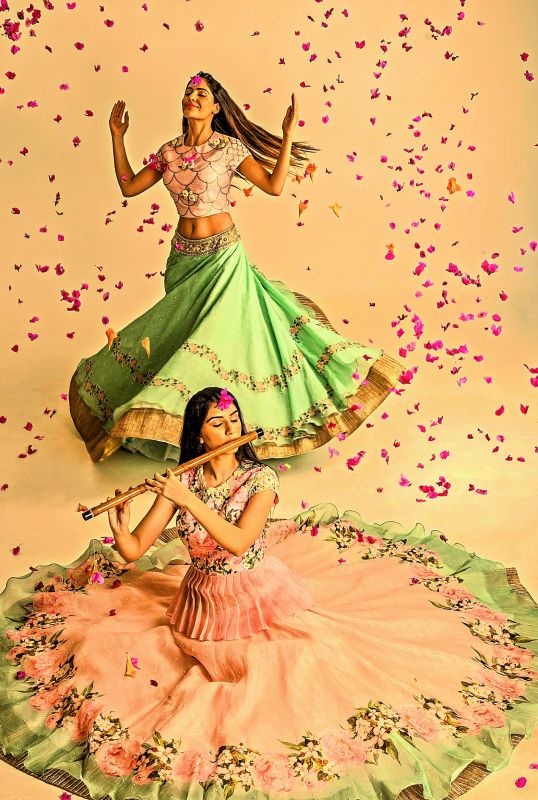 Photograph titled Dancing for the Lord

As for the most dangerous situation he has ever encountered while on assignment, Nitin recalls, “It was the demolition of Babri Masjid in 1992 where I was beaten up by a mob of people. The other was when I got stuck in the crossfire between militants and the armed forces in Kashmir in 1994.”

Sources of Inspiration
“My biggest inspiration has been my father Raghu Rai, whose work inspired me to pick up the camera. He still inspires me. Other photographers whose work I admire are S. Paul, Alex Web, Abbas, Henri Cartier Bresson, Sebestiao Salgado, James Natchwey, William Klein and Richard Avedon,” says Nitin.

Awards and accolades
While the ace photographer has several awards under his belt, he is the winner of the 1992 Nikon International Award, and one of his images has been featured on the cover of TIME magazine.