Award-winning wildlife photographer Tim Flach shares flashbacks of his adventures with the camera. 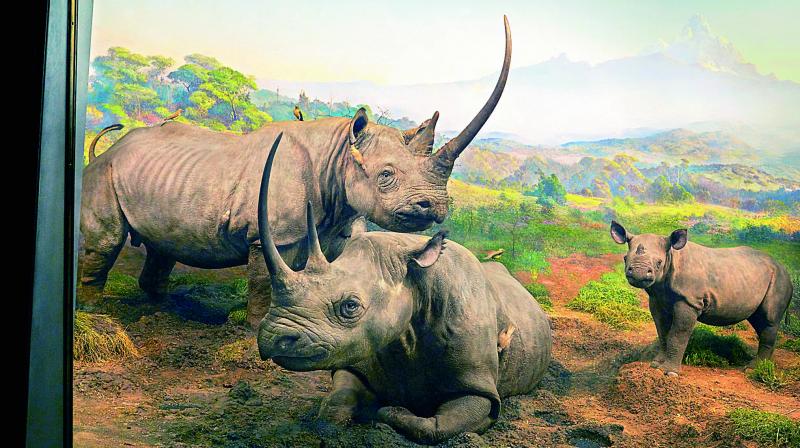 Today, he is an award-winner and widely acclaimed for his skill in photography. But the path has not been easy in any sense for Tim Flach. The British photographer whose body of published work includes books like Equus, Dogs Gods, Evolution, More Than Human and the powerful Endangered, says it was a learning disability that made him take up the camera.

Elaborating on his motivation, he says “I discovered that I worked better in a visual way and that led me to photography and what was for me a better way of being able to express my thoughts and ideas. I find inspiration for my work from a wide array of sources. Over the years I have found myself more influenced by the work of painters such as Picasso.”

Tim, who was in Hyderabad for The Indian Photography Festival 2019, now seeks to use his skills in photography to shift public and scientific perceptions of the natural world towards an understanding that is more compatible with the demands of an ecological crisis. “In the case of photographing the natural world and consequently being a witness to so many species on the edge of extinction, I have been made aware of the real importance of connecting people with nature,” he says. His approach focuses on the ‘personalities’ of animals, and provokes powerful emotional responses in viewers, encouraging them to rethink man’s place in the natural world.

For the book Endangered (2017), Tim travelled around the world to photograph species on the edge of extinction. He captured on film the last male Northern White Rhino in Kenya and many rare species such as the Ploughshare Tortoise, Scimitar Oryx and White-Backed Vulture in their natural habitats. In the course of this and other assignments, he has often found himself in tricky situations.

Talking of one of the most dangerous of these, Tim says, “While diving off the coast of the Galapagos islands to photograph Hammerhead sharks, I found myself caught in some incredibly strong currents while 30m below the surface; I was eventually washed ashore, thrown up on to the rocks of the coastline, completely powerless against the whims of the ocean. I was extremely lucky to get out of that situation unscathed.”

But there have been incredibly rewarding experiences too. He was fortunate to see a lot of the world while capturing wildlife in its native habitats. “One of the most special experiences was while photographing Icelandic horses and experiencing the vast wild volcanic landscape, seeing the lagoons and the ice floes. Also, going back to the Hammerheads, the experience of diving amongst them and viewing them from below was quite spectacular,” he says, and tacks on a typically British humorous understatement — “before things started to go slight awry!”

Asked to pick a few of his favourite images, Tim says, “The ones that come to mind would be the fruit bat series, the horse mountain, the featherless chicken and the Hungarian Puli that looks like a mop.”