The terror that visited Sri Lanka in April 2019 was something that local people had hoped was long consigned to the past. 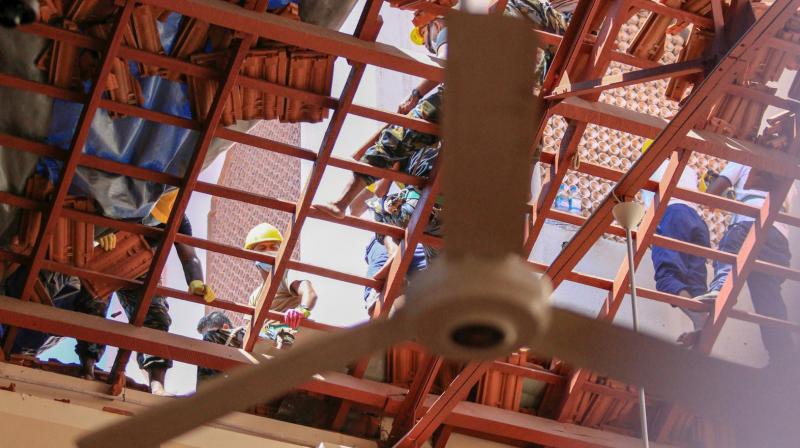 Colombo: I was in Sri Lanka, near the city of Matale, when the Easter Sunday terrorist attacks happened. The last time I was in the country was in 2008, when the war between the Liberation Tigers of Tamil Eelam (Tamil Tigers) and the government was in full swing. The terror that visited Sri Lanka in April 2019 was something that local people had hoped was long consigned to the past.

On that Sunday, a friend told me to contact my family to let them know I was alright. I wondered whether it would make it into the international news and they would know. 11 years ago barely anyone would have noticed, but this time my phone didn’t stop ringing.

I started reading international news to get a better sense of what was happening. But, perhaps in the rush to file copy, most of what I read linked the island’s history of violent ethnic conflict with the Easter Sunday attacks as if they were one more episode in an ongoing story of inter-communal violence. They were not.

It is impossible to explain these attacks as an internal affair that aligned with domestic sectarian cleavages. The government has accused local militant Islamic group National Thowheed Jamath for the attacks, while Islamic State has also claimed responsibility. Not only did local Muslim groups lack the resources to carry them out on their own but, more importantly, the rationale for the attacks has been imported from abroad.

The bombings appear to have been aimed at an international audience, with the targets chosen for their links to liberalism and western ideals. The victims were Sri Lankan Christians and international and local elites staying in high-end hotels. The country’s Christian community is small, it crosses Sinhalese and Tamil ethnic divides, and generally is not particularly influential, so it does not make sense to target this community from the perspective of local politics.

Targeting wealthy foreigners equally makes little sense from a local conflict dynamic. When the Tamil Tigers conducted terrorist attacks they did not deliberately target tourists, in order to avoid antagonising the international community. The freezing of the Tigers’ international funds upon being declared a terrorist organisation signalled the beginning of its end.

Muslims in Sri Lanka are a regularly targeted minority population, and while they might hold legitimate grievances against the state and the Sinhalese majority, when we consider the targets, these are not likely to have figured prominently among the motives for the attacks.

Sri Lanka happened to be the stage for a play that could have been performed in so many other places across the globe. The important thing was that the world was watching.

A number of domestic factors did make Sri Lanka an opportune place for such an attack, however. Rifts between the prime minister and the president meant that important intelligence information which could have prevented the attacks was not passed on.

That the attacks could have been averted has been picked up widely by the press. This narrative of failure has made it look like Sri Lanka was a state in complete disarray in the aftermath. Many tourists cancelled or shortened their trips, and the Sri Lankan economy has already been severely affected by this. Tourism accounts for 5% of the country’s GDP, and the government predicts a 30% decrease in overall tourism from this year to the next.

But from my eyewitness view, the government’s response was swift and extraordinarily wide reaching. Hours after the attacks, social media was blocked (and stayed blocked for more than a week) to prevent the spread of misinformation and ethnic outrage. Curfews were put in place, and checkpoints were positioned across the whole island. Security checks were established in bigger retail stores and at cultural and historical sites, too.

Sri Lanka is one of the few countries that has extensive experience with terrorist attacks. It took only a few hours to restore an entire war infrastructure that had enveloped the island ten years ago. The atmosphere in the centre of the island around Kandy, at the beaches in the south, and the capital city of Colombo in the days following the attacks was not one of panic and chaos, but one of quietness and restraint.

That’s not to say there is no tension, however. I have never heard someone from the Sinhalese majority make a negative statement about the Tamil minority in general, even during the war. They always said they had a terrorism problem, not a Tamil problem. But sentiment towards the Muslim minority is now different.

A few days after the attacks signage was up in buses across the island forbidding face veils. Social media activity has provoked anti-Muslim riots in several southern cities, causing the government to temporarily re-institute a social media ban. And now nine Muslim ministers have resigned from the government following a monk’s allegations and mass protests that three were involved in the attacks.

A fortnight after the attacks I accidentally ended up in an impoverished Muslim neighbourhood in Colombo. Police were patrolling the area in groups of eight. People on the streets seemed a bit surprised to see me there at that time. Many smiled. One tuk tuk driver, perhaps making fun of the unusual situation, shouted “BOOM!” at me while driving past. He stopped and asked me with a big smile on his face whether I was scared. “No,” I responded.

Thinking about it in the days and weeks following, I should have asked him, “Are you?”. Because although the attacks followed an international logic, their consequences are already being felt locally.

This article was originally published in The Conversation/Global