Gilgit-Baltistan in open letter says Pakistan only an 'assumed supervisor'

'Pakistan's status here is that of an (assumed) supervisor and it has no right to change the borders,' the letter stated. 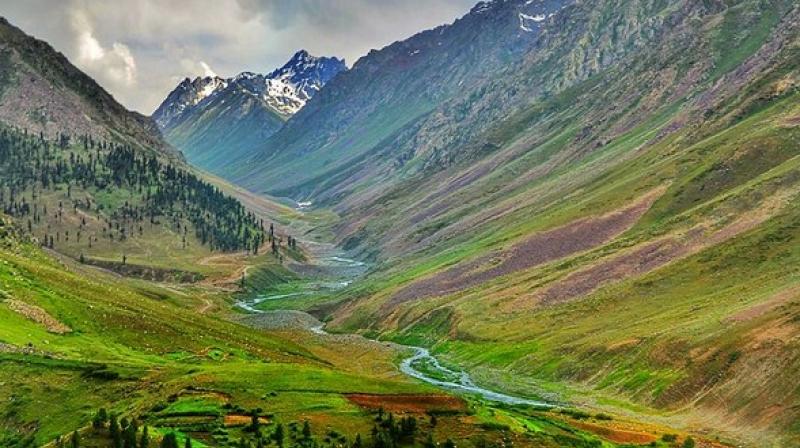 Gilgit-Baltistan: Gilgit Baltistan in an open letter has stressed that the territory, which has been administered by Pakistan, is a "compelling part of the state of Jammu and Kashmir" and Pakistan's status is only that of an "assumed supervisor" that has no right to change its borders.

"Pakistan's status here is that of an (assumed) supervisor and it has no right to change the borders (of this territory)," the letter stated.

The open letter stated that this matter is not confined to (the territory of) Gilgit-Baltistan but is in fact directly connected to the erstwhile state of Jammu and Kashmir and its (assumed) disputed status.

"On account of the natural routes of the territory of Jammu and Kashmir being deliberately restricted, it is difficult to transmit news of events occurring in one part of the (erstwhile state) to other parts (of the State)," it said.

"In 1947, when the State of Jammu and Kashmir was divided into three (parts), whereupon after the ceasefire and UN (United Nations) involvement, the third Northern province of Gilgit Ladakh was split in two, of which an area of c.28,000 square miles was separated from Muzaffarabad and Srinagar upon coming under the control of Pakistan," the letter added.

"In contrast to Pakistani and Indian controlled Jammu and Kashmir, (the territory of) Gilgit Baltistan has endured various changes (in its geographic structure). C. 2,000 square miles of the territory was given - in the interim - to China (as part of the Sino-Pakistan Agreement in 1963). The State Subject Rule of Jammu and Kashmir (20/04/1927) has been (practically) been laid dormant," it noted.

Laying emphasis on another important issue addressed as a "dangerous game", the letter further said, "This game involves the adjacent borders (of Gilgit-Baltistan) with KPK (Khyber Pakhtoon khwa - a province in Pakistan) which meet the State (of Jammu and Kashmir)'s borders at various geographic points. For the past 71 years, KPK has been subtly encroaching into our State."

"At the first instance, interference took place in the district of Diamer (as an occupation of the land) beyond Basha (in KPK) reached Basri. From where (effectively the Pakistani State) successfully encroached up to 30 kilometres into (GB) territory. If this area had remained with us (GB), then KPK would not even have a claim on Diamer Basha dam at all," the letter added.

"In the second stage, the area of Chitral in KPK which is adjacent to district Ghizer (in GB) encroached into the latter area where the historic polo ground of Shandur is situated.

Here, the Chitral scouts with the help of FC (Frontier Constabulary of Pakistan) occupied this ground. Shandur boasts the world's highest polo ground and tourist resort. This area is the State of Jammu and Kashmir's third Northern province's historic part, whose (geographic) boundaries were (mutually) agreed upon (and settled) by Mahar," it stressed.