The Indian Embassy has issued a detailed list of the Indians who were hospitalised, went missing or survived the incident. 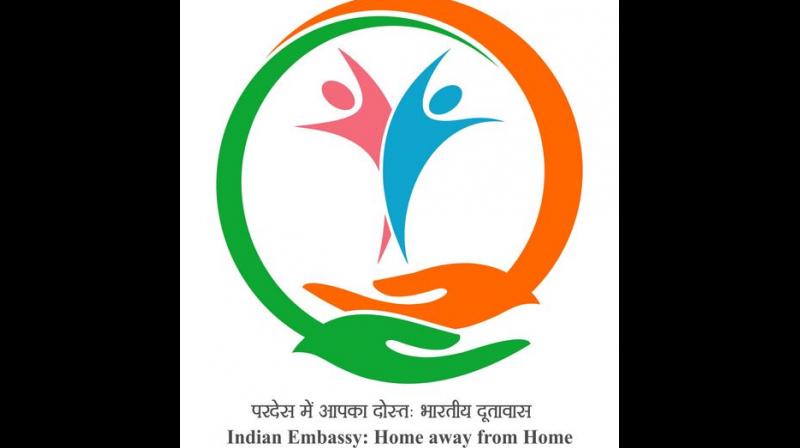 'Some of the missing may be in the list of dead which we are still to receive as identification is not possible because of the bodies being burnt,' the Indian Embassy said in a release on Wednesday. (Photo: Twitter | @ indemb)

Khartoum: Most of the Indian victims hospitalised or reported missing after the massive LPG tanker blast at a ceramics factory in Sudan belonged to Tamil Nadu and Bihar states while authorities are trying to ascertain the details about the 18 Indians killed in the tragedy.

The Indian Embassy has issued a detailed list of the Indians who were hospitalised, went missing or survived the incident that happened at Seela Ceramic Factory in Bahri area in the Sudanese capital Khartoum on Tuesday, killing 23 people and injuring 130 others.

Eighteen Indians were among those who lost their lives in the tragedy. No information is currently available on their identities.

Seven Indians have been hospitalised, with four in critical condition and 16 reported missing.

Six victims belonged to Tamil Nadu, five from Bihar, four each from Rajasthan and Uttar Pradesh, two from Haryana and one each from Delhi and Gujarat.

Out of those hospitalised, Jai Kumar, Bobalan and Mohd. Saleem are from Tamil Nadu; Ravinder Singh and Surender Kumar hail from Rajasthan; Neeraj Kumar from Bihar and Sonu Prasad from Uttar Pradesh.

"Some of the missing may be in the list of dead which we are still to receive as identification is not possible because of the bodies being burnt," the Indian Embassy said in a release on Wednesday.

Expressing grief at the incident, External Affairs Minister S Jaishankar said 60 Indians were employed in the factory and 53 of them were understood to be present at the factory and residential area at the time of the accident.

"Sadly, we have reports of fatalities among Indian workers and we are trying to ascertain the numbers," he said.

The injured have been admitted at Al-Amal Hospital, Omdurman Teaching Hospital and Ibrahim Malik Hospital.

He said the Indian Embassy in Khartoum is in constant touch with the factory management and the embassy staff has been stationed at the site as well.

"We are working with the Sudanese authorities to facilitate the identification of the deceased at the earliest," he said.

A total of 34 Indians who survived have been accommodated at the Saloomi Ceramics Factory residence.

According to a statement issued by the Sudanese government, the blast in a gas tanker triggered the fire.

"Preliminary observations indicate a lack of necessary safety measures and equipment at the factory, in addition to random storage of flammable materials," it said.

An investigation has been launched, it added.

Meanwhile, Sudanese Prime Minister Abdallah Hamdok, now on a visit to the US, expressed his condolences for the victims and said that preliminary reports indicate the absence of necessary safety tools.

"The random storage of flammable materials contributed to the continuation and expansion of the fire and the destruction of the factory completely," he said in a statement from Washington.

"The Council of Ministers will form a committee of inquiry to determine the responsibilities and avoid the recurrence of such unfortunate incidents in the future," he was quoted as saying by Sudan Tribune portal.