Johnson and Gove instead became two of the most prominent Brexiteers. 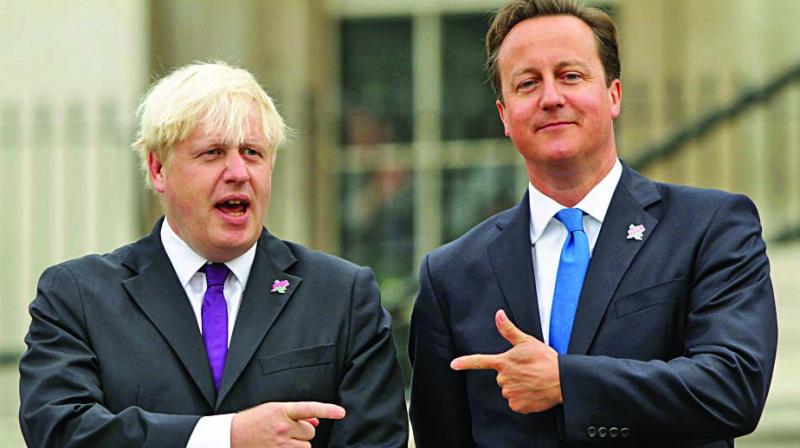 London: Former Prime Minister David Cameron, a keen game shooter, has said that he gets revenge on Brexit plotters Boris Johnson and Michael Gove by pretending that he is firing a gun at them when he goes shooting.

The former Prime Minister said he enjoyed imagining the birds he shot were named “Boris” or “Michael”, the Mail on Sunday reports.

Mr Cameron was asked how he fills his days after leaving the 10, Downing Street at the World Economic Forum in Davos. He replied: “I have used the extra time to take up shooting again. I find that when I shoot a few Borises and Michaels I feel a whole lot better.”

The joke was only half in jest, as the 50-year-old reportedly feels “betrayed”  by his former ministers after they campaigned on the other side of the referendum vote. But Mr Johnson and Mr Gove instead became two of the most prominent Brexiteers after joining Vote Leave.

The former Tory leader was forced to suspend his country sports when he became the Prime Minister, which included deer-stalking and fox-hunting, for fear of courting controversy.

Since leaving the 10, Downing Street, he has reportedly been shooting twice, taking part in a shoot at the Salperton estate in Gloucestershire last month.

In his Davos speech, Mr Cameron added that despite giving up frontline politics, he was “still fully wedded to public service” and joked “in the meantime I’m available for weddings and bar mitzvahs”.

The report comes after Conservative MP Jake Berry said that Mr Cameron had someone to cut the crusts off his toast during a Tory Party getaway. His former ally George Osborne was also in Davos giving a speech after it was revealed he was the highest-earning MP in 2016.

Mr Osborne, who was another Cabinet casualty of the landmark Brexit vote, has earned more than £628,000 from speeches since being sacked by Mr Cameron’s successor Theresa May. Mr Osborne, who is serving as a backbench MP, has been charging up to £85,000 to speak to global firms in London, New York and Dubai.