Brexit deal achievable amid drifts with EU, says Theresa May

May said EU had responded positively to her proposal for time-bound UK-wide arrangement until solution to Irish border can be worked out. 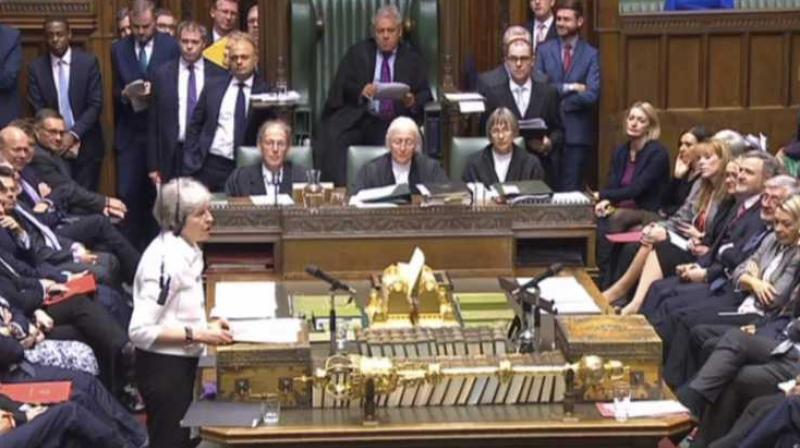 Britain's Prime Minister Theresa May addresses the House of Commons, London, with an update on the latest developments in the Brexit negotiations. (Photo: AP)

London: British Prime Minister Theresa May on Monday insisted a Brexit deal was "still achievable" despite differences with the EU, but warned against any attempt to "trap" the UK in a permanent Customs Unions, ahead of a crucial Brexit summit in Brussels later this week.

In her statement to the House of Commons, May sought to quell a "great deal of inaccurate speculation" in the media about a falling out with the EU over the issue of managing the open border between UK territory Northern Ireland and EU member-country Ireland once Britain has formally left the economic bloc on March 29, 2019.

"We are entering the final stages of these negotiations. This is the time for cool, calm heads to prevail," she said, ahead of European Council meetings starting in Brussels on Wednesday.

May has dismissed the EU's previous suggestion of keeping Northern Ireland aligned to its trade rules as a safety net, or a so-called "backstop" arrangement, saying this would divide the UK.

In her statement to MPs, she said the EU had "responded positively" to her proposal for a time-bound UK-wide arrangement until a solution to the Irish border can be worked out.

But the 27-member economic bloc is still insisting on keeping a specific "backstop" arrangement for Northern Ireland on the table, which is unacceptable to Britain.

The EU is insisting that there is not enough time to work out the details of a UK-wide customs solution in the next few weeks and is therefore calling for a "backstop to the backstop - effectively an insurance policy for the insurance policy".

"And they want this to be the Northern Ireland-only solution that they had previously proposed. We have been clear that we cannot agree to anything that threatens the integrity of our United Kingdom," May said.

The UK is leaving the EU in March 2019, along with its single market and customs union, which allow for friction-free trade between members.

After Brexit, it will have a land border with the EU between Northern Ireland and the Republic.

Both the UK and the EU want to avoid a "hard border" - physical checks or infrastructure between Northern Ireland and Ireland - but cannot agree how.

In relation to another point of concern for pro-Brexit MPs, she stressed that she would not agree to any non-timebound Customs Union arrangement which would inhibit the UK's ability to do trade deals with other countries around the world.

"I need to be able to look the British people in the eye and say this backstop is a temporary solution I am clear we are not going to be trapped permanently in a single customs territory unable to do meaningful trade deals," she said.

If a way forward is agreed by both sides, Britain's withdrawal agreement from the EU could be finalised by Thursday, signed at a special EU summit next month and voted on by Parliament at the end of November.

The focus can then move on to the future relationship of the UK with the EU.

May has already survived a number of senior resignations from her Cabinet over the future agreement with the EU, with few other ministers believed to be on resignation-watch if they disagree with her approach.

The prospect of a no-deal exit from the EU is an equally major threat that looms over the Theresa May led government.

Meanwhile, the ongoing impasse over measures to prevent a hard border between Northern Ireland and the Republic of Ireland has thrown the entire Brexit timetable for reaching a deal into major doubt.