A miracle attributed to Devasahayam was recognised by Pope Francis in 2014, clearing the path to his canonisation in 2022 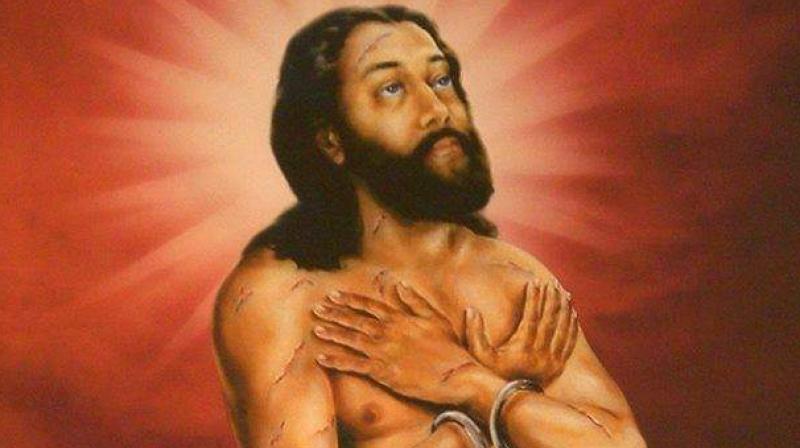 Vatican City: Devasahayam Pillai, who embraced Christianity in the 18th century, on Sunday became the first Indian layman to be declared a saint by Pope Francis who used the impressive canonisation ceremony here to renew his appeal to world leaders that they may be "protagonists of peace and not of war."

Pope Francis, 85, canonised Blessed Devasahayam during the Canonisation Mass held in St Peter's Basilica in the Vatican attended by over 50,000 faithful from all over the world as well as government delegations honouring the 10 new saints.

Devasahayam was recommended for the process of Beatification by the Vatican in 2004, at the request of the Kottar diocese, Tamil Nadu Bishops' Council and the Conference of Catholic Bishops of India.

A miracle attributed to Devasahayam was recognised by Pope Francis in 2014, clearing the path to his canonisation in 2022.

It was the first canonisation ceremony at the Vatican in over two years. Pope Francis, who has been complaining of strained ligaments in his right knee for months, used a wheelchair to preside over the ceremony.

In his address, the Pope decried the many wars afflicting the world today and called on leaders to take responsibility.

Sadly in the world distances grow and tensions and wars increase, the Pope said, expressing hope that the new saints may inspire solutions of togetherness and ways of dialogue.

Especially in the hearts and minds of those who hold positions of great responsibility and are called to be protagonists of peace and not of war, the official Vatican News quoted the Pope as saying.

Speaking during the General Audience on March 23, nearly a month after Russia launched a special military operation in Ukraine, the Pope had remarked on how the war in Ukraine shows that humanity had to shed a strange instinct for "self-destruction" and that buying more weapons was not the ultimate solution to any conflict.

A group of Indians holding the tricolour cheered from the gathering when Devasahayam's name was announced.

With the completion of the process, Pillai, who took the name "Lazarus" after embracing Christianity in 1745, became the first lay person from India to become a saint.

Devasahayam was born on April 23, 1712 as Neelakanta Pillai into a Hindu Nair family, at Nattalam in Kanyakumari district, which was part of the erstwhile Travancore kingdom.

He was an official in the court of Travancore's Maharaja Marthanda Varma when he was instructed into the Catholic faith by a Dutch naval commander.

"Lazarus" or "Devasahayam" in Malayalam, translates to "God is my help".

"While preaching, he particularly insisted on the equality of all people, despite caste differences. This aroused the hatred of the higher classes, and he was arrested in 1749. After enduring increasing hardships, he received the crown of martyrdom when he was shot on 14 January 1752," a note prepared by the Vatican earlier had said.

Sites linked with his life and death are in Kottar Diocese, in the Kanyakumari district of Tamil Nadu.

Devasahayam was declared Blessed on December 2, 2012, in Kottar, 300 years after his birth.