Pak's prez Arif Alvi and Prime Minister Imran Khan conveyed their appreciation to the team, and congratulated the nation on the feat. 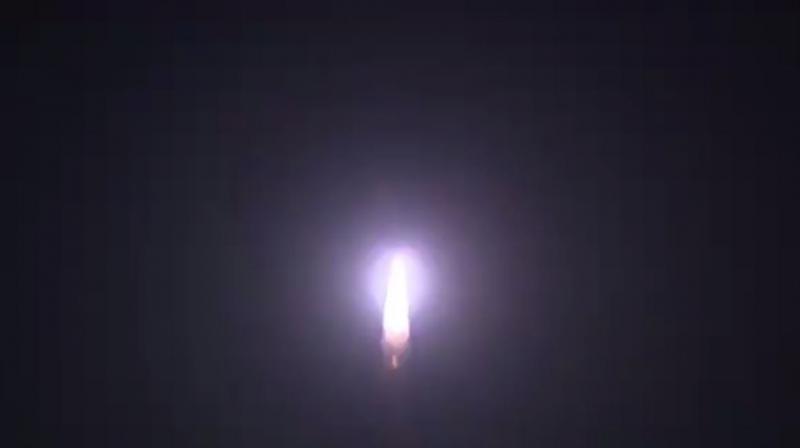 Ghafoor said the ballistic missile is capable of delivering ‘multiple types of warheads’ up to a distance of 290 km. (Photo: video screengrab | @OfficialDGISPR)

Islamabad: Pakistan carried out a midnight training launch on early Thursday, of surface to surface ballistic missile ‘Ghaznavi’. This move by Pakistan coincides with its scaled up efforts to internationalise the Kashmir issue regarding Article 370. Major General Asif Ghafoor, spokesperson of Pakistan Armed Forces, tweeted that the launch was successful.

Pakistan's President Arif Alvi and Prime Minister Imran Khan conveyed their appreciation to the team, and congratulated the nation on the feat, Ghafoor also said.

Ghafoor said the ballistic missile is capable of delivering “multiple types of warheads” up to a distance of 290 km. The Director-General of the Inter-Services Public Relations (ISPR) also posted a 30-second video clip of the missile launch on Twitter and a group of military officers who posed with the missile before the launch of ‘Ghaznavi’.

The timing of this launch is widely being perceived as a part of a two-pronged effort to internationalise the Kashmir issue at a diplomatic level and raise the spectre of nuclear war between the two countries, reported Hindustan Times.

Back in Pakistan however, there is constant predictions and warnings from several government leaders that have directly predicted war between the two neighbours or hinted the possibility. Pakistan Railway Minister Sheikh Rasheed Ahmad prophecy that a full-fledged war will be fought between the two countries in October or November this year, an Indian official said, was part of this campaign.

Pakistan Prime Minister Imran Khan had initially claimed that India was going to carry out some action, in his words “more sinister” than the Balakot strikes, revised his stance saying that the threat to a possible nuclear confrontation when he gave an interview to the New York Times a week ago. He also in a televised addressed stated that both countries have nuclear capabilities, hinting at an armed conflict between the two.