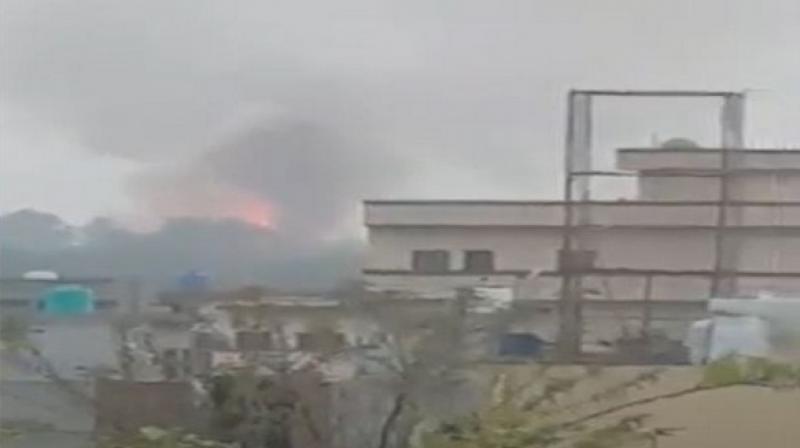 Islamabad: An accidental fire broke out at an ammunition shed near Sialkot Garrison but no loss was incurred during the incident, Pakistan Army informed on Sunday.

The accidental fire broke out in an ammunition shed near Sialkot Garrison due to short-circuiting, the Inter-Services Public Relations (ISPR) was quoted as saying by Ary News.

"Due to effective and timely response, the damages were immediately contained and fire has been extinguished. No damage to property or loss of life," the Pakistan military's media wing said.

Earlier today, an explosion was heard in the city of Sialkot. Media reports said the sound of the blast was reportedly heard near the cantonment area in the Punjab province.