Weeks of student-led protests in the Beijing square were ended when the military rolled in with tanks. 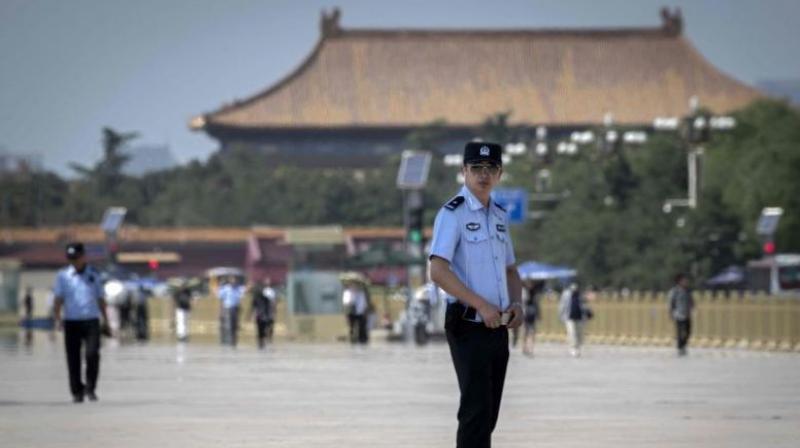 In a rare reference to the bloody incident -- which is usually taboo in mainland China -- the Global Times newspaper insisted the country had more sophisticated methods than those it employed 30 years ago to crush protests in the capital. (Photo: Representational)

In a rare reference to the bloody incident -- which is usually taboo in mainland China -- the Global Times newspaper insisted the country had more sophisticated methods than those it employed 30 years ago to crush protests in the capital.

"The incident in Hong Kong won't be a repeat of the June 4th political incident in 1989," it wrote in an editorial.

"China is much stronger and more mature, and its ability to manage complex situations has been greatly enhanced."

Hong Kong has endured 10 weeks of civil unrest, which have morphed from opposition to a hated extradition bill into a wider, and sometimes violent, call for democratic rights.

An intensifying drumbeat of propaganda and strident warnings have sparked fears that Beijing might look to intervene -- possibly militarily -- in the semi-autonomous city.

Images of flag-waving military personnel and armoured vehicles in the border city of Shenzhen this week added to those fears, with international commentators invoking spectre of the June 4, 1989 Tiananmen crackdown.

Weeks of student-led protests in the Beijing square were ended when the military rolled in with tanks. Images of the operation were beamed around the world.

Estimates on the death toll range from hundreds to thousands, although there is no official figure.

The brutal assault resulted in two years of economic near-stagnation as the country became an international pariah.

Discussion of what is euphemistically referred to as the "June 4th incident" is heavily censored in China, and few Chinese are familiar with the photos that are so well known around the world.

US National Security Advisor John Bolton warned China Thursday against creating a "new" Tiananmen Square in its response to the protests in Hong Kong.

Beijing has repeatedly blamed "foreign forces" for stirring up trouble in the city, which was handed back from Britain in 1997, and the Global Times said Friday that the US would "not be able to intimidate China by using the turmoil 30 years ago".