With a dozen fresh infections, the total number of imported cases has increased to 123 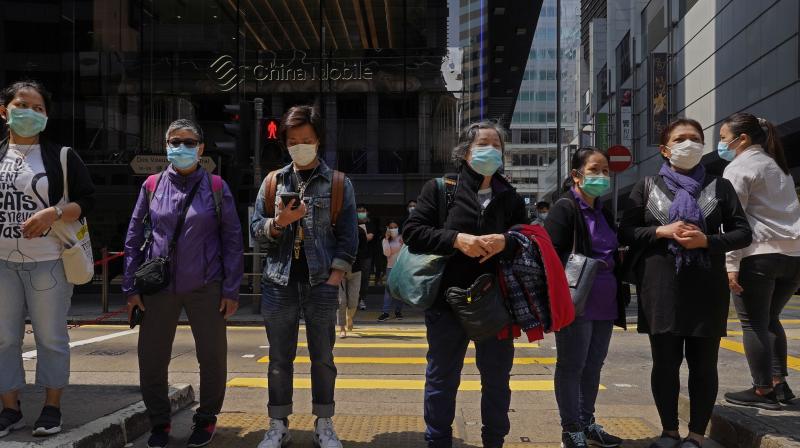 People wear face masks at a down town street in Hong Kong on Monday. AP Photo

Beijing: The coronavirus death toll in China rose to 3,213 with 14 new fatalities, while the imported cases climbed to 123 after 12 new infections were reported, prompting Beijing to make 14-day quarantine in special facilities compulsory for foreigners returning to the country.

As of Sunday, 14 new deaths were reported, taking the death toll due to the deadly virus to 3,213, China's National Health Commission (NHC) said on Monday.

Sixteen new infections of the novel coronavirus on the Chinese mainland were reported in the past 24 hours, bringing the total number of infections to 80,860, the health officials said.

Of those new infections, four were in Wuhan, capital of Central China's Hubei province, the epicentre of the virus, and 12 were imported cases.

With a dozen fresh infections, the total number of imported cases has increased to 123.

Of the 12 imported cases, four were reported in Beijing, four in Guangdong Province, two in Shanghai and one each in Yunnan and Gansu provinces respectively, state-run Xinhua news agency reported on Monday.