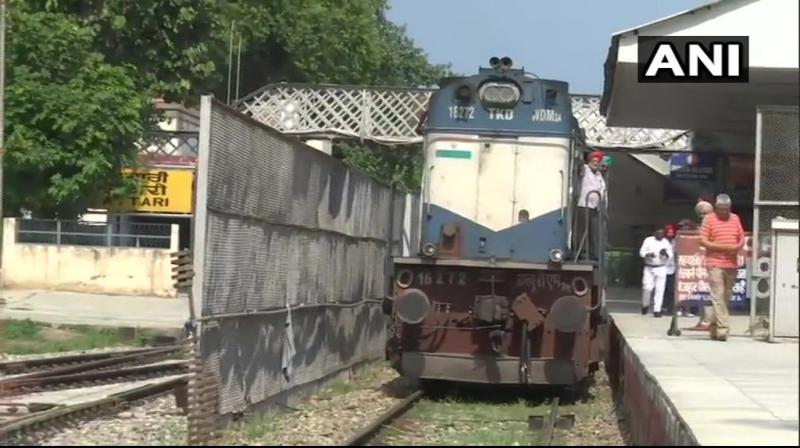 The move to stop Samjhauta Express comes in the aftermath of the abrogation of Article 370 and Article 35 (A) by the BJP-led Central government that provided special rights and status to Jammu and Kashmir. (Photo: ANI)

Islamabad: After deciding to downgrade ties with India, Pakistan on Thursday suspended the operations of the Samjhauta Express, the four-decades-old train service between India and Pakistan, the Pakistani media has reported.

The move by Islamabad comes in the aftermath of the abrogation of Article 370 and Article 35 (A) by the BJP-led Central government that provided special rights and status to Jammu and Kashmir.

Last night after a meeting of the National Security Council chaired by Prime Minister Imran Khan, Pakistan decided to downgrade diplomatic ties. It asked India to withdraw its High Commissioner to Pakistan and also decided not to send its High Commissioner-designate to New Delhi. It also partially shut off its airspace and suspended bilateral trade with India.

Authorities said that Pakistan had stopped the train at Wagah border claiming security concerns, and passengers were stranded briefly. "When we received the information from the Pakistani authorities at around 2:14 pm, we assured them that there are no security concerns and the train should come here. However, we also told them that if necessary an Indian crew and guard will escort the train to Attari," a senior railway official told PTI.

As per the latest information, the Indian crew had moved the train from Wagah and it is expected to arrive at Attari shortly. The Samjhauta Express, named after the Hindi word for "agreement", comprises six sleeper coaches and an AC 3-tier coach. The train service was started on July 22, 1976 under the Simla Agreement that settled the 1971 war between the two nations. On the Indian side, the train runs from Delhi to Attari and from Lahore to Wagah on the Pakistan side.

Last time, the operations of Samjhauta Express were suspended on February 28, following the Pulwama terror attack that was carried out by Pakistan-based terror group Jaish-e-Mohammed or JeM that killed more than 40 CRPF jawans on February 14. But it was resumed shortly later.

It was a daily train when the service started and changed to a bi-weekly schedule in 1994. The border crossing takes place between Wagah in Pakistan and Attari in India.

Meanwhile, calling its steps in Jammu and Kashmir as an "entirely internal affair", India on Thursday rejected Pakistan's unilateral move to downgrade diplomatic ties and asked Islamabad to review them so that normal channels for diplomatic communications are preserved.